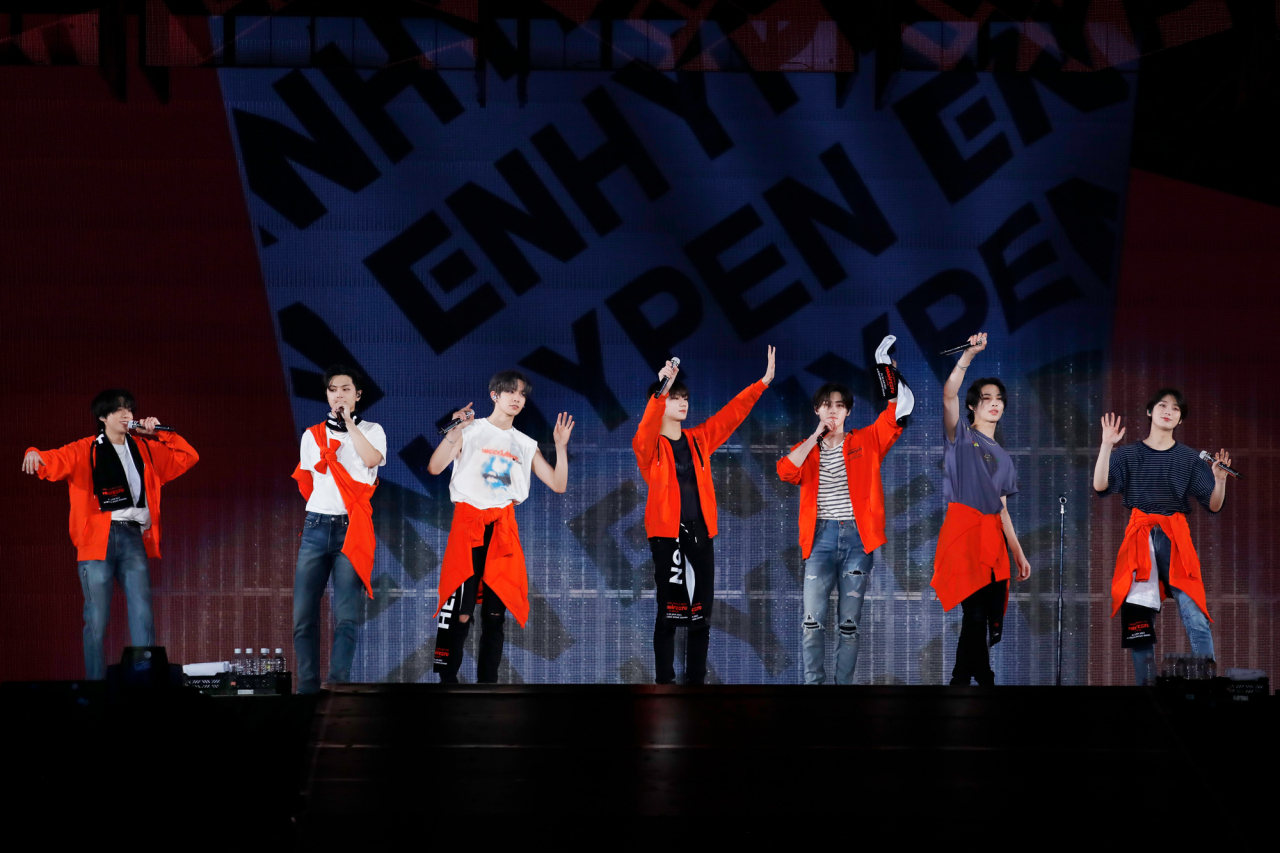 K-pop boy band Enhypen made a magnificent dome debut in Japan's Osaka, leaving an unforgettable mark in their journey.

The seven-piece group held concerts at Kyocera Dome in Osaka over the weekend. The gigs were conducted as part of the act's first world tour "Manifesto" that has been running since September.

The act's dome debut comes two years since its debut in November 2020 and a year and a half since its Japan debut in July 2021.

And it was a successful dome debut indeed. Both nights in Kyocera Dome sold out, with 80,000 fans flocking to the stadium. More fans watched the show on Saturday through real-time broadcasts at 163 cinemas in South Korea and Japan, while on Sunday, global fans enjoyed the concert from their homes via livestream.

Appearing on the stage in shining white outfits on Sunday, Enhypen kicked off the night with "Walk the Line" and "Given-Taken." Pumping up the excitement with "Flicker," they took a step closer to their Japanese fans with their original Japanese songs "Always" and "Forget Me Not."

"Our dream venue Kyocera Dome has been filled up with Engene (the official fandom) and the Engene (light) sticks for two straight days. It's really overwhelming. I want to remember this moment forever," Jay said during the act's first talk session.

Ni-Ki, who hails from Japan, addressed the fans in Japanese. "We're able to hold another 'Manifesto' show with tens of thousands of Engenes thanks to you guys, Engenes," Ni-Ki said, adding, "We will return (your love) with another amazing concert tonight." 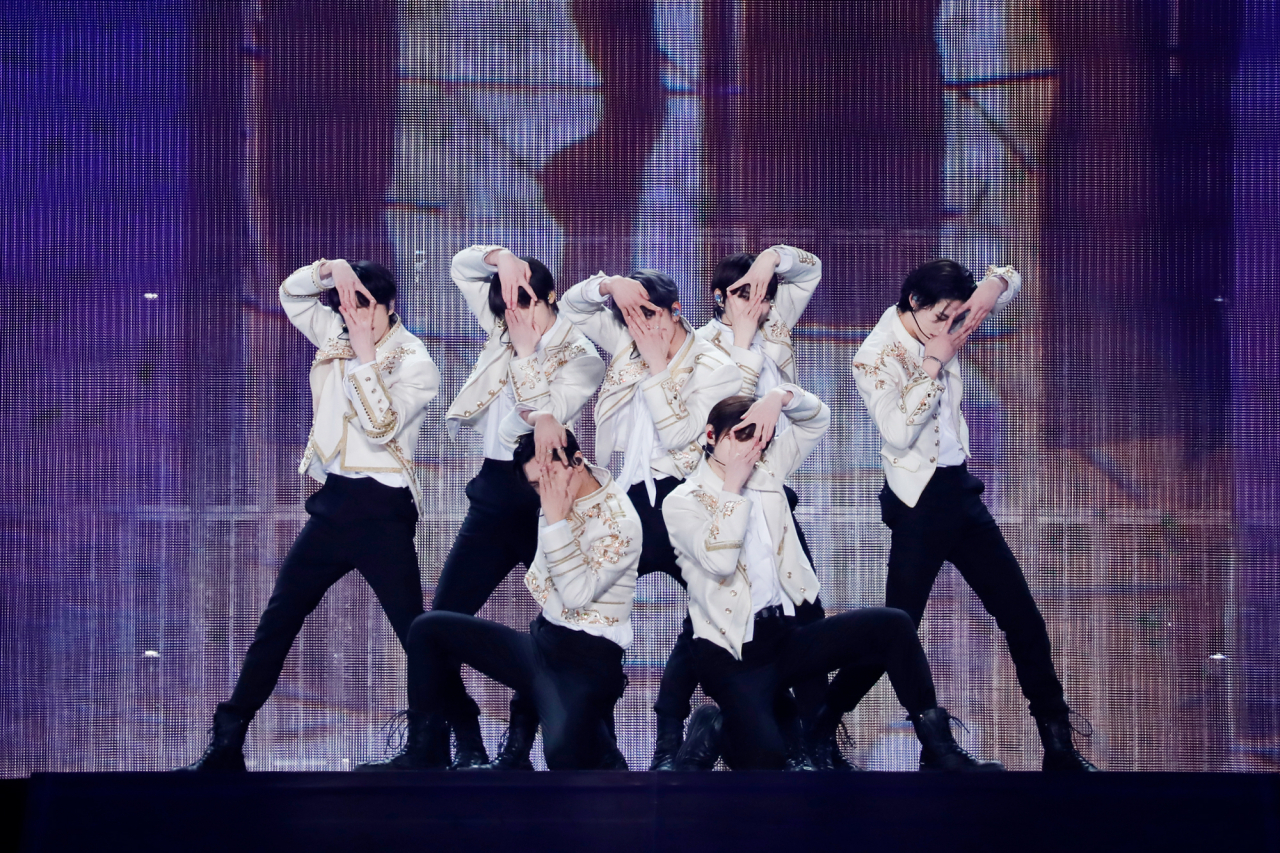 The night was a roller-coaster ride through the best of the act's Korean and Japanese discographies, including "Drunk-Dazed," "Tamed-Dashed" and "Polaroid Love."

In between songs, the members tried to connect closer with the fans through talk sessions during which they also played games to amuse the fans. The members spoke mostly in Japanese throughout the show. The Korean members tried their best to address their fans in Japanese, with members such as Jay and Jungwon showing fluency, while others continued with the help of Ni-Ki and an interpreter.

Before closing the show with encore songs "ParadoXXX Invasion," "Shout Out," "Forget Me Not," "Attention, Please!" and "Go Big or Go Home," the septet gathered to give their last speech to the fans.

"So this moment has come. I just can't believe I have performed in front of such big crowd. Today was even better than yesterday. Your reactions were bigger, so big that it took me aback," Sunwoo said.

"Thank you Engenes for making such a great memory and to our members who have trained so hard for the dome tour. I want to tell ourselves, 'Well done!'" the group's leader Jay said in Japanese, to which Jake gave a hug and took the mic. 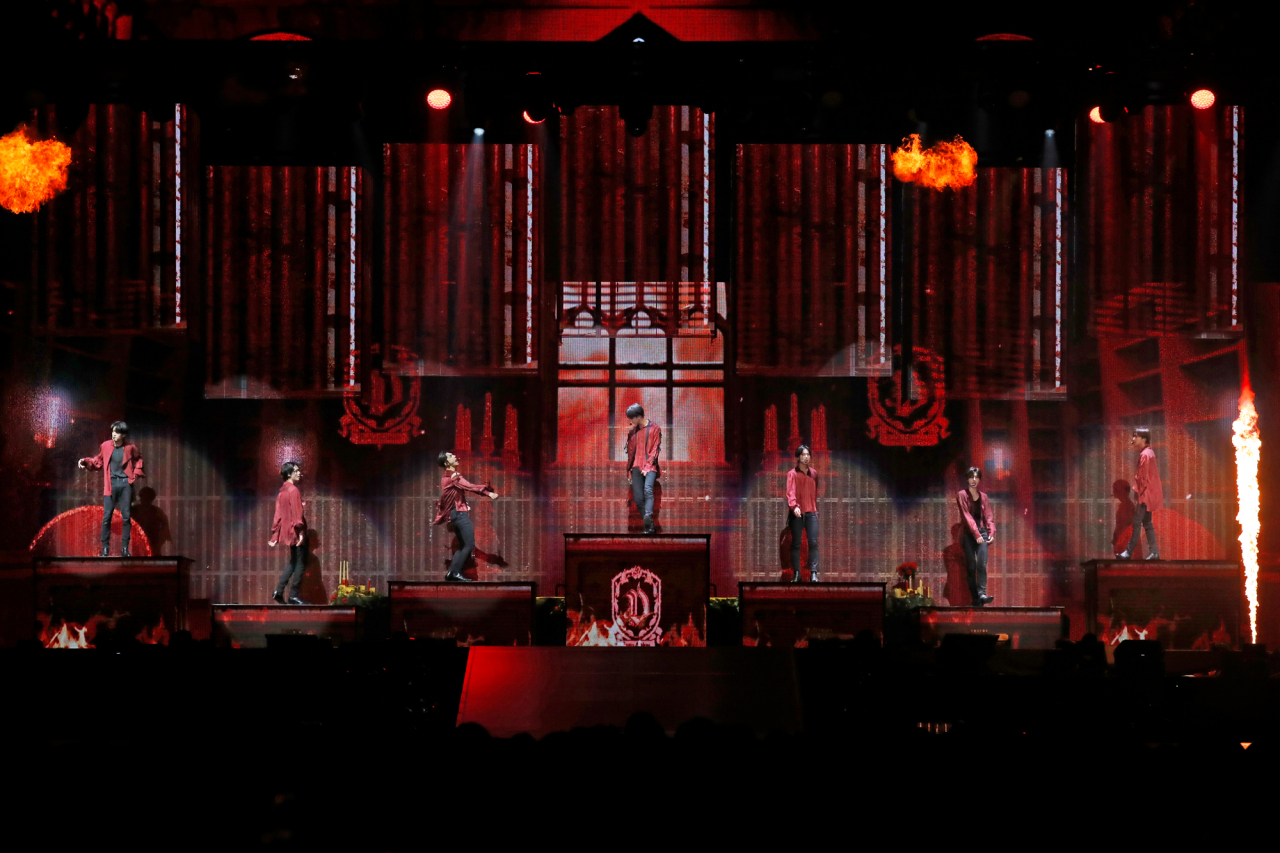 "I'd been so worried and nervous as we prepared for the dome tour, but it was all pointless because it was much more fun than I'd expected and I felt happy seeing you guys enjoy the shows," Jake said.

"Engenes, you guys are truly our energy. Thank you," said Heeseung, adding, "I know how lucky it is that we could have a concert with so many people in just two years (of debut). We'll work harder so that we can hold even better shows in the future."

Jungwon said his parents had attended the show that night.

"I think I felt more pressure tonight because my parents are here. I'm happy that I'm able to show them how much love we are receiving from Engenes, and I want to tell you guys that I'm really thankful," Jungwon said, adding, "I love you," in Japanese.

Sunghoon, who had suffered throughout the show due to a hoarse throat, apologized for his condition.

"It's a shame that my throat has worsened since yesterday," Sunghoon began, but the crowd cut him short, shouting out "It's Okay" in unison.

"Yes, it's okay. Because we're here in our first dome together. Although I'm a little sad, hopefully we'll be able to return again. And I'll be better next time," Sunghoon added. 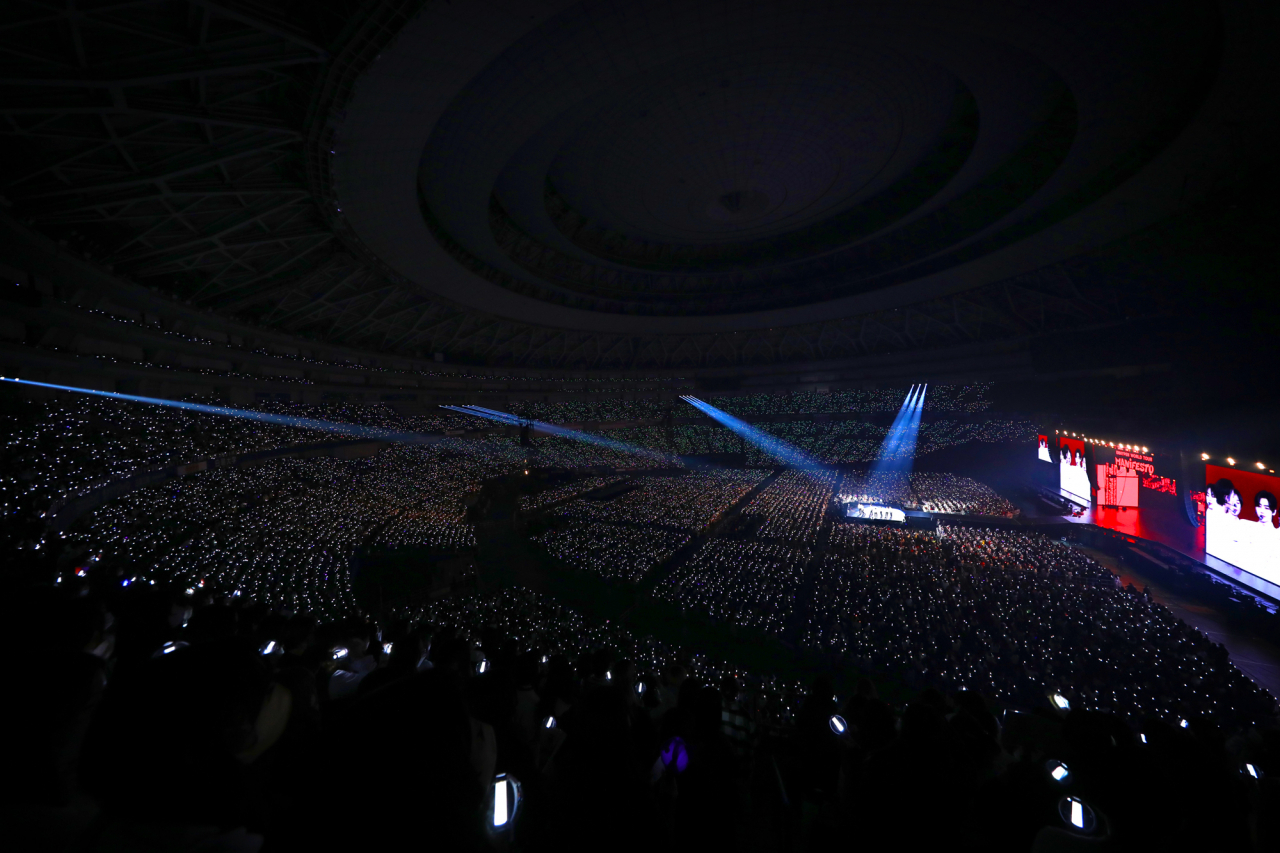 The night seemed to hit Ni-Ki differently, as it was his biggest-ever concert in his home country.

"It has been my dream even before debut to stand here and hold a concert and I honestly didn't expect it will happen," Ni-Ki said, his voice trembling with tears. "I didn't expect there to be this many Japanese Engenes, and this time at Kyocera Dome has made me realize that and I couldn't have been happier."

Kicking off its first world tour "Manifesto" in September in Seoul, Enhypen took the series to Japan in November and held six sold-out shows in three cities, racking up a total of 60,000 audience.

After the Japanese chapter of "Manifesto," Enhypen will hold concerts in Bangkok, Thailand, on Jan. 28-29, and in Manila, the Philippines, on Feb. 4-5.