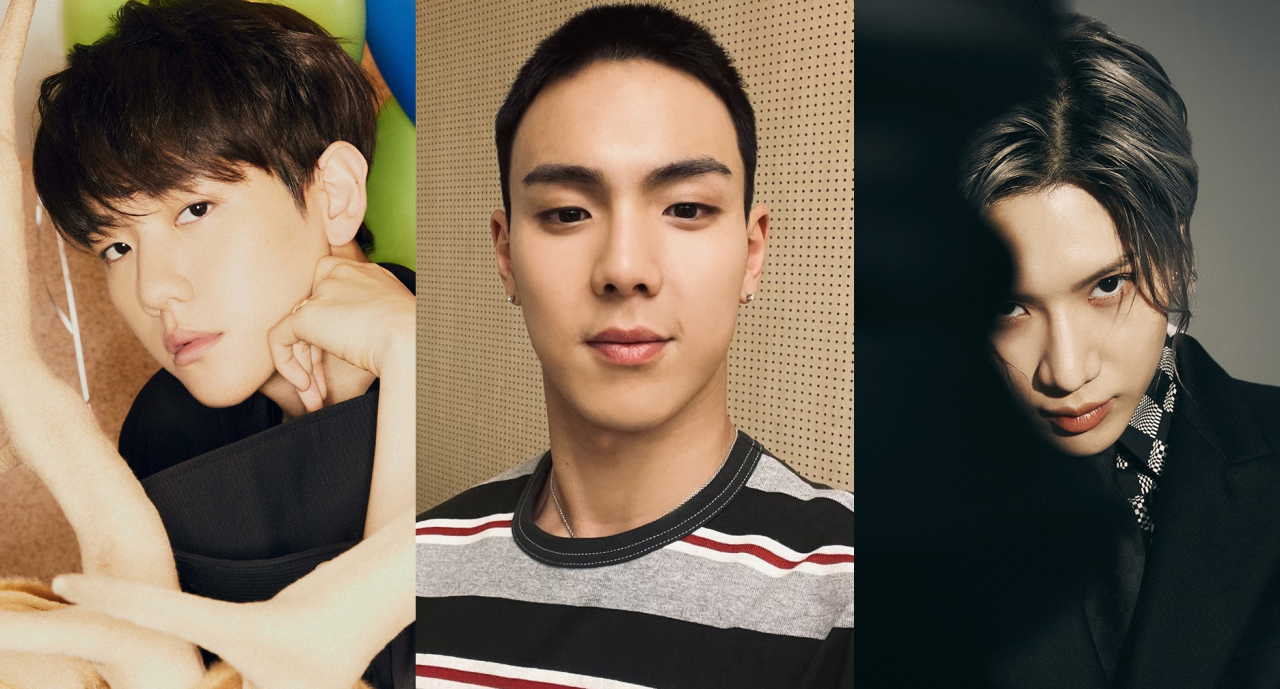 All able-bodied South Korean men are obligated to serve in the military, with even the biggest K-pop superstars no exception.

Unlike in the past, when conscription essentially meant a career death sentence for K-pop idols, many singers now return back to their group after serving approximately 18 to 22 months of duty to embark on a fresh new journey.

This year greets a string of K-pop musicians from big groups returning to civilian society.

Victon's Han Seung-woo, also the brother of singer-turned-actor Han Sun-hwa, is first ready for release. The eldest member of the six-piece act, Seung-woo enlisted in July 2021, and is currently serving in the military band. Seung-woo is set to be discharged on Jan. 27.

In February, Exo's Baekhyun comes out next. Baekhyun began his service in May 2021 as the fifth of nine bandmates to enlist. Baekhyun was assigned to be a social service agent instead of an active-duty soldier due to hypothyroidism. With Baekhyun set to complete his service on Feb. 5, fans expect Exo to make its long-awaited full-group comeback, as Suho, the group's leader, posted not-so-cryptically on social media on Jan. 1: "2023 Exo is coming back."

Baekhyun's labelmate of SM Entertainment, Taemin of Shinee is set to complete his service on April 4. Taemin initially began his service in the military band, but was transferred to reservist duty about a year ago owing to mental health issues. In a statement released by SM, Taemin had reportedly been suffering from depression and anxiety from before his enlistment and the symptoms worsened after he began his service. Anticipations for Shinee's complete comeback as a quartet are also climbing high with Taemin's discharge. 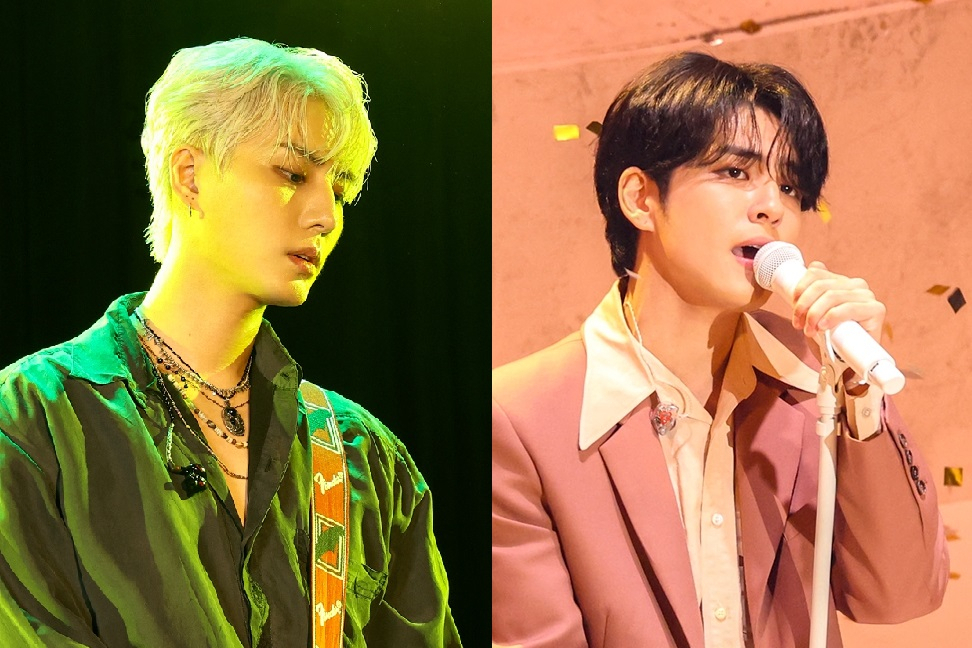 Two members of Day6 are set to complete their duties this year, with Young K being discharged first on April 11. In October 2021, Young K began his service in the Korean Augmentation to the US Army, as the first idol musician to enlist in the very selective branch. In March, Wonpil followed suit by enlisting in the Navy, also as the first idol musician to serve in that branch. Wonpil is slated to be discharged on Nov. 27.

Monsta X leader Shownu is set to finish his service on April 21. He will be the first member of the six-piece act to fulfill his duty. Shownu enlisted in July 2021 as a public service worker due to health issues regarding his left eye.

In June, just as with their enlistment a year and half ago, the group ONF is set to be discharged together. In December 2021, the whole group -- barring its only non-Korean member U, who is from Japan -- enlisted together in the Army, becoming the first group to do so. Unexpectedly, the group gained more fame inside the military, as a video of the five performing during a military-organized event caught the public eye and went explosively viral on the internet. The boy band is set to make a comeback with its summer discharge. 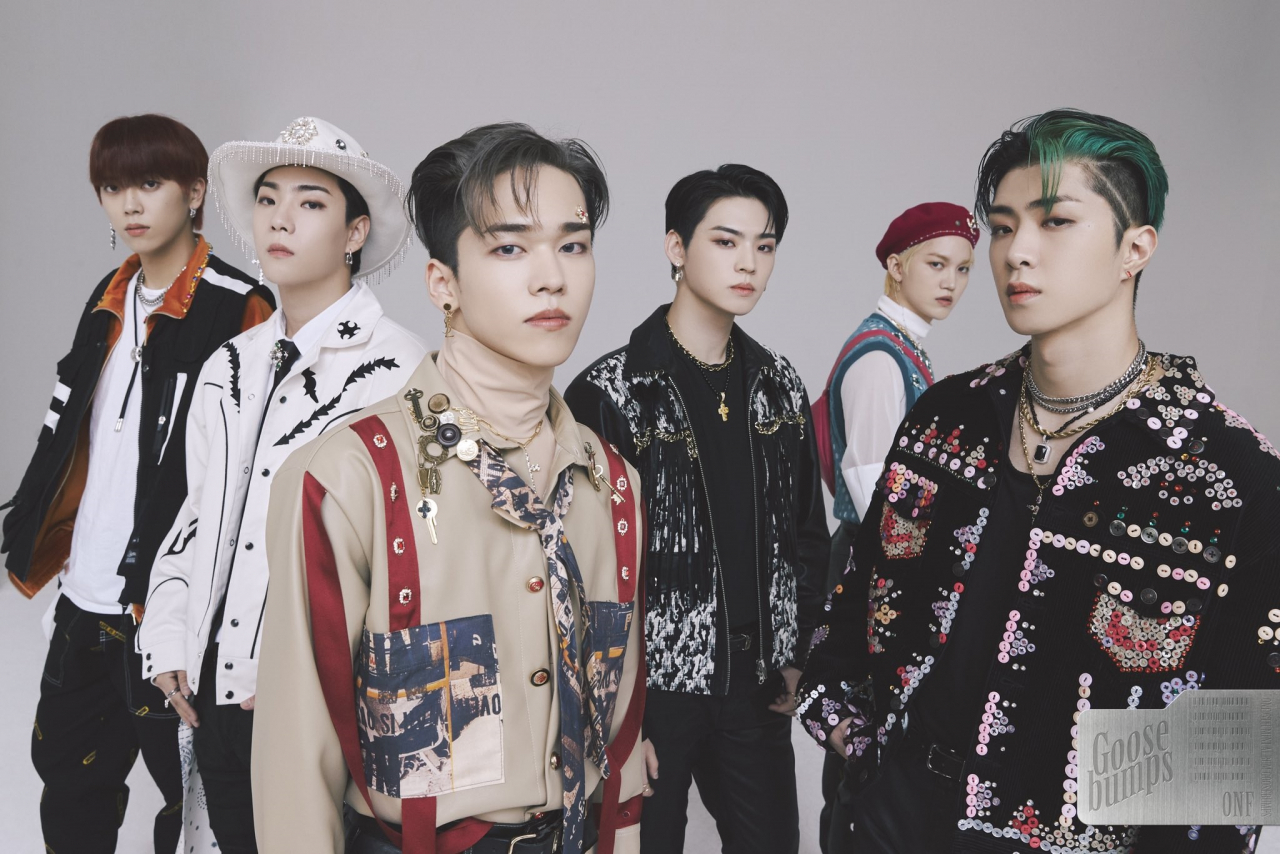 September will see several K-pop stars leave the military. SF9's Inseong and Block B's P.O are serving in the military band, Inseong in the Army until Sept. 20 and P.O in the Marine Corps until Sept. 27. Golden Child's leader Lee and SF9's leader Young-bin are to be discharged together on Sept. 28.

Along with Day6's Wonpil, Astro's MJ is to end his service in November.