Watching movies at theaters during the Seollal holiday is a rite of sorts for South Korean moviegoers, as more people spend time at home rather than traveling outside the city over the extended holiday period.

It is also an important season for filmmakers and distributors, as the country's box office hits prove that films opening during the family holiday season record relatively higher ticket sales. Examples abound, such as family drama "Miracle in Cell No. 7," which opened during the Seollal holiday in 2013 and lured in 10 million people in about a month.

While families and couples prefer lighter comedy fare for Seollal to lift the mood and relax, this year's movie lineup for the Lunar New Year's is more diverse than ever, from action flicks to comedy and drama.

Get into the spirit of the holiday with a variety of South Korean films, from blockbusters to indie films and family animations – or simply join the crowd watching "Avatar 2" in 3D before it is too late.

Just before the Seollal holiday season, two films released at local cinemas Wednesday, both of them featuring star-studded casts with veteran actors.

“The Point Men,” featuring Hwang Jung-min and Hyun Bin, and “Phantom,” featuring Sol Kyung-gu, Lee Ha-nee and Park So-dam, will duel it out for box office primacy over the holiday. 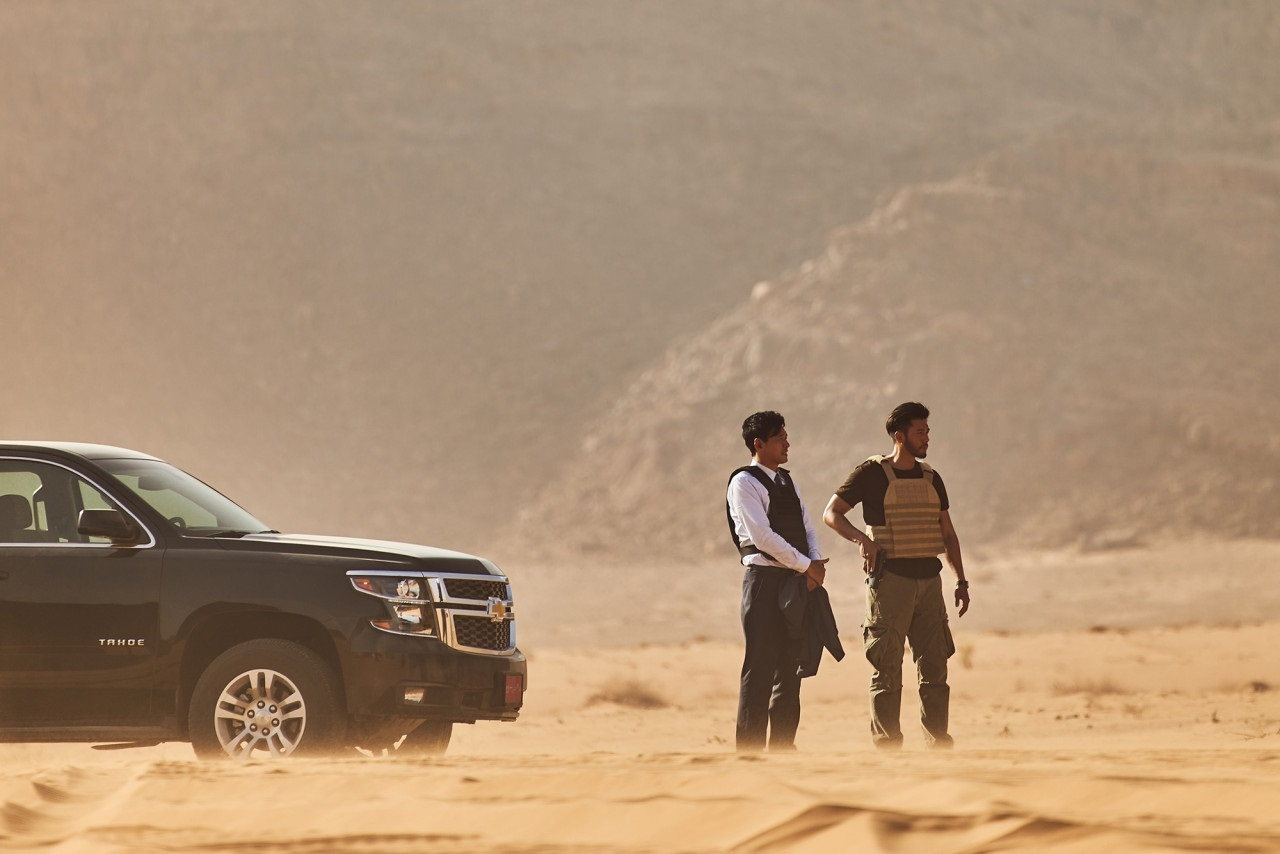 “The Point Men” (Plus M Entertainment)

“The Point Men,” directed by Yim Soon-rye, who is known for the humanism and relaxing mise-en-scene in “Little Forest” (2018), centers on an Afghanistan hostage crisis based on the real-life 2007 incident when 23 South Koreans on missionary activities were abducted by the Taliban.

Director Yim picked Jordan, a country with exotic scenery and distinctive sets, to shoot the movie. It is Yim’s first action movie, and she adds a humanistic touch to the genre. 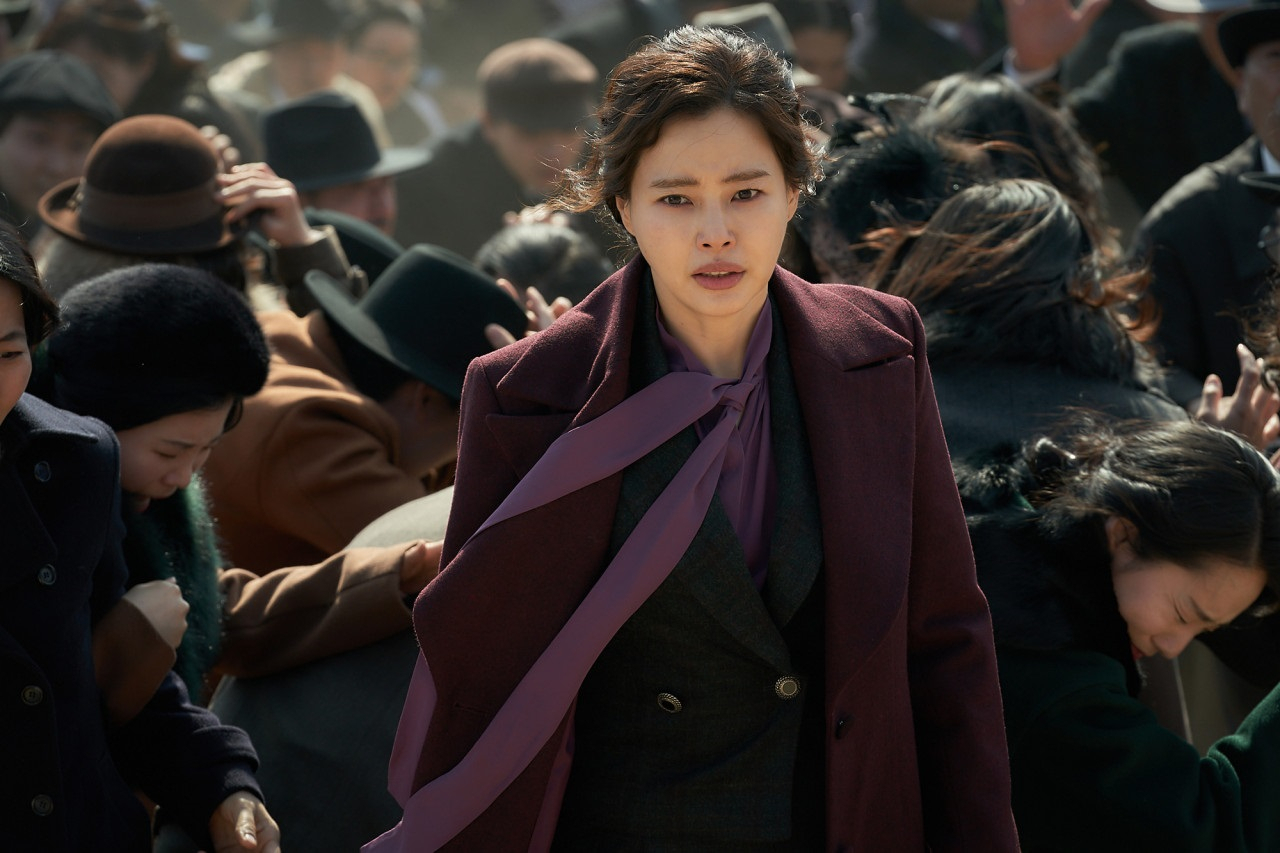 “Phantom” focuses on five characters who are locked inside an isolated hotel after they are suspected of spying against the Japanese Government-General of Korea in 1933.

Lee, who was also behind the gripping characters and colorful mise-en-scenes of “Believer” (2019), uses deep purple, orange and green in the set design, background and outfits of the characters. The overall mood of the film is expressed in rich colors mixed with stylish and sophisticated fashion.

Masterpieces not to be missed

The Seollal holiday can be a great opportunity to catch up on Hollywood blockbusters if you have not had a chance to get out to the theater lately. 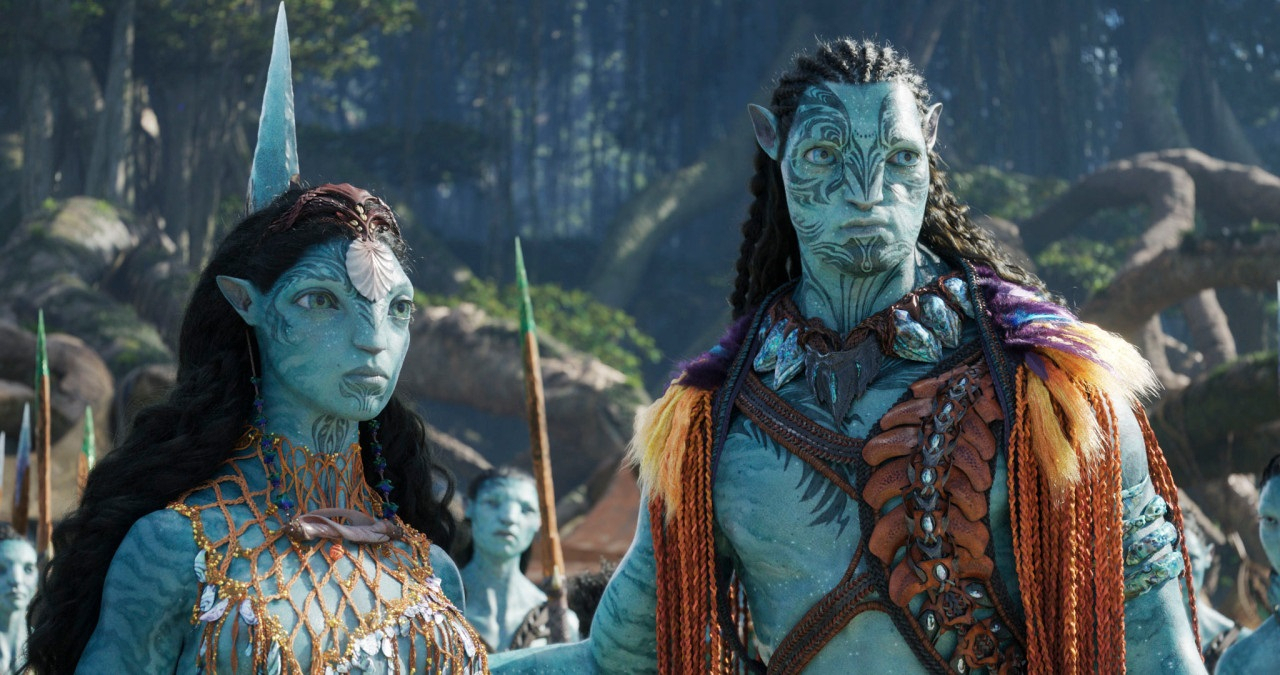 Long-awaited Hollywood sci-fi film “Avatar: The Way of Water” has been in the No. 1 spot at the local box office for five consecutive weeks, since its release on Dec. 14.

As of early this week, it has topped 9.4 million admissions, creeping closer to the original "Avatar," which attracted 13.4 million moviegoers here 13 years ago.

As the title suggests, the majority of the scenes in "Avatar 2" are set in the ocean, introducing a new oceanic tribe of Na’vi called Metkayina. The film runs three hours and 12 minutes, nearly 30 minutes longer than the original. 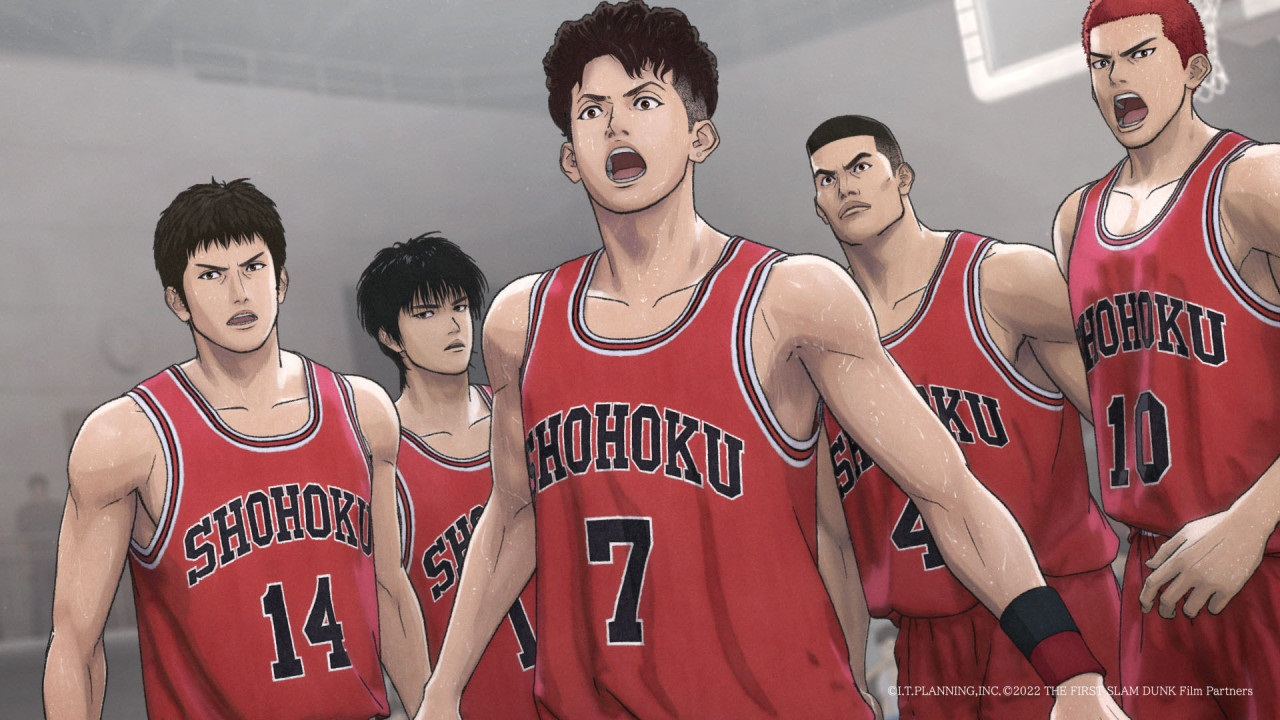 For those in their 30s and 40s, it might be hard to stay away from “The First Slam Dunk,” an animated sports film based on the "Slam Dunk" manga series written and illustrated by Takehiko Inoue.

Unlike the original manga, the film tweaks the storyline by setting the main protagonist as point guard Ryota Miyagi, instead of power forward Sakuragi Hanamichi. 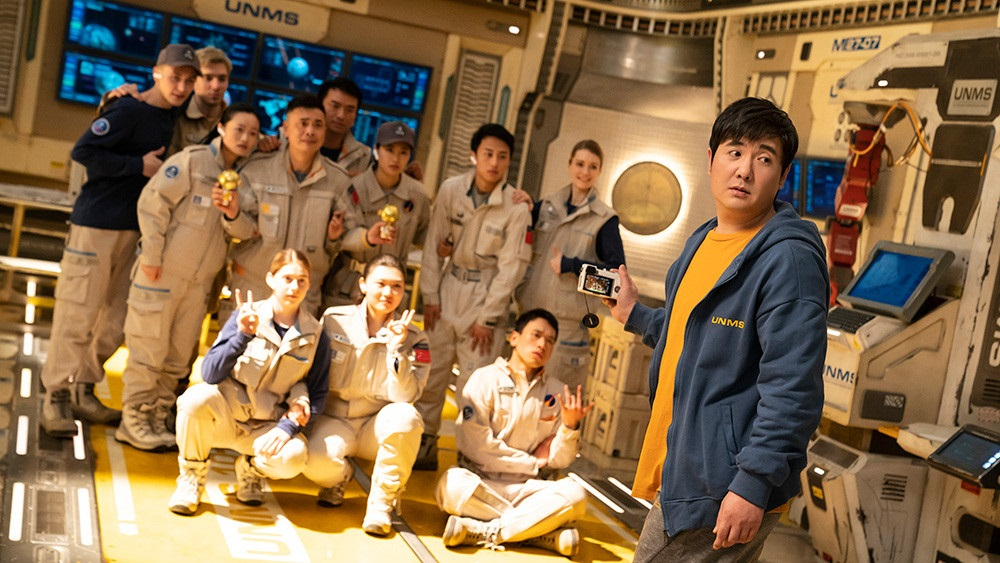 Chinese sci-fi comedy film “Moon Man,” featuring comedy star Shen Teng, is about a man who becomes accidentally stranded at a lunar research facility after an asteroid destroys Earth , leading him to believe he is the last man alive.

The film was adapted from the Korean webtoon “Moon You,” by Cho Seok, but the cinematic remake has added an element of romance. “Moon Man” shows a perfect example of a well-made comedy flick with a solid storyline enhanced by high-quality computer graphics and special effects.

Indie films, if you are looking for quietly moving story

“Even If This Love Disappears Tonight” opened in theaters in November, but continues to attract female moviegoers in their teens and 20s for its heartwarming love story between two high schoolers. 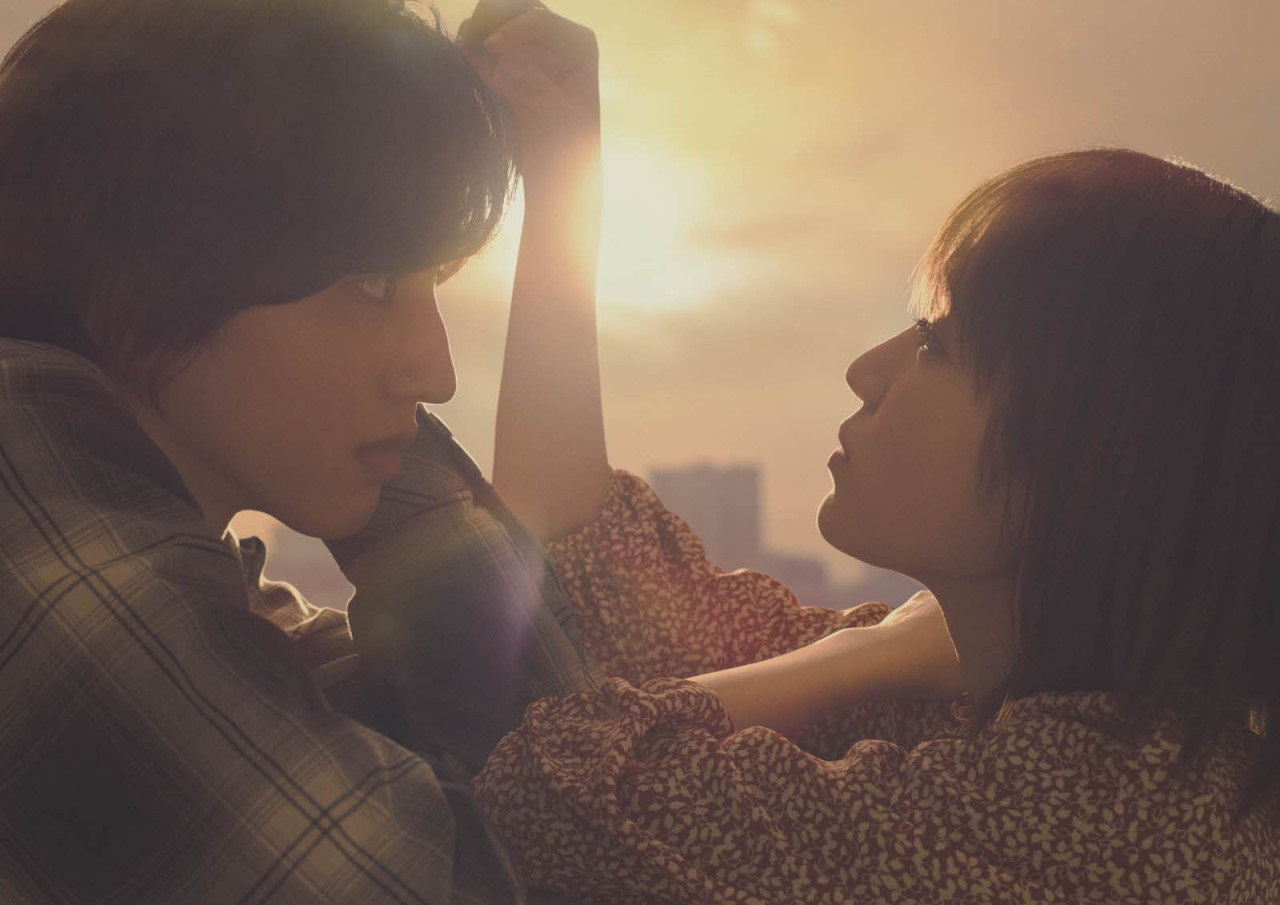 “Even If This Love Disappears Tonight” (BY4M)

High school students Toru Kamiya (Shunsuke Michieda) and Maori Hino (Riko Fukumoto) go on a date despite Maori suffering from a condition in which she loses all memory of the previous day upon waking the next morning. Toru promises Maori as many happy memories as possible, while Maori keeps a diary to log everything she does with Toru.

The film having gone viral among young people here, actor Shunsuke Michieda will be in Seoul on Tuesday and Wednesday to meet with local cinemagoers and fans. 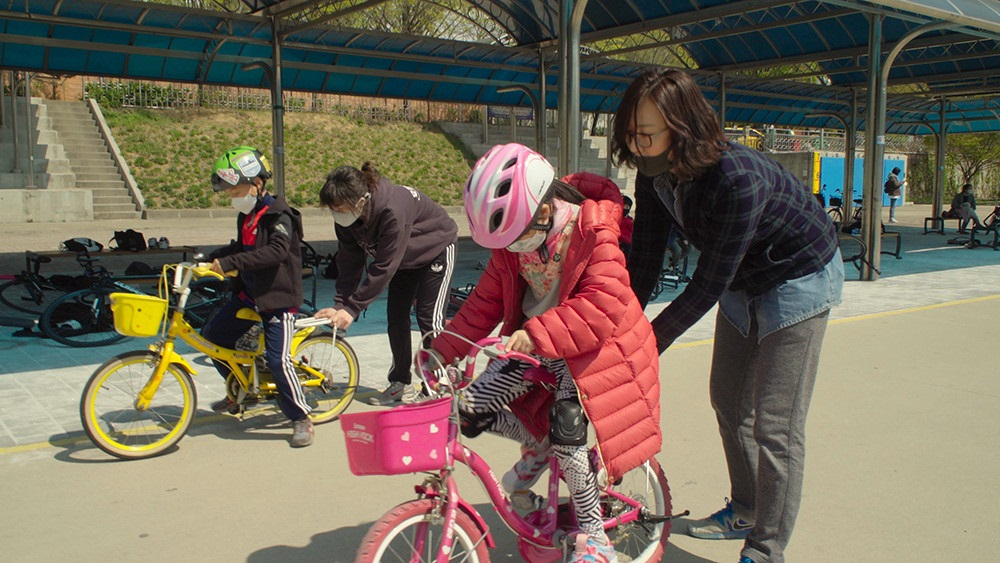 Documentary film “The Teachers: Pink, Nature Trail, Ridge Between Rice Paddies, Plum” tells a story of teachers and caregivers working at “Acorn After School” in Mapo-gu, Seoul, a school known for its strong bond among community members. The documentary follows the everyday lives of five teachers who are not accepted as regular teachers outside this school, despite over a decade of experience.

“A Winter Story” by legendary filmmaker Shin Sang-ok was released 18 years after he wrapped up filming in 2004. Shin suddenly passed away two years later.

The film, which was director Shin’s 75th project to be submitted to the Cannes Film Festival, depicts a conflict between a man with senile dementia and his daughter-in-law who takes care of him.

“Persian Lessons,” a war drama, tells a story of a Jewish man who pretends to be Iranian to avoid being executed in a concentration camp during World War II.

Another South Korean documentary, “Girl Who Dreams about Time” talks about a young woman who struggles to find her real ego after being trapped in generational and cultural mythology. Su-jin, played by Kwon Su-jin, feels a calling to become a shaman just like her grandmother. But she is still young and also wants to go to university to lead an ordinary life.

What to watch with the whole family

“Mother Land,” South Korea’s first major stop-motion animated film in 45 years, is about a little girl named Krisha and her younger brother Kolya, from a nomadic tribe called Yates living in the tundra. 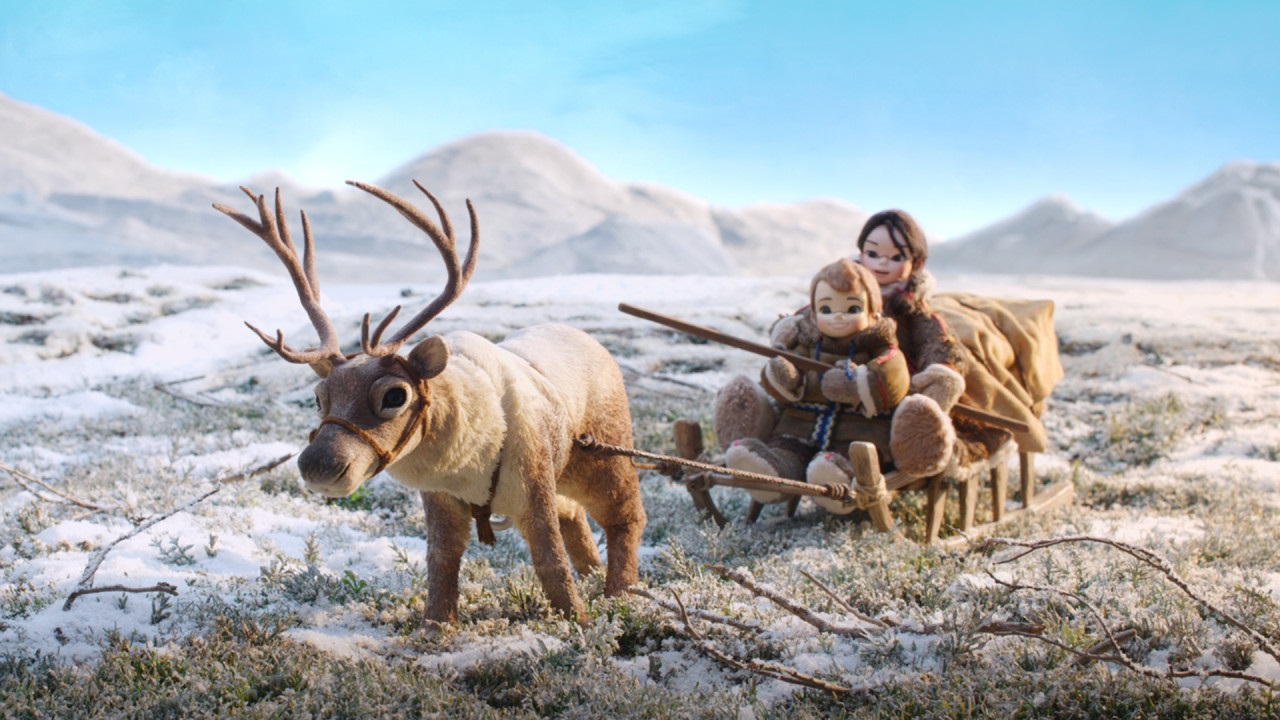 Motivated by SBS’s “The Last Tundra,” a documentary series that aired in 2010, the film shows a variety of handmade settings such as endless snowy fields and a mesmerizing aurora created using Styrofoam and fabrics.

A staff of 36 worked on making a total of 22 dolls. Using 10 different sets, the film features 850 stop-motion scenes. One particular scene took as long as two days to complete. 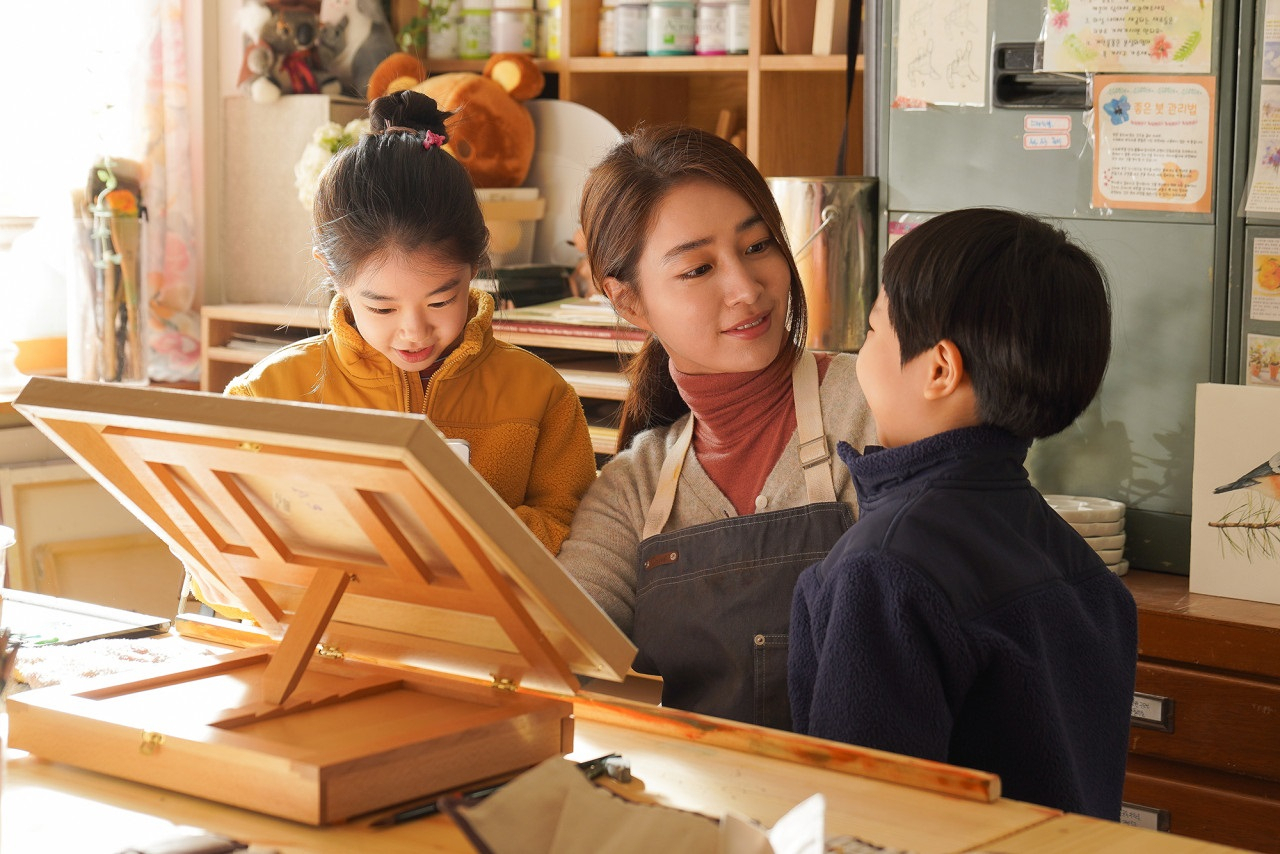 Just like any relatable family comedy film, “Switch,” which opened on Jan. 4, asks a question common to films with a family theme: What is happiness? What will you do with your loved ones if you cannot see them again?

The film has already garnered rave reviews for its easy-to-approach storyline and witty characters played by familiar characters like Kwon Sang-woo and Lee Min-jung. 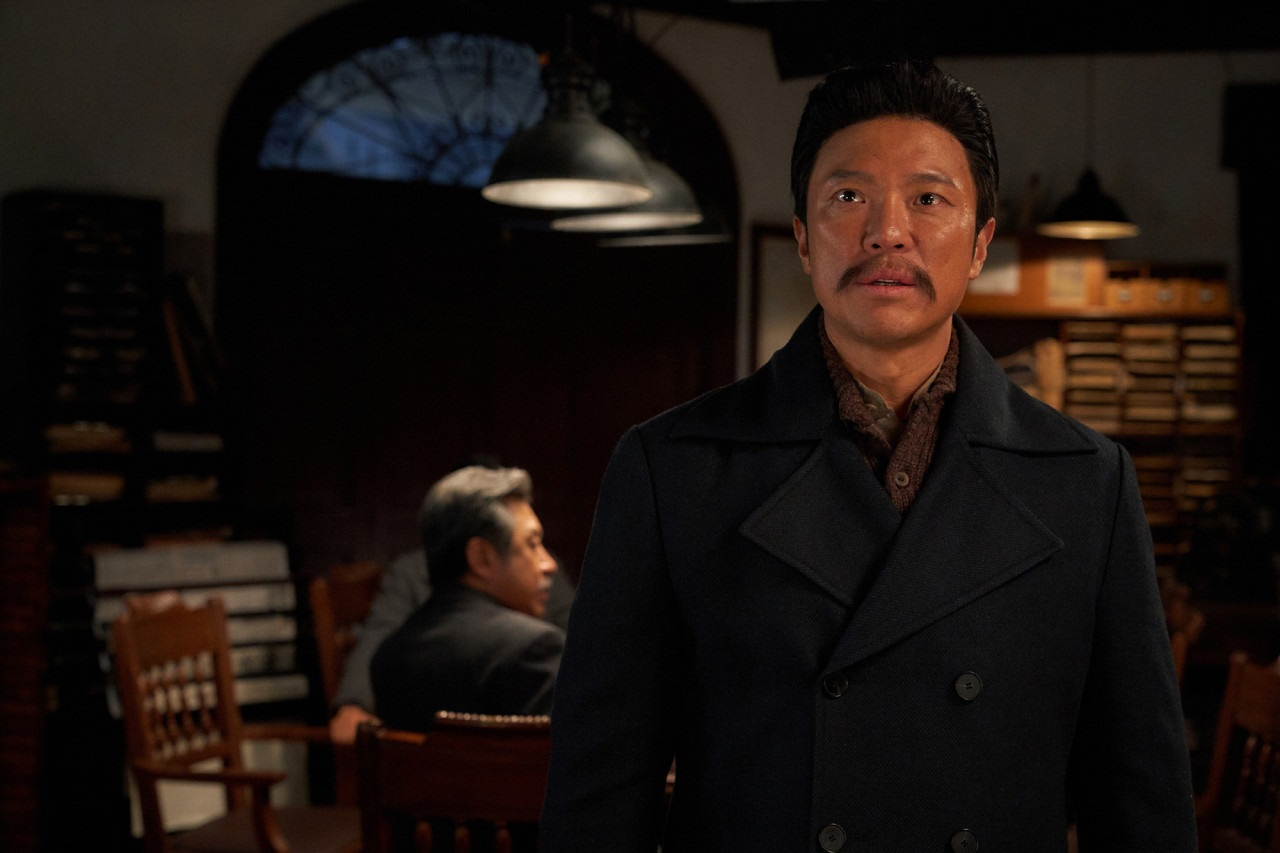 “Hero” covers the story of Ahn, who assassinated Japan’s first resident general of Korea, Ito Hirobumi, at Harbin Station in northern China on Oct. 26, 1909. Five months later, Ahn was executed in a Chinese prison at the age of 34. 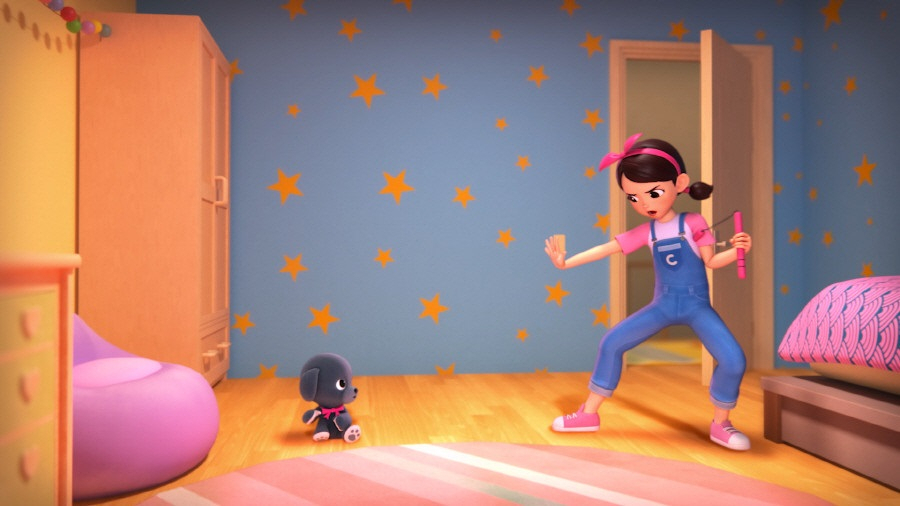 Films like “Lyle, Lyle, Crocodile” and “Charming” transport moviegoers to their younger selves with rhythmic songs. With young children, try “Carrie & Superkola,” a fantasy adventure about 11-year-old Carrie and her friends fighting against space villains with Superkola.