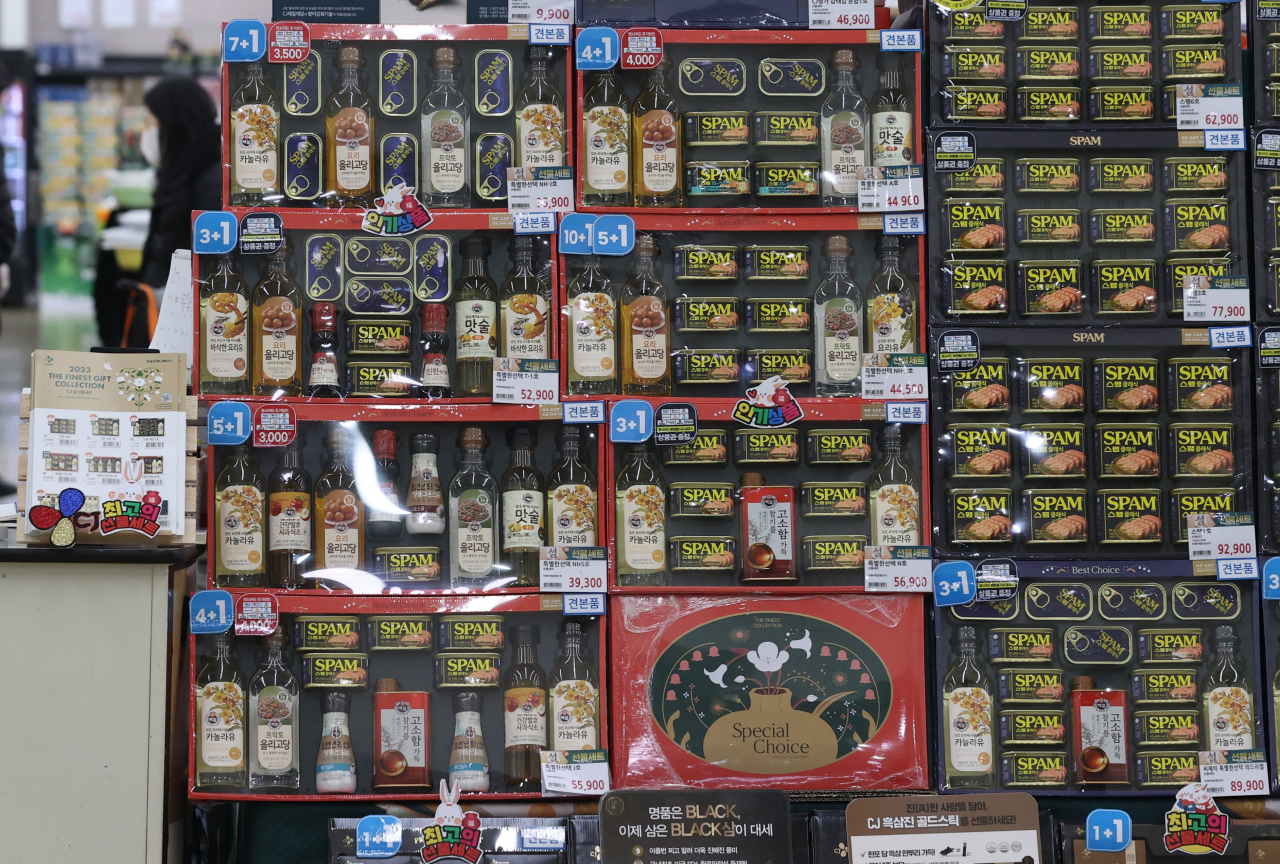 Seollal gift sets are displayed in a discount store in Seoul on Jan. 11. (Yonhap)

South Koreans’ Seollal gift packages appear to have no limit on what they can contain.

Gift packs full of spam, preserved tuna or soap are the most frequently exchanged. However, there are thousands of different Seollal gift sets.

South Korean convenience store chain GS25 in December unveiled its Seollal gift catalog with more than 850 kinds of gift sets, which include a 9 million-won ($7,260) bottle of Le Pin wine while another includes a rabbit-carved gold medal for the coming year of the rabbit.

But looking back, Seollal gift options have changed through the times. 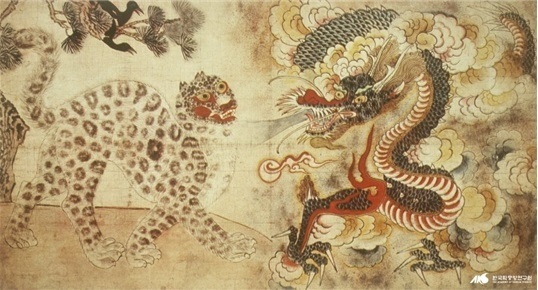 A Joseon-era picture of a tiger and dragon being attached to a gate. (The Academy of Korean Studies)

During the Joseon dynasty, there was a custom called “Sehwa.” Koreans exchanged pictures called “Sehwa” of a person, animals or plants on Seollal. The pictures were attached to a gate with hopes of attracting fortune and repelling evil. 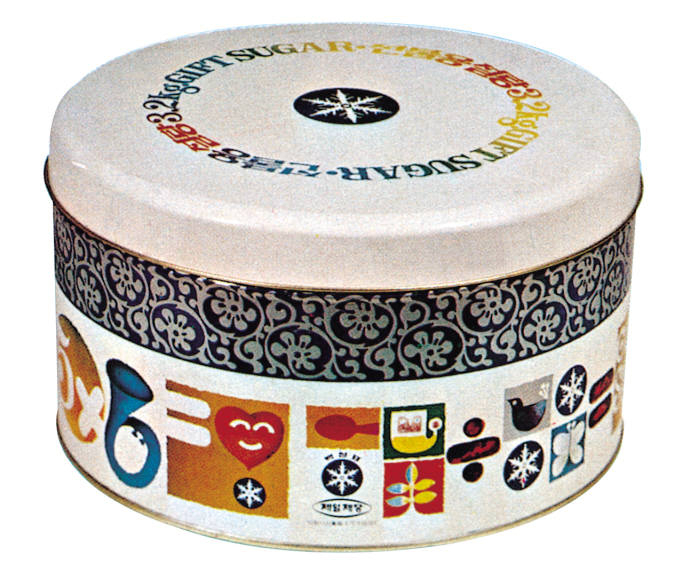 Sugar was one of the most popular gifts for Seollal back then, according to South Korean distributor Shinsegae’s report in 1995, due to the lack of basic commodities. So flavor enhancers became popular Seollal gifts. 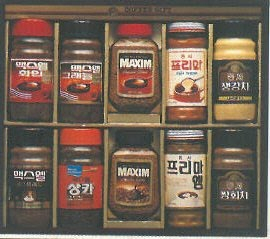 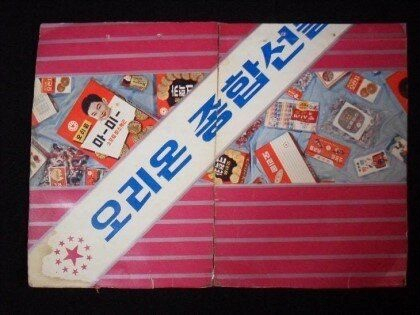 Sugar and seasonings still topped the list of Seollal gifts in department stores in the 1970s, but more and more manufactured products became gift options as the country's industries advanced.

Retailers came up with toothpaste, soap, underwear, socks and processed foods to give as gifts during that era. 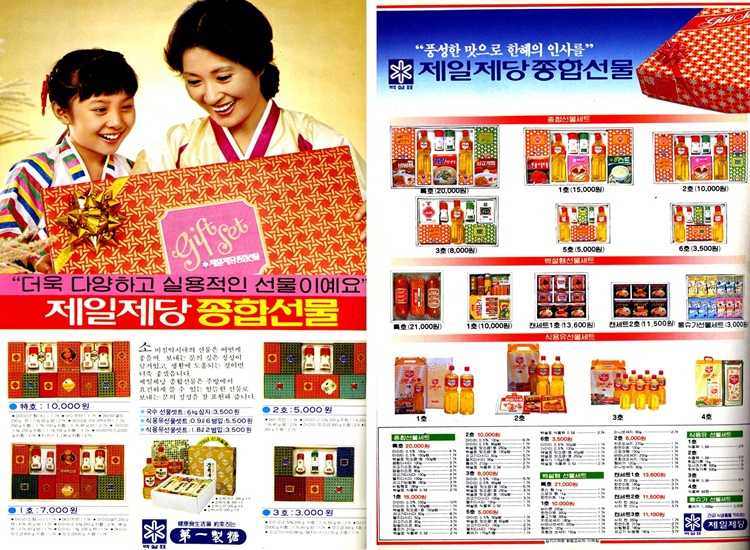 Holiday food gift advertisement of CheilJedang in the 1970s and 1980s. (CJCheilJedang) 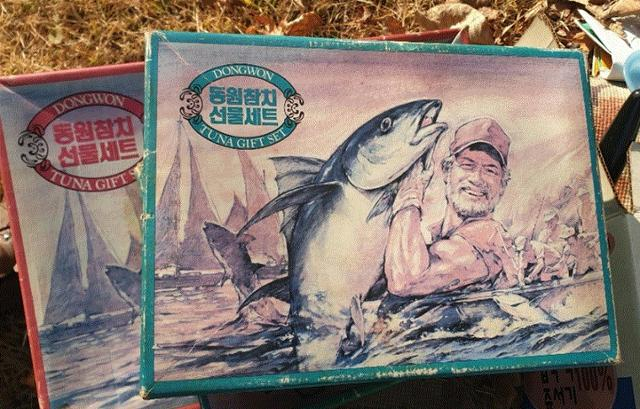 In the middle of sharp economic growth during the 1980s, exchanging Seollal gifts became a widespread practice in South Korea, with items such as canned ham, tuna and beef rib packages -- still common holiday gifts today -- first hitting shelves during this period.

There also was an explosive change in the type of gift products, making fashion items such as ties, purses, scarves and belts popular to give.

Since the late 1980s, increasing public interest in health also became visible as holiday gifts, such as lingzhi, ginseng or other traditional medicine herbs, which became popular during this era. 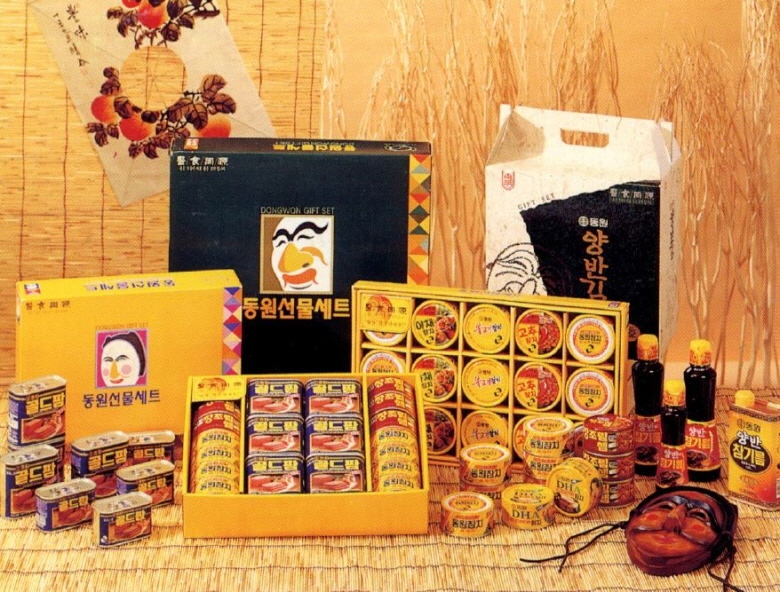 Department store gift cards also began to be distributed as holiday gifts in 1994.

The gifts continued to be diverse and luxurious in the 1990s. But the Asian Financial Crisis in 1997 returned consumers to commodities, such as cooking oil and canned food, at relatively low prices. 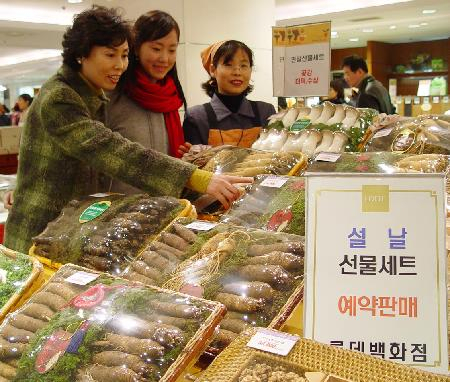 Overcoming the financial crisis, South Koreans in the 2000s took an interest in "wellbeing," which meant a better quality and healthier lifestyle.

There is also a trend that gifts are more tailored to match different living situations now. Packages for one-person households and pets have appeared more and more since the 2010s.