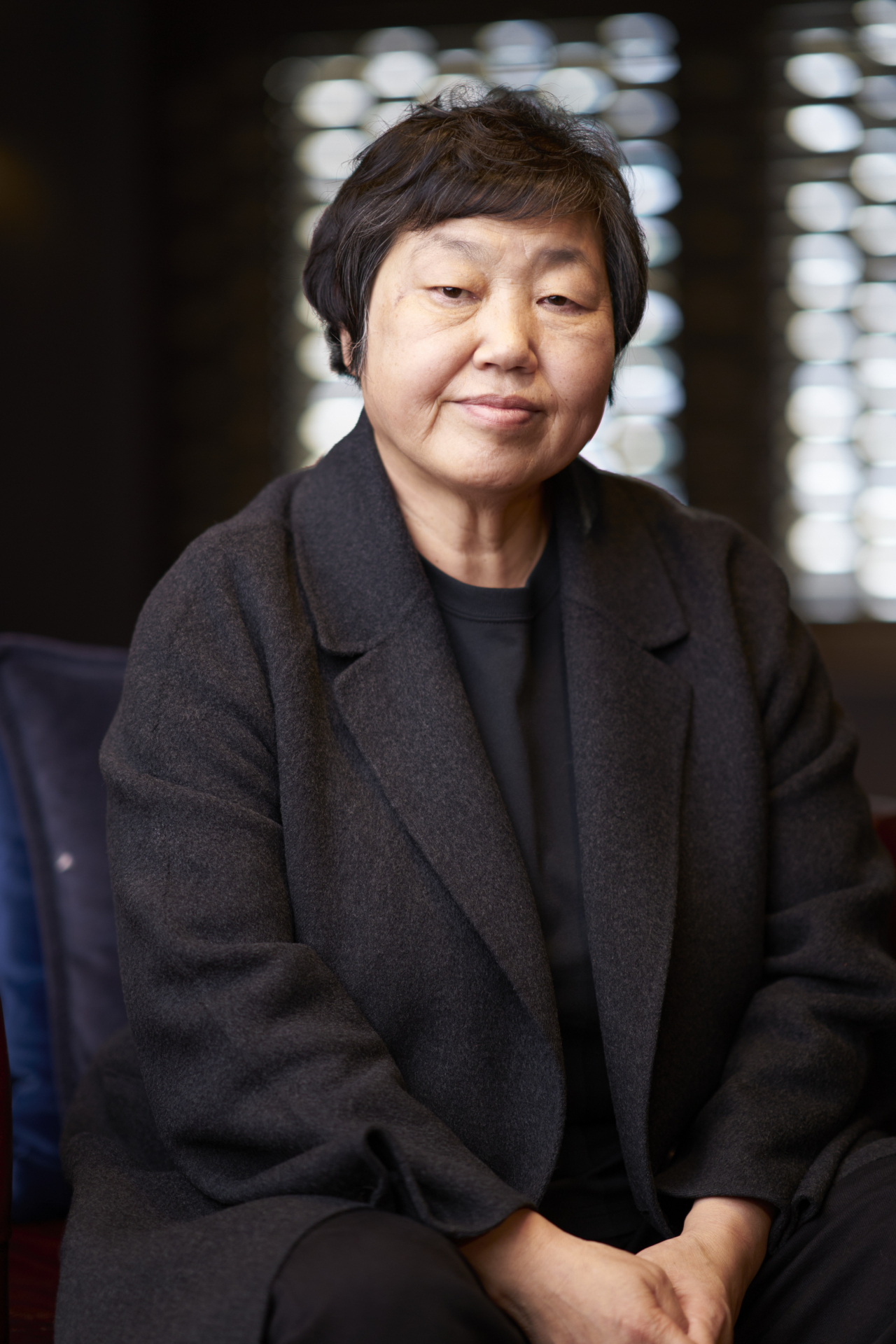 Many know director Yim Soon-rye for her flagship storytelling about humanism and art-house scenes in “Little Forest” (2018) and “Forever the Moment” (2008).

“The Point Men,” which opened in theaters Wednesday, is Yim's first-ever action film in a career that spans nearly three decades. The film, starring two much sought-after stars, shows Yim's unconventional approach to action scenes that reflects her insistence on relaying a heartfelt drama.

“If I can minimize killing, I think I can shoot another action film in the future,” she joked in an interview with reporters in Palpan-dong, Seoul, Monday.

Marking Yim's return in a new genre after five years, “The Point Men” is about a diplomat, Jae-ho (Hwang Jung-min), and an intelligence officer, Dae-sik (Hyun Bin), who need to work together to free 23 Korean hostages abducted by the Taliban in Afghanistan. Filming wrapped up two years ago, but the release had been postponed due to COVID-19.

“When you look at action films, there are so many killings. Majority of them are even without actual reason. From an audience's point of view, it was uncomfortable for me to watch such scenes. Murders occur in the real world, but it made me think twice about how to present such stories and scenes in a film,” Yim said.

“I’m aware that action films provide suspense and catharsis to the audience, so I was hoping to offer such feelings without having to brutally kill someone in the film,” she added. 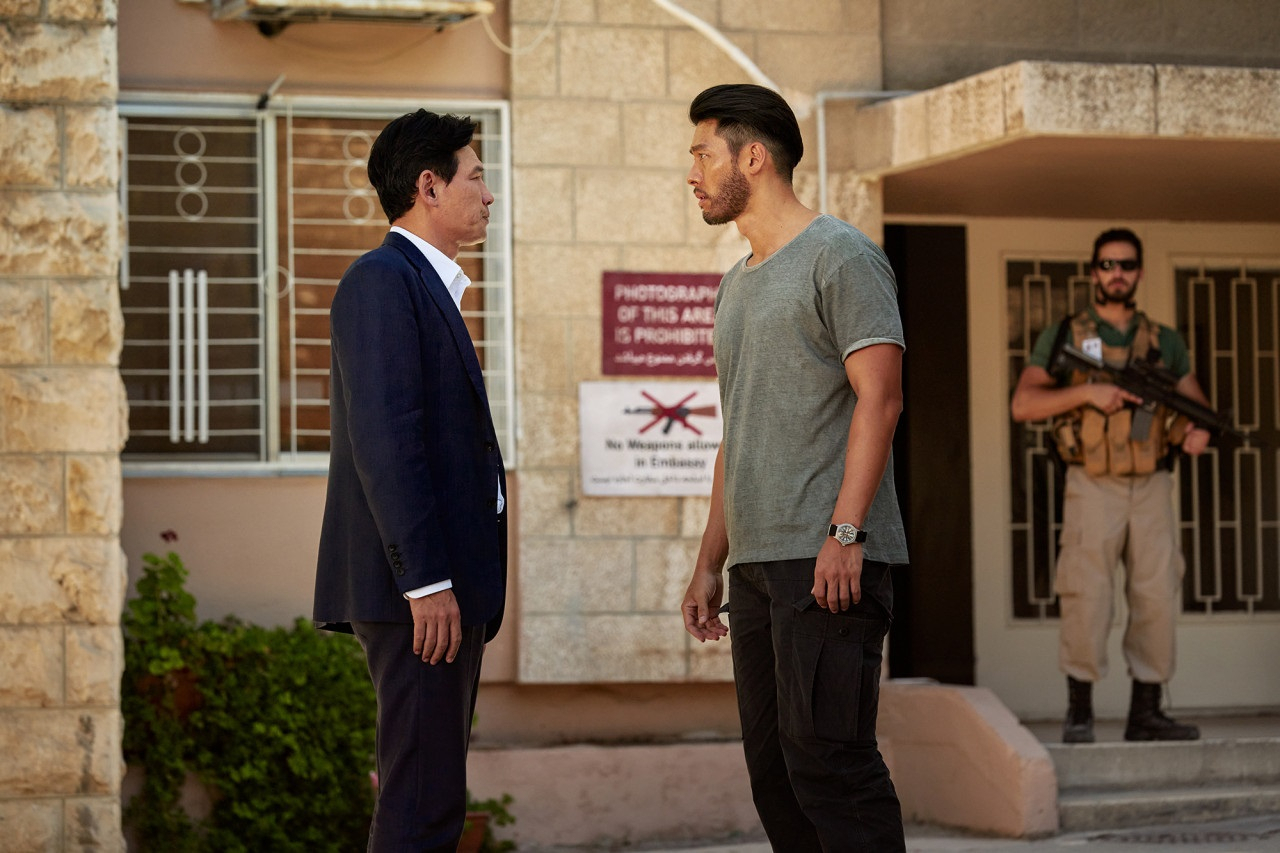 “The Point Men” (Plus M Entertainment)

“The Point Men” is based on the real-life hostage crisis in 2007 when 23 South Korean churchgoers were kidnapped while visiting Afghanistan on missionary activities. Two of the hostages were killed and the South Korean government's response to the crisis came under criticism.

Saying that covering a controversial topic did not feel easy, Yim said she tried to focus on the chemistry between the two characters who are willing to risk their lives to save the hostages.

“If I put too much focus on the hostages, I thought the film would raise too many unnecessary controversial arguments. So I used my imagination to shed light on the story of the people behind the incident, such as the government’s responsibility and the professionalism of the diplomats and the intelligence agents,” she said.

She cast Hwang this time believing that his energy would lead the overall plot and deliver suspense.

“Jae-ho is an important character from beginning to end, and Hwang played the role with great energy. I know he has appeared in a variety of commercial and action movies where he killed many people, and this film was a bit different from what he had done before. So I appreciate him for choosing to shoot (the film),” Yim said.

“Over the 20-year period, Hwang has accumulated a great amount of know-how on how to move the audience’s mind. With great concentration and energy while on the set, he has become a real professional,” Yim added.

According to Yim, she wanted to play with the audience’s preconception that Hwang would play the hot-tempered, active NIS agent Dae-sik, while Hyun would play the cool-headed, calm diplomat Jae-ho.

“I have a strong belief that good actors will perform well in whatever role they are given," she said.

“Hyun, I believe, also wanted to challenge himself by playing a different character this time, by growing a beard and doing the majority of the action scenes himself, like the car chase scene,” the director said. “That scene is my favorite in the movie.”