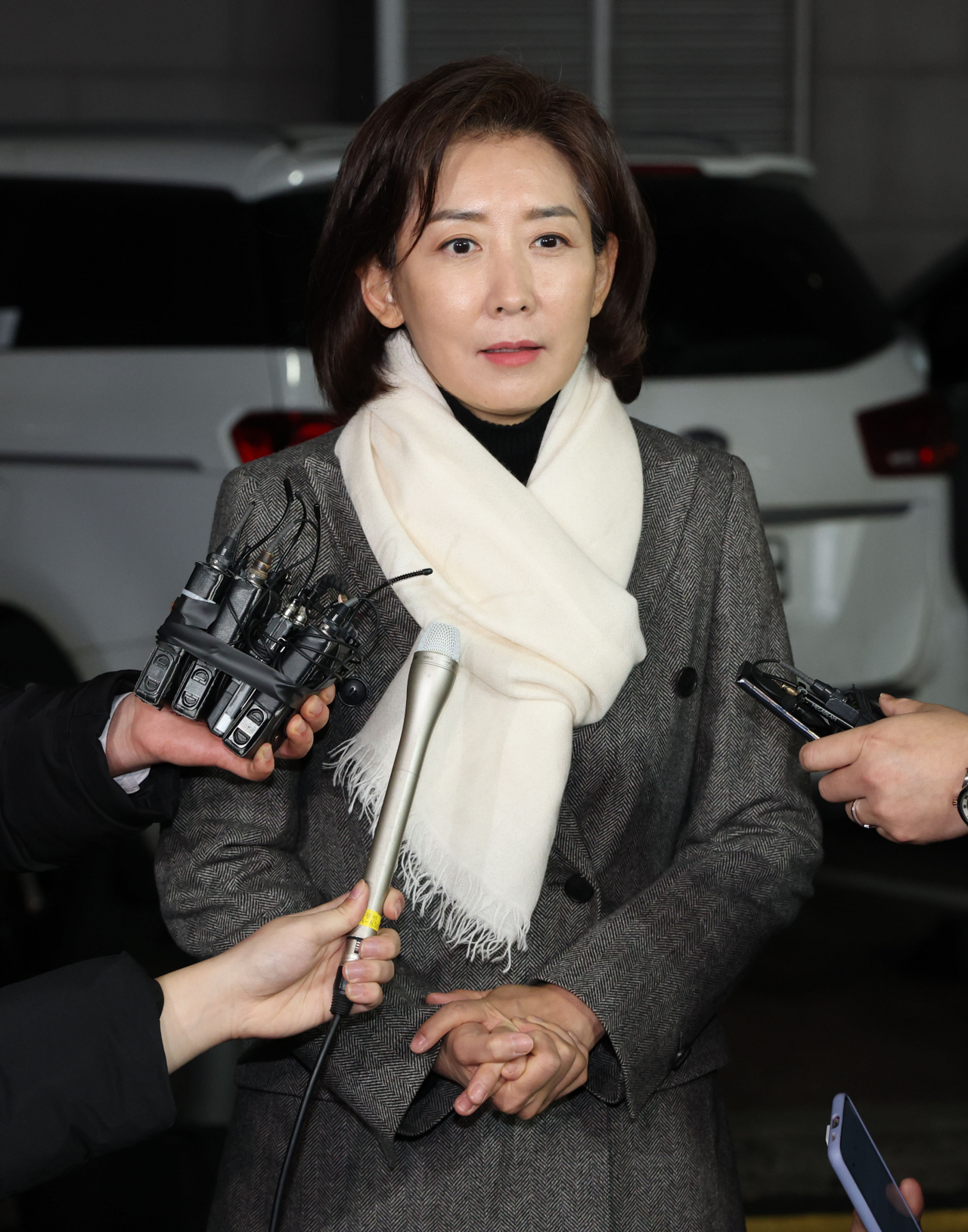 Na Kyung-won, one of the leading contenders in the ruling party's leadership race, decided not to attend a local party event Wednesday, her aide said, an indication she is contemplating deeply whether to officially declare her leadership bid despite opposition from the presidential office.

Na had previously planned to attend a New Year's event that the Daejeon branch of the People Power Party will hold in the central city in the afternoon but decided not to do so, the aide said without providing a reason.

The event drew attention because not only Na, but also her potential rival in the leadership race, Rep. Kim Gi-hyeon, had been scheduled to attend amid heightened tensions between her and the office of President Yoon Suk Yeol.

Na's decision came a day after Yoon's chief of staff, Kim Dae-ki, openly rebuffed her claims that Yoon's decision to fire her as vice chair of a presidential committee and a climate ambassador could have been influenced by "distorted" accounts from those against her.

Kim said Yoon made the decision based on an "accurate understanding" of the situation.

"Na herself would be well aware of how the president thinks of her recent behavior," Kim said without elaborating.

The unexpectedly strong rebuff was widely seen as yet another sign that Yoon's office is against Na running for PPP leadership, as it favors Rep. Kim as the next leader of the ruling party.

Na is a strong favorite in the race, though she has not officially declared her bid yet. The party is scheduled to hold a national convention on March 8 to pick a new leader. The next leader will be decided only by a vote of party members.

The row between Na and the presidential office began earlier this month after she announced a population policy proposal without prior discussions with the top office. Yoon's office immediately rejected the proposal and expressed displeasure.

Aides have said Na could announce whether or not to run in the leadership race after Yoon returns from an overseas trip later this week. But Na's decision not to attend Wednesday's party event has spurred speculation she could be leaning against running.

The race has been heating up, as the next leader would oversee the party through next year's parliamentary elections and could affect decisions on who should be given party nominations.

Latest opinion polls show Rep. Kim leading the race, trailed by Na in second place and Rep. Ahn Cheol-soo in third place. Under revised party regulations, a run-off election will be held unless anyone wins a majority of votes. (Yonhap)