Seollal is one of Korea's two main holidays along with Chuseok. Both kick off a mass movement of people going to visit their hometowns.

The race to return home involves people competing for bus, train and air tickets online, as well as at ticket booths.

Just a few years ago, however, people lined up at train stations and bus terminals, with thousands queueing up for tickets. Some even camped outside, while thousands more braved the expressways in their cars.

With the network of expressways much more limited back then compared to now, traveling to the provinces involved grueling hours, sometimes taking 20 hours from Seoul to Busan and 16 hours to Gwangju. These routes now take less than six hours on average.

The following old photos show how Koreans managed their trip to home for traditional holidays. 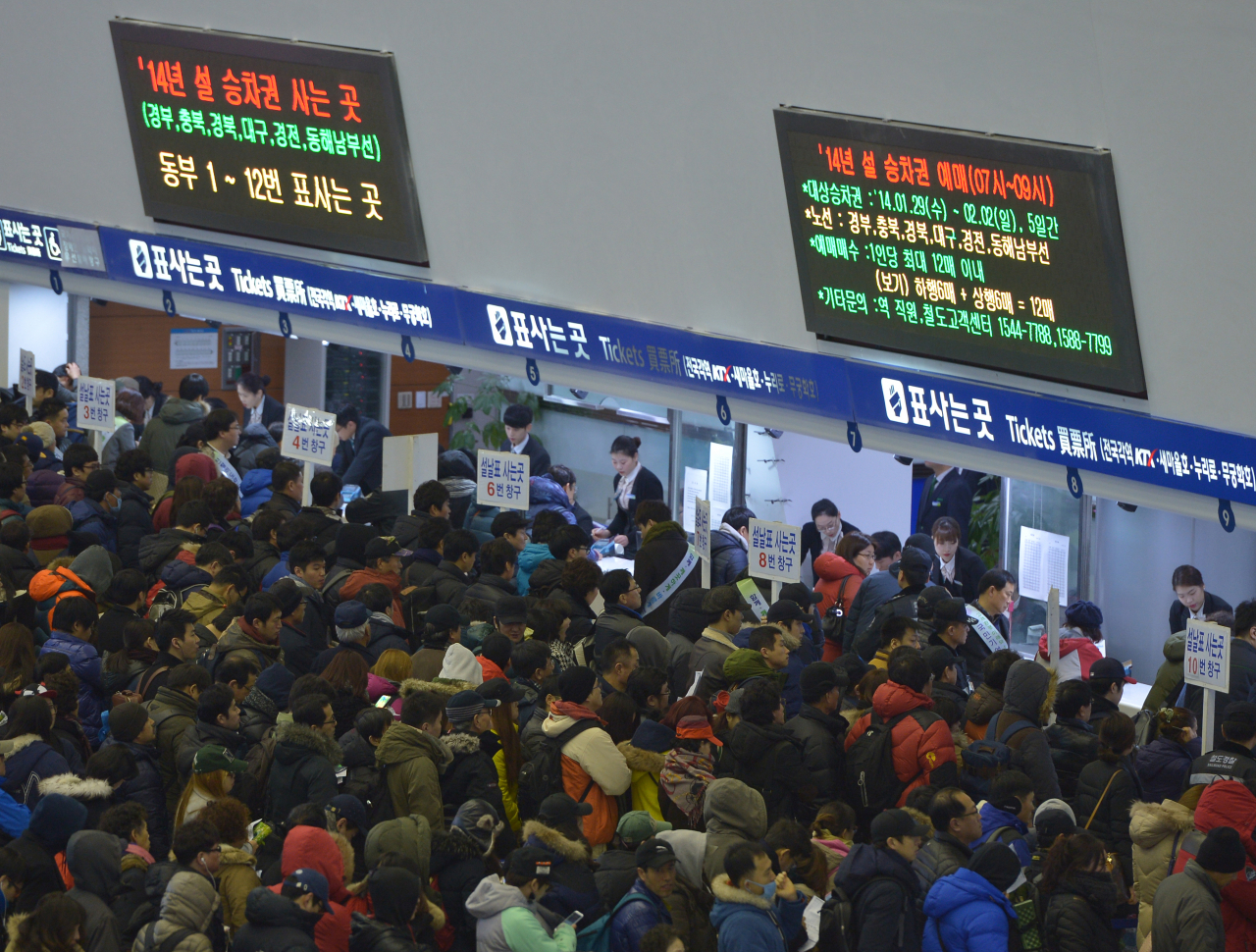 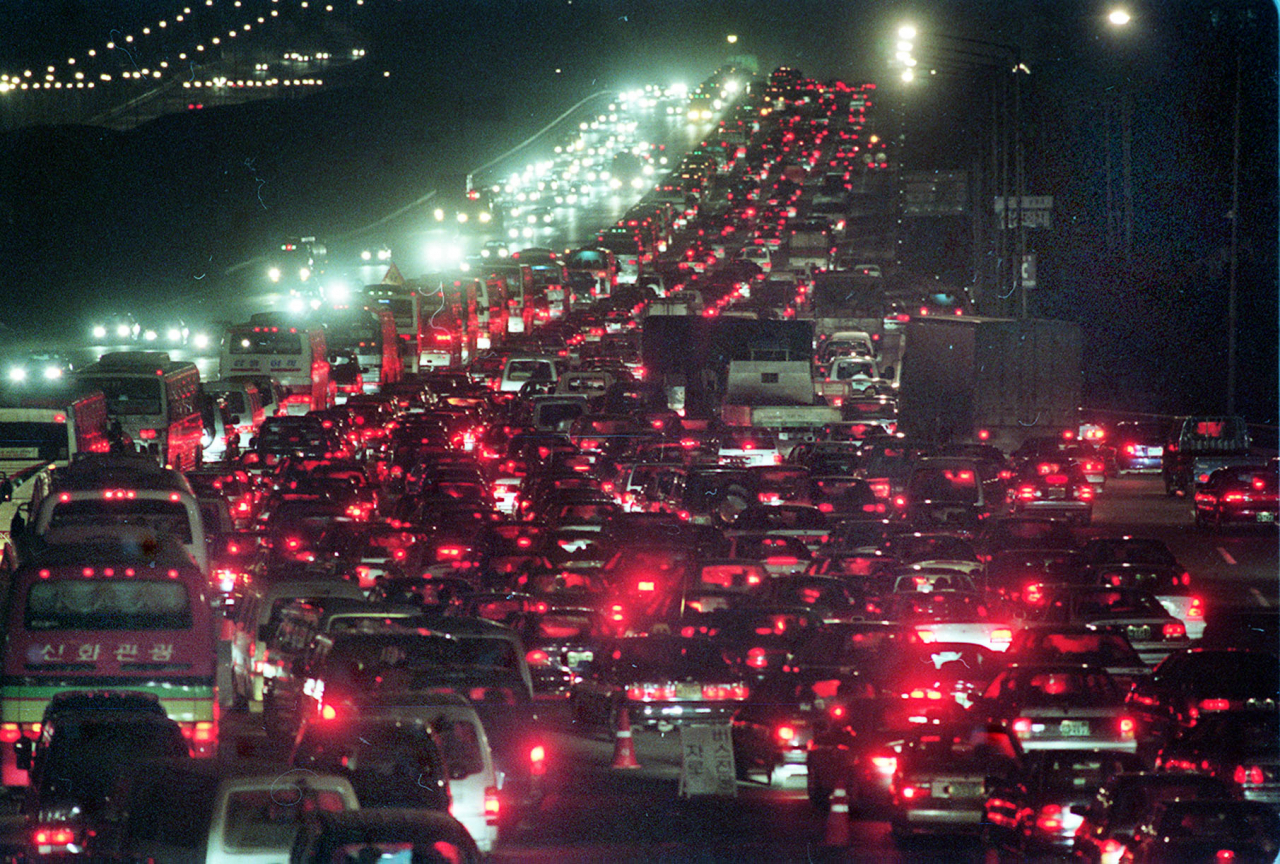 The highway is clogged with cars heading out of Seoul at the Seoul Tollgate on Seollal eve in 2013. (Herald DB) 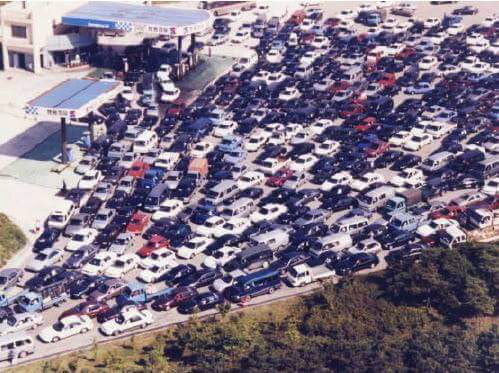 Cars are clogged in a bottleneck at the Pyeongsa Service Area in Gyeongbu Expressway during the Chuseok holidays in 1994. (Bae Young-chan) 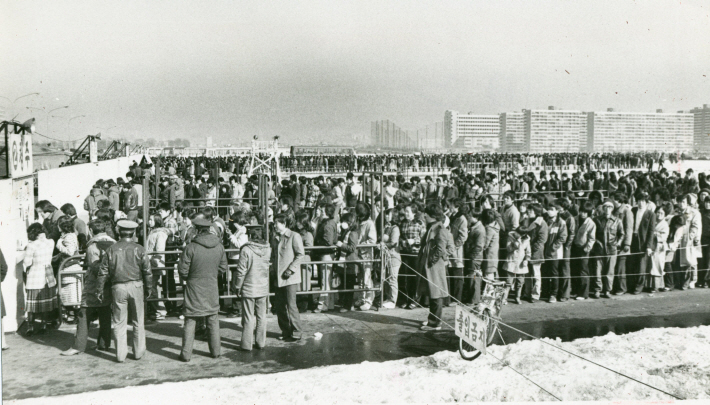 Seollal homegoers in Yeouido are seen waiting in line for bus to other provinces in 1981. (Herald DB) 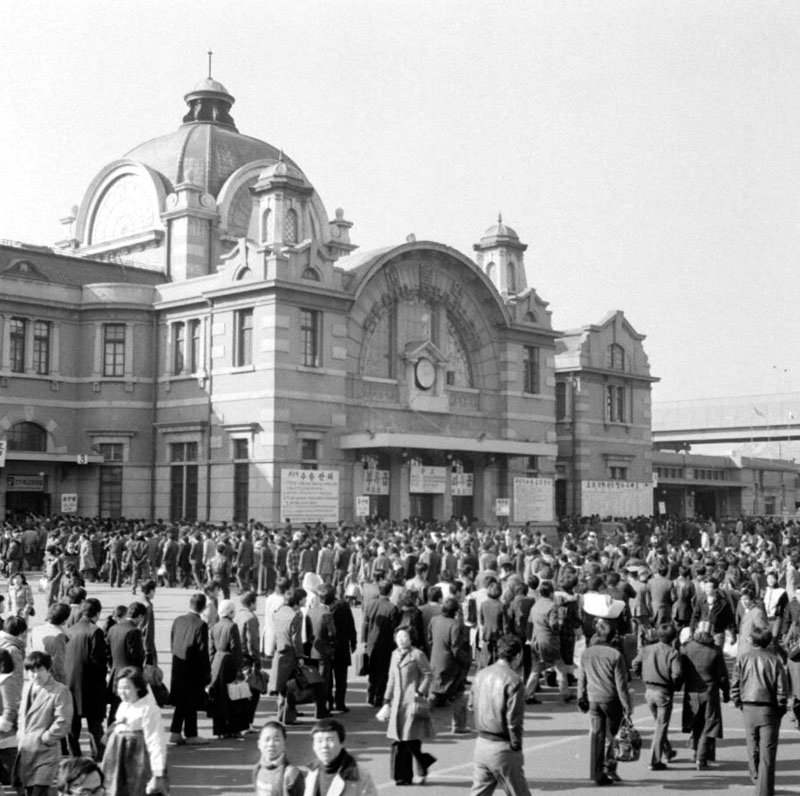 Homegoers gather at Seoul Station on Seollal holiday in 1977. (National Archives of Korea) 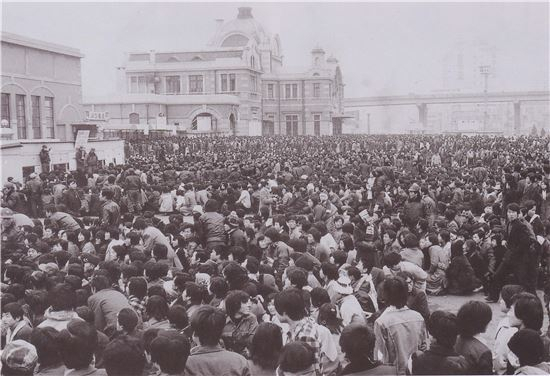 Citizens wait in lines at Seoul Station to buy a Seollal train ticket to their hometowns in the 1970s. (Korail) 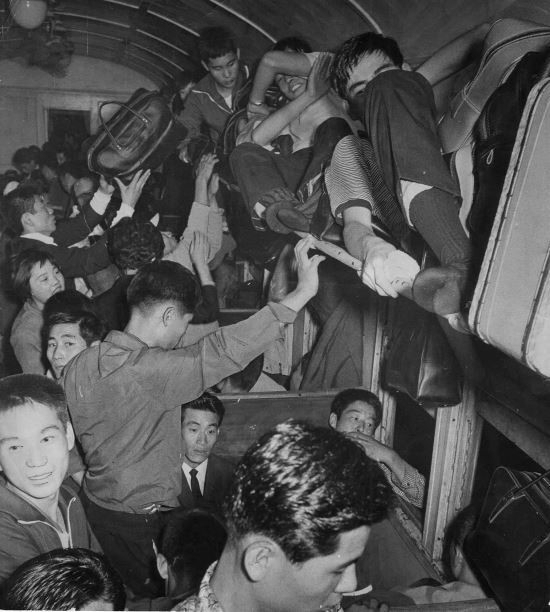 Homegoers are seen in a packed Chuseok holiday train in 1968. Some who could not get a seat are standing or lying in overhead compartments. (Seoul Museum of History) 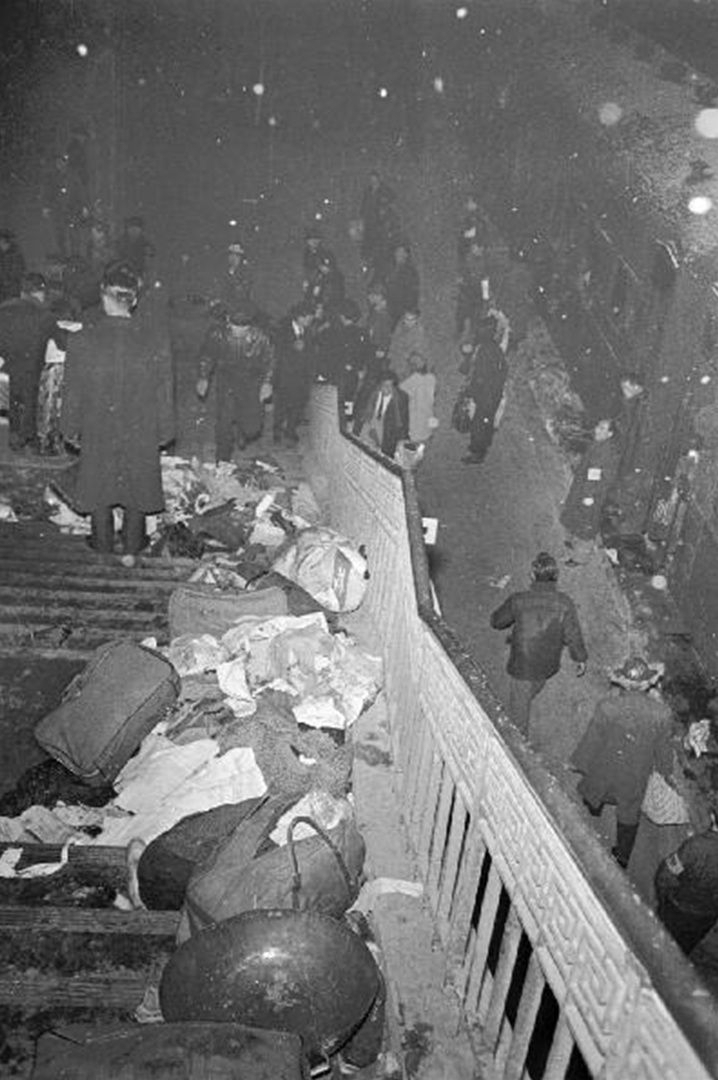 Lost articles are seen at a stairway to platform in Seoul Station after 31 people died from a crowd crush on Jan. 26, two days before Seollal, in 1960. (news report)