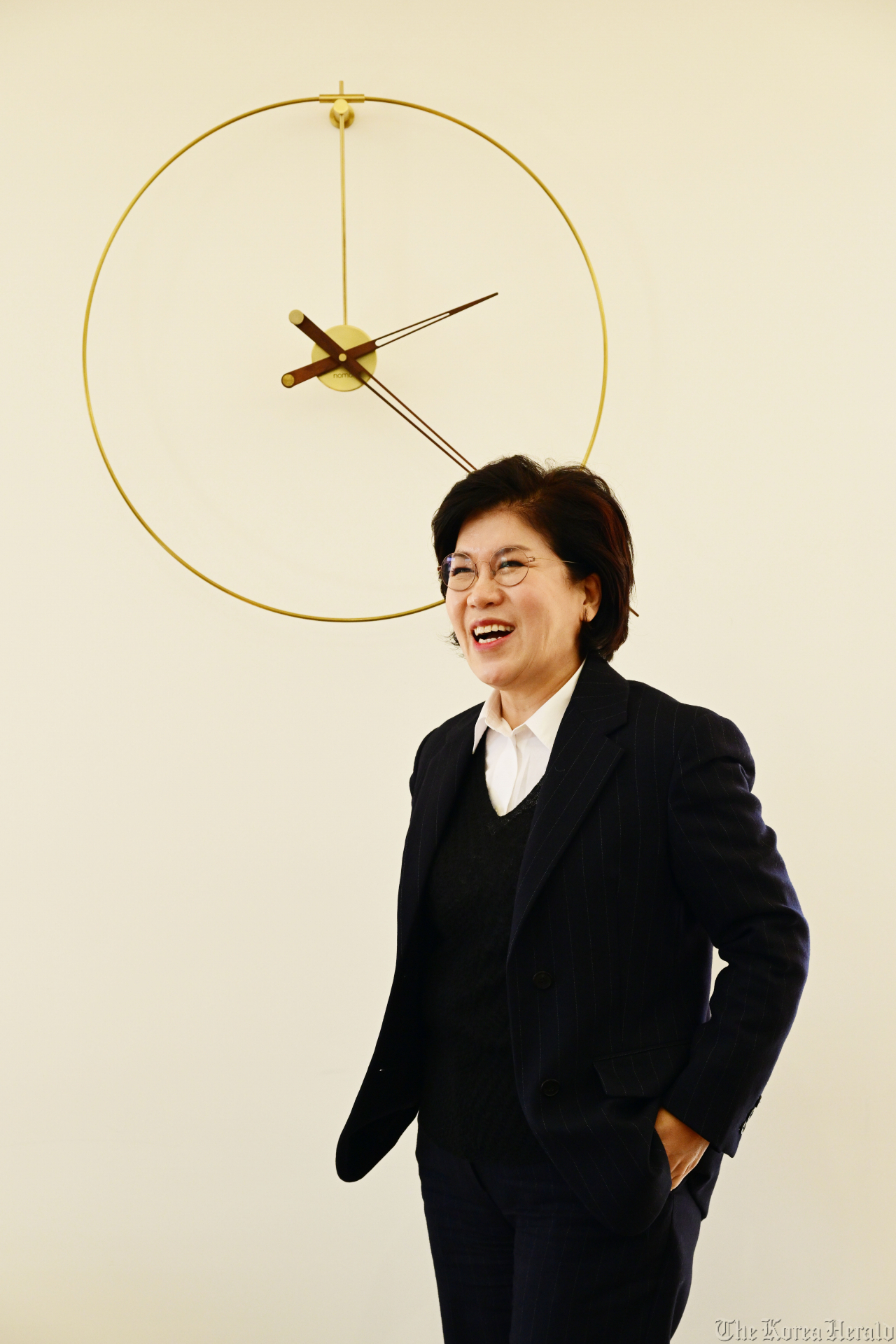 Supporting vulnerable people, especially children and women, to get back on their feet has been a powerful catalyst for the chairperson of Korean real estate developer Daom Holdings to keep her business going.

Kim Ju-young, who has over 20 years’ experience in land development business under her belt, has ambitious goals -- both for her company and life -- that she wants to achieve in five years. One of them is making her company with 100 employees double its assets to 1 trillion won ($805 million) and helping single mothers obtain housing and jobs.

“Some may call my business a success because of the money I made, but I think running a stable business along with employees that I’m working with is much more important,” she said in an interview with The Korea Herald.

Seeking ways to create social value through her business has also been empowering her life.

“My life goal is living together with others. Working with integrity and honesty may not be a shortcut to success, but the trust that you can get from that attitude will ultimately become your priceless asset,” Kim said.

“For the company, golf clubs are revenue sources. At the same time, I always think of ways for how I can enhance the welfare system for workers and contribute to society through these clubs,” Kim said.

The two golf courses employ three hundred house caddies, most of them women, as part-timers.

As a part of her project for single mothers, Kim plans to hire women living alone with their children as house caddies.

She has continuously made charitable efforts for the welfare of others. While running her business, she obtained a master’s in youth counselling and social work in a bid to set up an education company.

“But I decided to make charitable donations for children instead of establishing an education firm,” she said.

For the past eight years, she has been supporting children in the Chinese city of Chengdu in Sichuan province who suffer from heart disease.

When her business faced headwinds in the process of acquiring Podo CC in Gimcheon three years ago, she didn’t scale back her donation.

“Helping others purifies my mind and gives me new strength. Knowing that I have a good purpose for my work keeps me going -- so it’s good for business as well.”

The latest in her series of philanthropic acts is donating 100 million won to the K-Diaspora Project, which envisages shaping some 2 million Korean youth in 190 countries into global leaders that share an identity anchored in Korean roots.