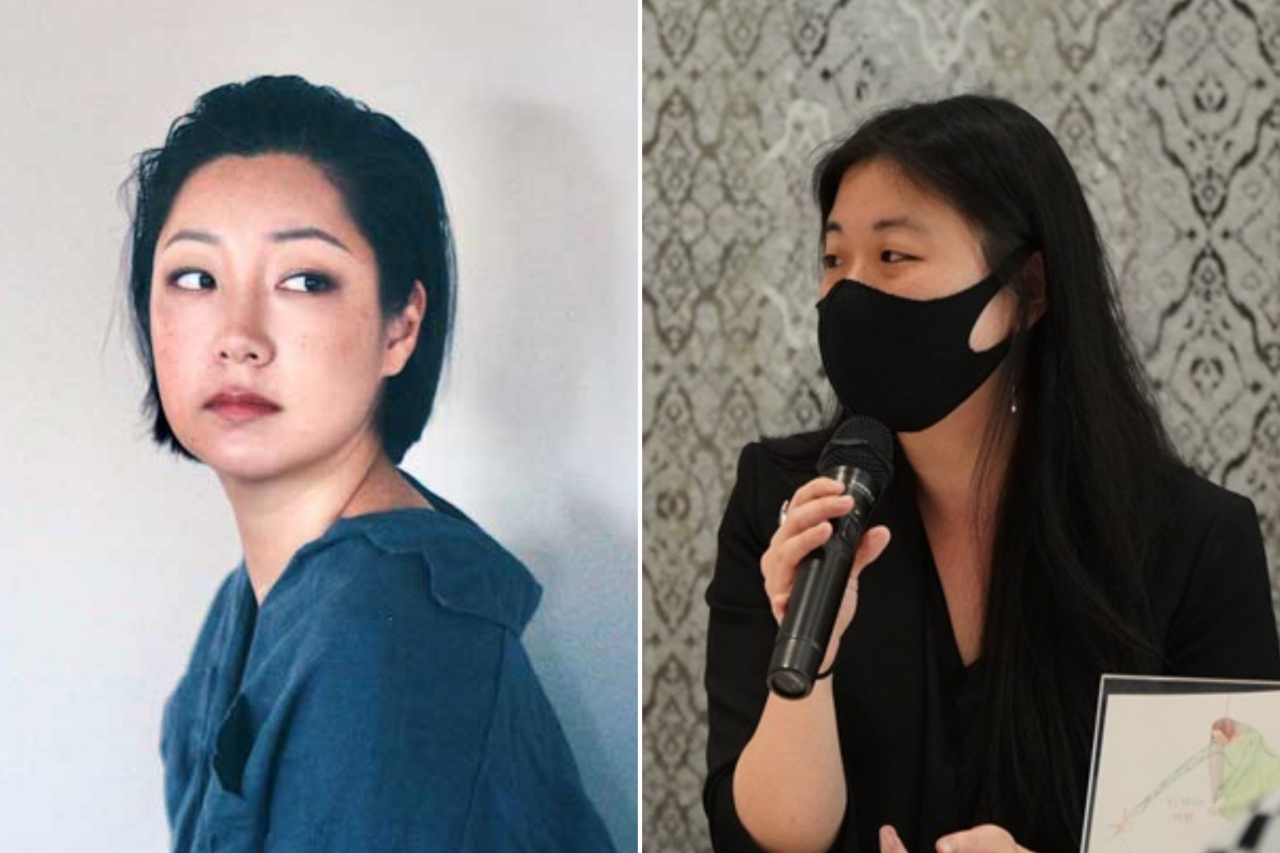 “(Choi Don-mee) had a vision of connecting Korean women poets and Korean American women poets to translate their poems,” poet-translator Marci Calabretta Cancia-Bello said during a press conference held on Monday in Seoul for the winners of the 2022 Korea Translation Award organized by the Literature Translation Institute of Korea.

“She saw that many male authors’ works have been translated into English, but not very many by women and very little poetry,” said Cancia-Bello. 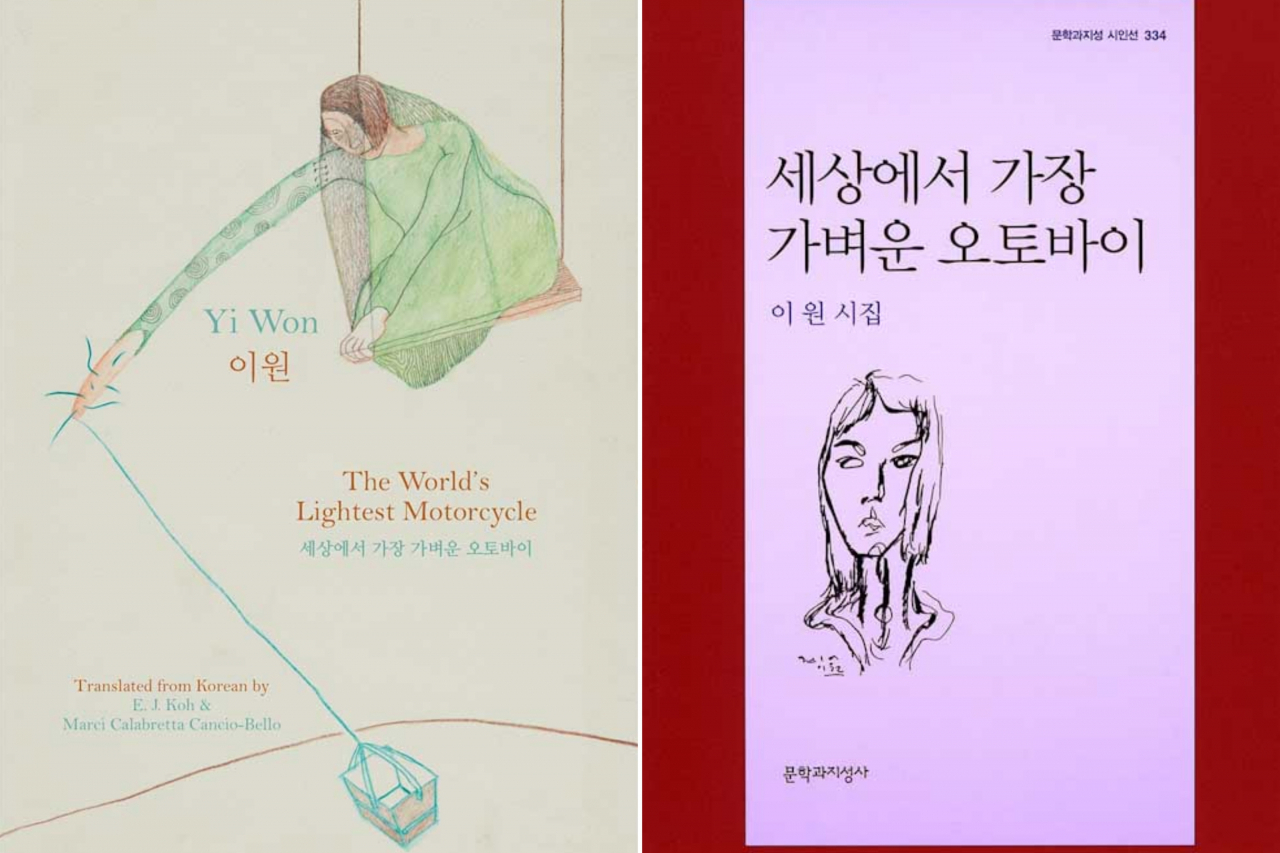 In an interview with The Korea Herald, Cancia-Bello talked about how she and Koh worked together on Yi’s works.

“We worked separately for an initial translation, then we would give each other everything,” said Cancia-Bello. “We had to communicate a lot and we changed our minds a lot. It took sometimes years and we would go back and make different decisions.”

She added that although it was a slow process, it was smooth and cooperative.

“The craft of poetry is different in the two languages,” Cancia-Bello said. “And Choi as a mentor emphasized 'accuracy' a lot -- not just the literal meaning of the lines, but also the wordplay, rhythm, even visually.”

Cancia-Bello recalled that the hardest part was the "poetic leap," which Choi believed only poets could make in the act of translation.

“But I hope (Yi Won) is satisfied with our work,” Cancia-Bello said, hinting that the poet gave the pair her next book for translation. “I think she wanted to respect the fact that she was not rewriting the poem in English but wanted to see what we would do, and connect with English readers in a new way.” The pair will continue to translate Korean poems, Cancia-Bello said.

In an e-mail interview with The Korea Herald, Koh said Yi’s advice -- “One more point of view is like having more eyes” -- stayed with her during the project. “(She) gives her students more eyes, focusing on having her students create new perspectives.”

Koh added that her debut novel “The Liberators” is scheduled for release next fall. In the past few years, she has been writing poems, a memoir and a screenplay for Apple TV’s “Pachinko.” She is also working on a libretto for an opera adaptation of filmmaker Park Chan-wook’s “The Handmaiden.”

Following the release of “The World's Lightest Motorcycle," Cancia-Bello gave lectures on translation in several US colleges and universities.

“I wish I had had classes like that as a student, with a book where the Korean is next to the English, like Zephyr Press,” she said. “Conversations with students were really precious because there was so much excitement and humility too,” she said. “It was really special to be invited as a translator and see students who are putting their creative skills not for themselves but for the sake of other writers and readers.” 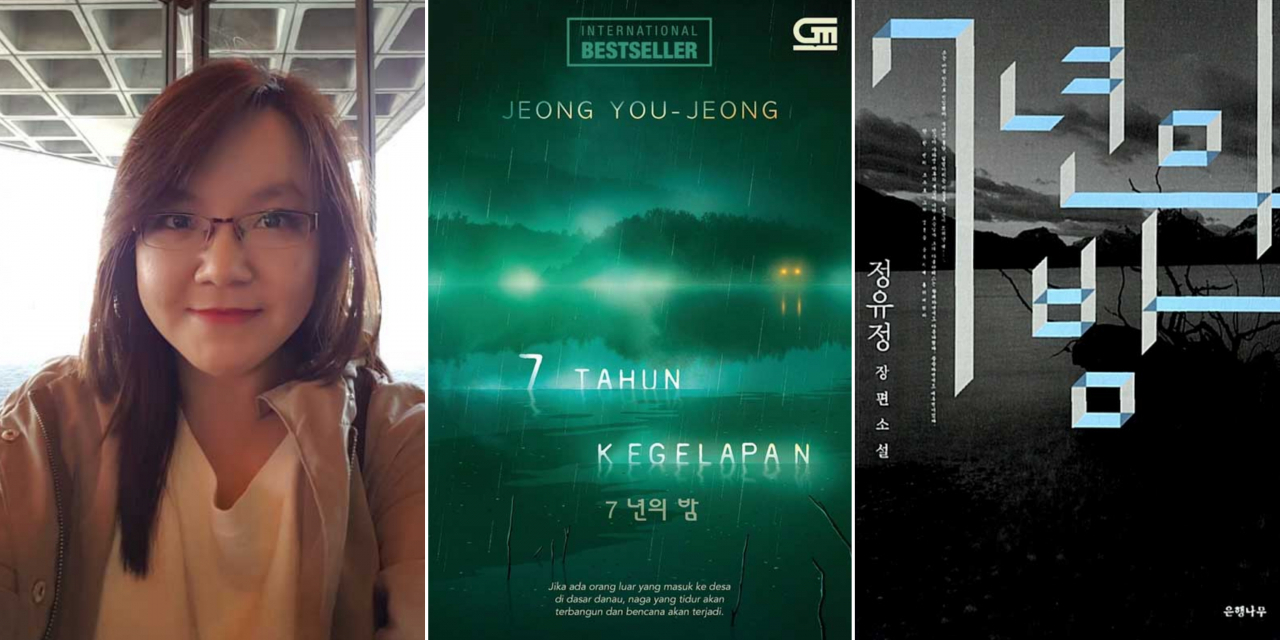 Another winner of the grand prize is Ilngliana Tan for her translation of Jeong You-jeong’s “Seven Years of Darkness” into Indonesian. The book was also made into a film in 2018 starring Ryu Seung-ryong and Jang Dong-gun.

As a freelance translator working primarily with Gramedia Pustaka Utama, a publishing house in Indonesia, Tan said she was often not satisfied with the subtitles when she was first introduced to the world of K-pop and K-drama 20 years ago.

“I often wondered what the characters in the dramas were really talking about,” Tan said. “That is what motivated me to start learning Korean myself.”

“I was absolutely delighted that I was entrusted once again to translate her work,” she said. “I am fascinated by the detailed descriptions of Jeong’s books. The world and characters she created within the story always trigger my imagination and felt so real.”

Tan added that ever since the publication of Cho Nam-ju’s “Kim Ji-young, Born 1982,” which became one of the bestselling titles in Indonesia, book lovers in the country have been giving a warmer reception to more Korean books.

Meanwhile, Yu Hsin Hsin won a grand prize for her Chinese translation of Lee Tae-jun and seven other writers in the “Anthology of Korean Literature (2)."