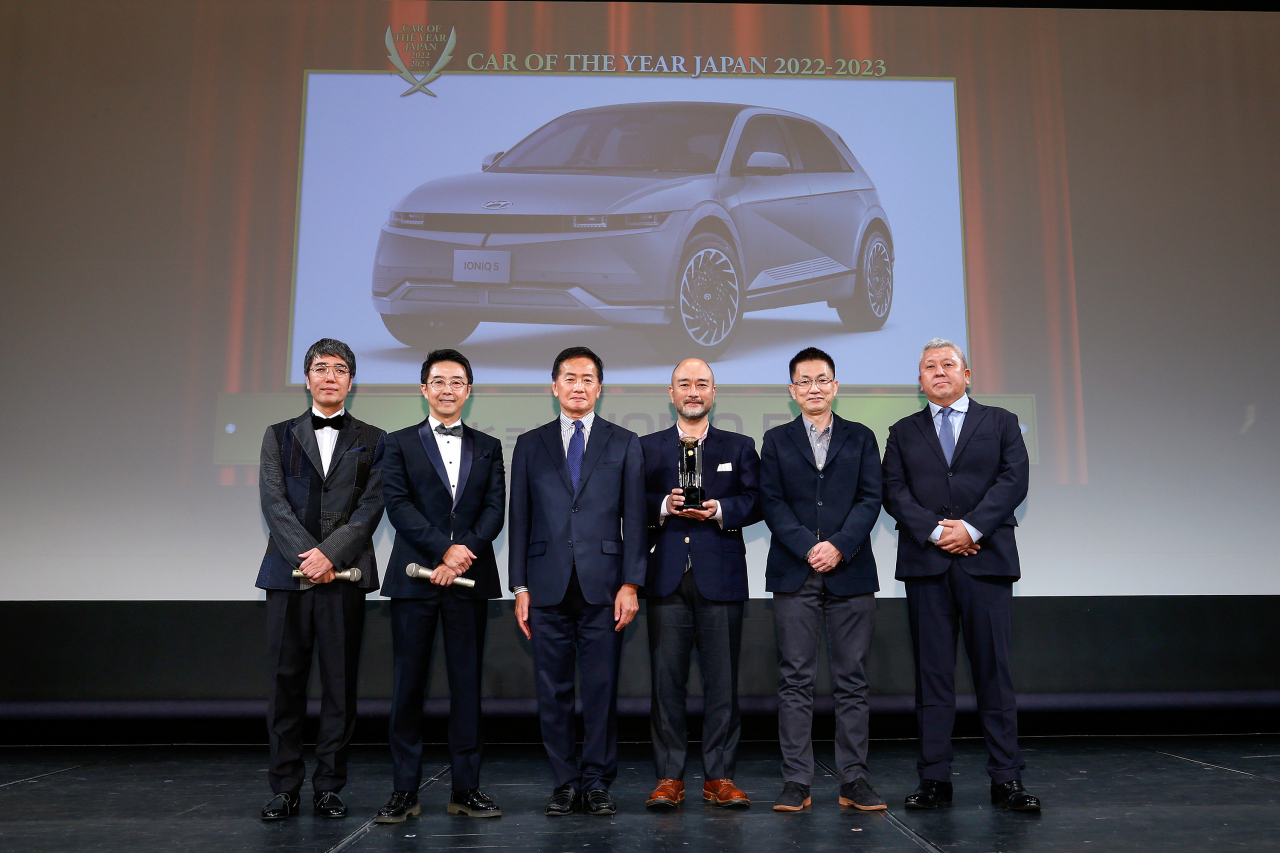 Hyundai Motor Group's Ioniq 5 electric vehicle has won the title of the best import car of the year in Japan, the automaker said Friday.

It is the first time the South Korean automaker has made it onto the award-winning list of the Japan Car of the Year Award.

The award’s executive committee said Ioniq 5 was well-received for its innovative design, long driving distance on one charge, sporty driving performance and convenience and safety features.

Members of the judging committee also said the car makes it an enjoyable experience for drivers when they change the regenerative braking mode by using the paddle shift on the car’s steering wheel, it added. Regenerative braking works like an energy recovery system that charges the EV battery in the process of slowing down the vehicle.

Released in 2021 in South Korea, Ioniq 5 is the carmaker’s first EV that is based on its Electric Global Modular Platform. Adopting a futuristic design and eco-friendly materials, it offers dynamic features to boost the driving experience.

The car model won the World Car of the Year in the 2022 World Car Awards in April. It was also named SUV of the Year -- the first time for an EV -- in an award held by MotorTrend, a US-based automobile magazine, in October.

Aiming at expanding to the Japanese market, Hyundai Motor Group will sell the Ioniq 5 and Nexo online starting from May. In July, it agreed to provide 50 Ioniq cars to Japan’s MK Taxi.

Starting from 1980, the Japan Car of the Year is an annual awards event that selects the top 10 cars among the new launches. It then names the best car in six categories including car of the year, import car of the year, and car design of the year.