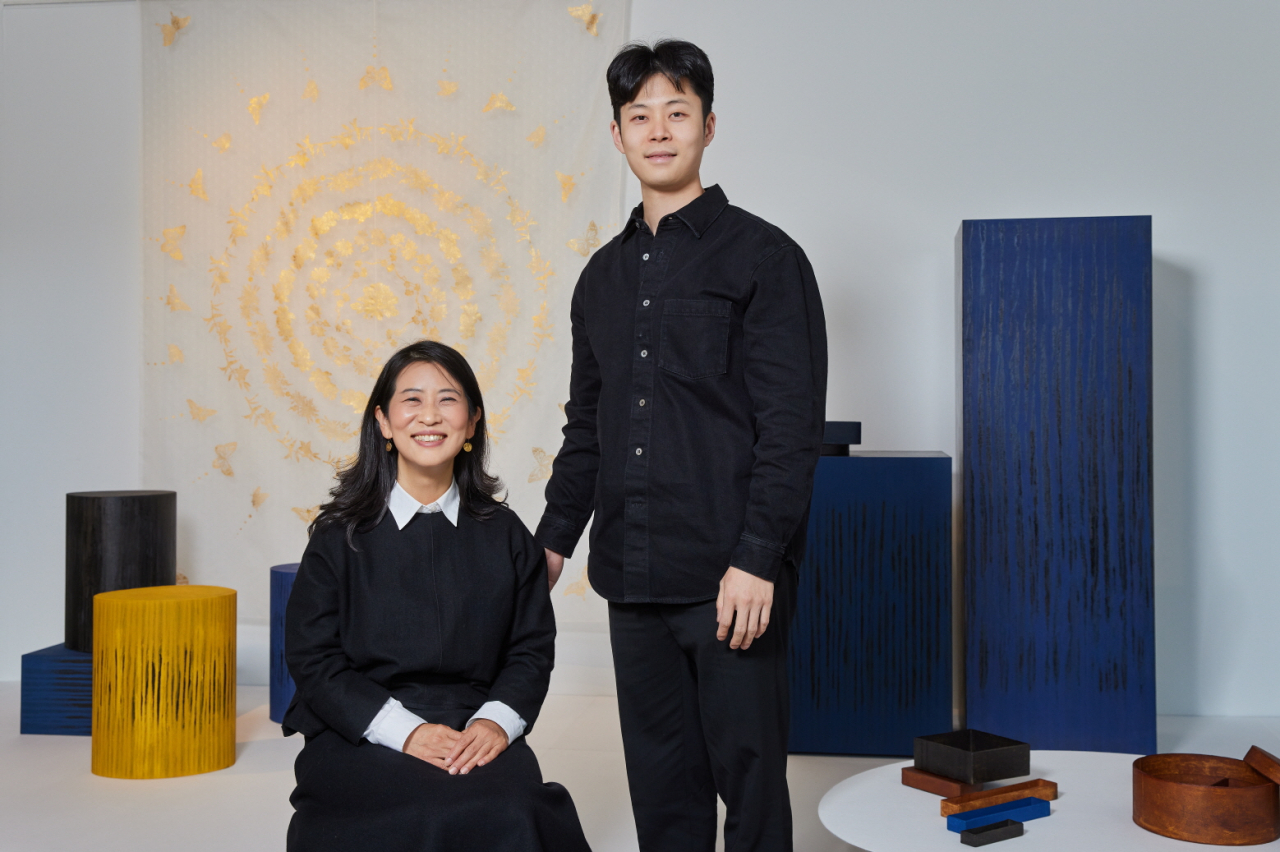 The partnership aims to host the annual “The Artisan of the Year and Young Craftsman of the Year” together, a project that Yeol has held since 2013 to raise awareness of traditional Korean artisan techniques. As the first collaboration, the two organizations present “The Project: Yeol x Chanel 2022 ‘On the Aesthetics of Radiance, Geumbak & Ottchil'” at Yeol Bukchonga in central Seoul.

This year’s Artisan of the Year was given to Park Soo-young, who was designated as a National Intangible Cultural Heritage No. 119 Geumbakjang Certified Trainee. Ottchil artisan Lyu Nam-kwon was selected as Young Craftsman of the Year.

“Geumbak is a Korean traditional technique, and it was inherited through artisans like us. The technique was used for the royal family's outfits during the Joseon era, and it was widely used among ‘yangban’ (aristocrats) after the nation was colonized by Japan,” Park said.

Geumbak refers to gold leaf imprinting, a traditional technique of applying gold leaf on clothes or fabric. Characters and designs that wish luck and happiness for the person wearing the outfit are printed with gold, considered the most valuable material during the time. Geumbakjang refers to geumbak artisan.

Ottchil craftsman Lyu engages with the traditional technique of jitaechilgi, a traditional technique involving the application of lacquer finish to paper objects. After mastering East Asian painting and furniture design, he received tutelage from a Jeollabuk-do Intangible Cultural Property No.13 Ottchiljang, or lacquer artisan, in 2007 and was designated as an Ottchiljang certified trainee in 2014.

“Lacquer possesses a sort of ‘energy’ that comes alive in a variety of ways according to the capability of the artist. To persevere and dedicate most of your time to create the things that you want – that is what I think craftsmanship is about,” he said.