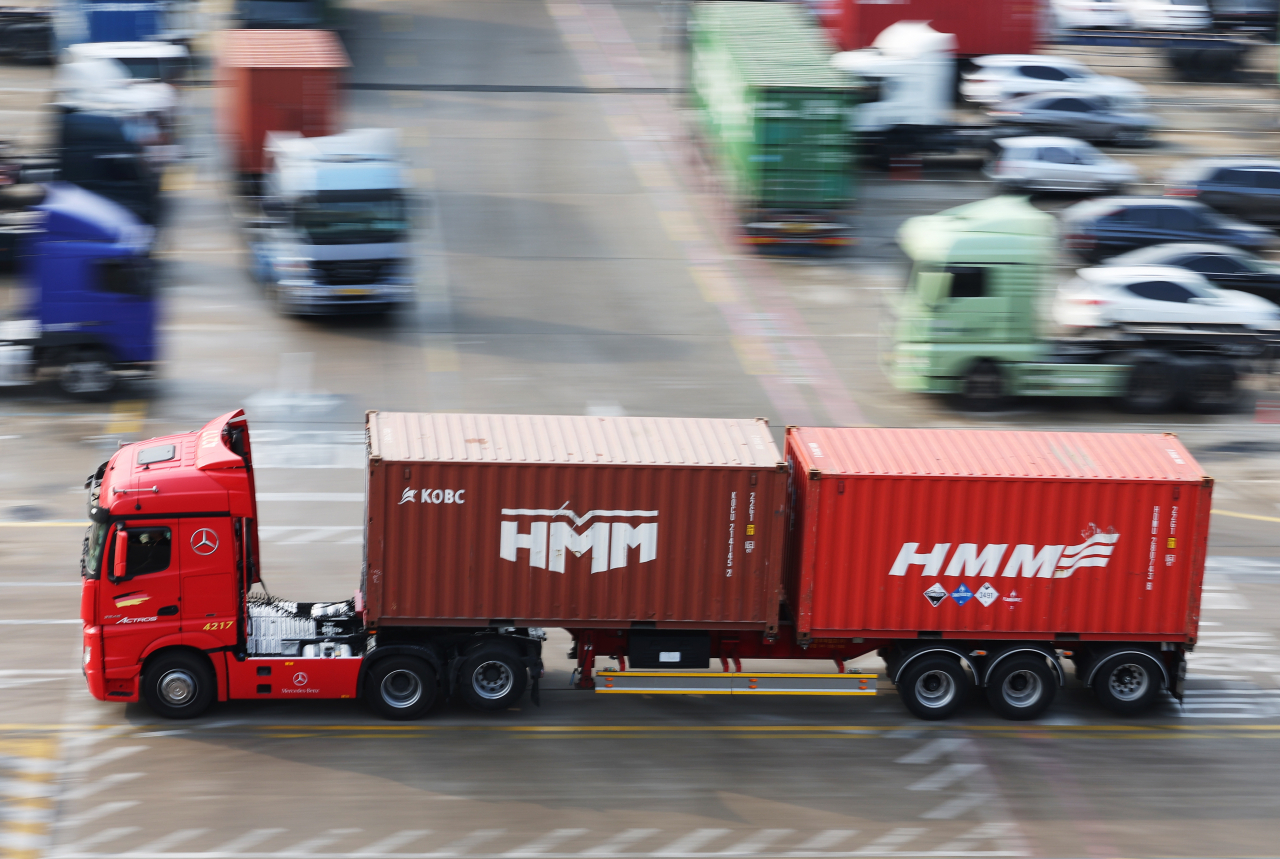 Trucks move at the Inland Container Depot in Uiwang-si, Gyeonggi Province on Friday, following the cargo union’s decision to end the strike and return to work. (Yonhap)

South Korean truckers voted to return to work after 16 days of striking, with a majority of union members voting against continuing the demonstration.

The Cargo Truckers Solidarity union has been on strike since Nov. 24, calling for the government to make permanent a minimum freight rate system that is to expire this year.

They held an emergency meeting on Thursday and decided to vote on whether to continue the strike.

“If the union members decide (to cancel the strike), we will return to the site and faithfully engage in the discussion process within the National Assembly,” the union said in a statement after the meeting.

According to Gallup Korea on Friday, positive and negative evaluations were 33 percent and 59 percent, respectively.

Positive assessment rose by two percentage points compared to the previous week and the negative rating fell by one percentage point. As the reason for the positive evaluation, 24 percent of 334 people cited the president's “response to the union.”

Meanwhile, the main opposition Democratic Party of Korea held a subcommittee meeting on traffic legislation on Friday and voted exclusively to extend the deadline for the minimum freight rate system by three years.