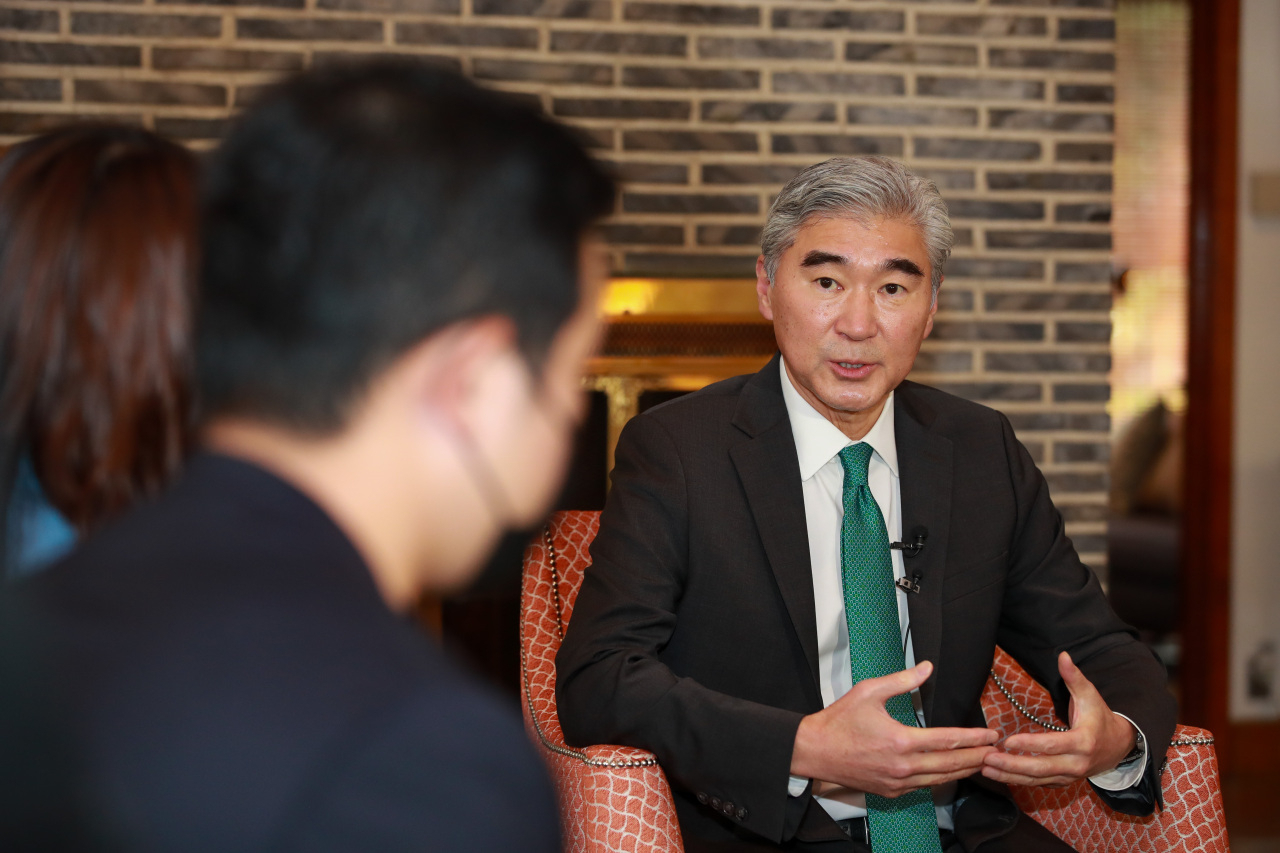 US Special Representative for North Korea Sung Kim speaks during a meeting with reporters at the US ambassadorial residence in Seoul on Sept. 20. (Yonhap)

The rare meeting was held virtually on Wednesday, according to department spokesperson Ned Price.

"Special Representative for the DPRK Sung Kim held a video conference on December 7 with PRC Special Representative on Korean Peninsula Affairs Liu Xiaoming to discuss the DPRK's increasingly destabilizing and escalatory behavior," Price said in a released statement, referring to North Korea and China by their official names, the Democratic People's Republic of Korea and the People's Republic of China, respectively.

"Kim expressed concern about the unprecedented number of ballistic missile launches carried out by the DPRK this year, including eight intercontinental ballistic missiles," the spokesperson added.

Pyongyang has fired a record 63 ballistic missiles this year, far outnumbering its previous annual record of 25.

The Kim-Liu conference come about two weeks after Beijing, together with Moscow, blocked a US-led effort to have the United Nations Security Council condemn North Korea's missile provocations.

The UNSC meeting, held in New York on Nov. 21, marked the 10th of its kind to be held on the North this year that ended with no immediate outcome.

China and Russia, both veto power-wielding permanent members of the Security Council and friendly neighbors of North Korea, expressed opposition to condemning or holding North Korea accountable in all 10 UNSC meetings.

Kim stressed the need for all UN members to fully implement UN sanctions on North Korea in his call with Liu, according to the state department spokesperson.

"Kim emphasized that maintaining peace and stability on the Korean Peninsula is an important shared goal and reaffirmed that the United States is committed to diplomacy and is prepared to meet with the DPRK at any time," said Price. (Yonhap)