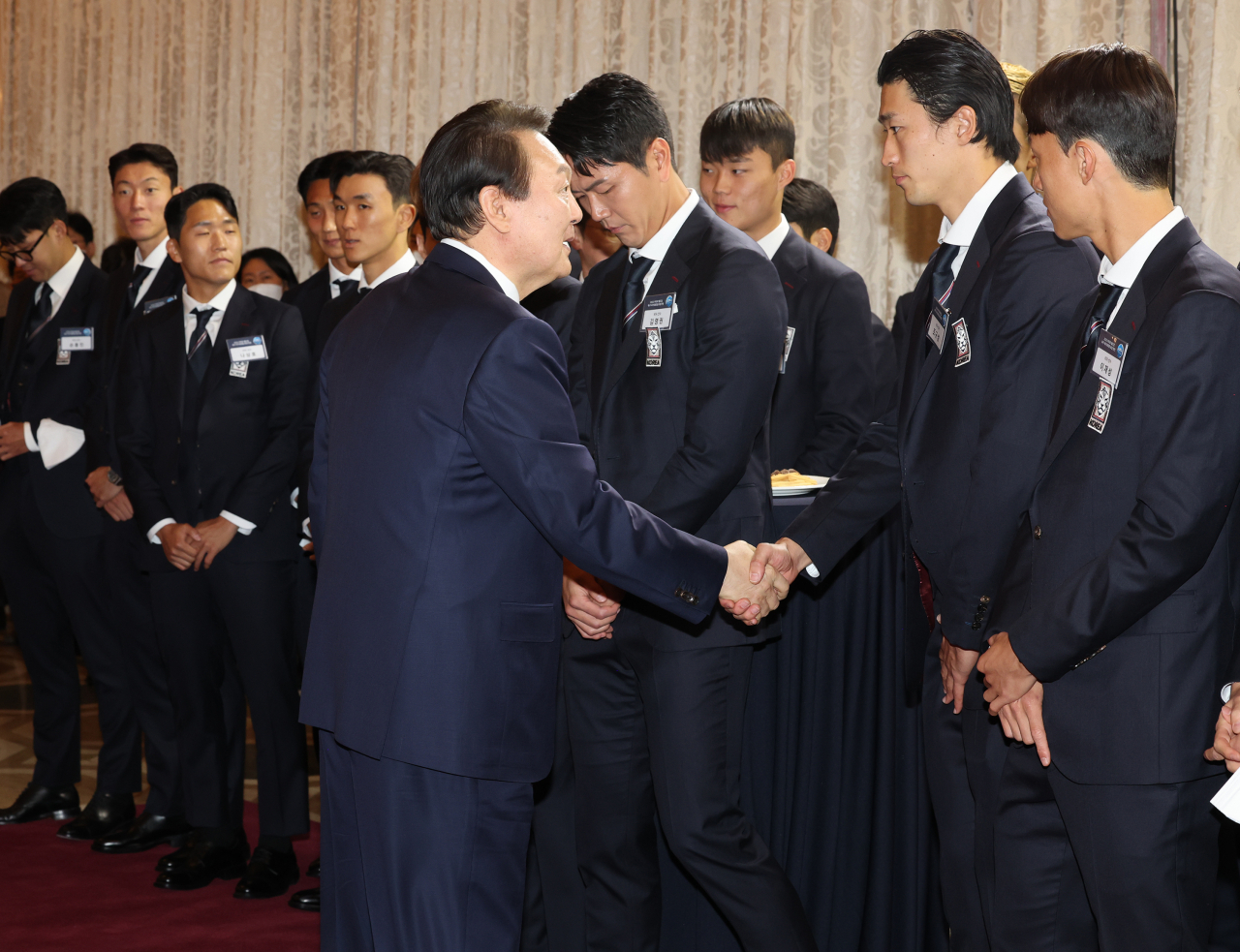 President Yoon Suk-yeol on Thursday hosted a formal dinner for the national soccer team in celebration of the team's performance in the 2022 Qatar World Cup. (Yonhap)

President Yoon Suk-yeol on Thursday hosted a formal dinner for the national soccer team in celebration of the team's performance in the 2022 Qatar World Cup, officials said.

The banquet was held at Yeongbingwan, a reception hall at Cheong Wa Dae, a former presidential office. It was attended by 22 members of the South Korean national soccer team, including captain Son Heung-min, coach Paulo Bento and other support staff.

The celebration dinner was to honor the South Korean team for reaching the round of 16 for the second time in 12 years since the 2010 FIFA World Cup in South Africa, the presidential office said in a written statement.

Yoon and first lady Kim Keon-hee greeted the players at the reception hall on the second floor of the guesthouse. As a token of appreciation, Son put on Yoon the armband he had worn during the World Cup tournament.

In his welcoming speech, Yoon said he was greatly moved by the players’ determination to fight to the end with an “unbreakable heart.” The president also said he was touched to see many people who had braved the cold to cheer for the national team.

In response, head coach Paulo Bento and Son thanked the couple for inviting them to dinner and also for the enthusiastic support of the entire nation. Son and Lee Kang-in presented soccer balls and autographed sports jerseys to the president and the first lady on behalf of the team.