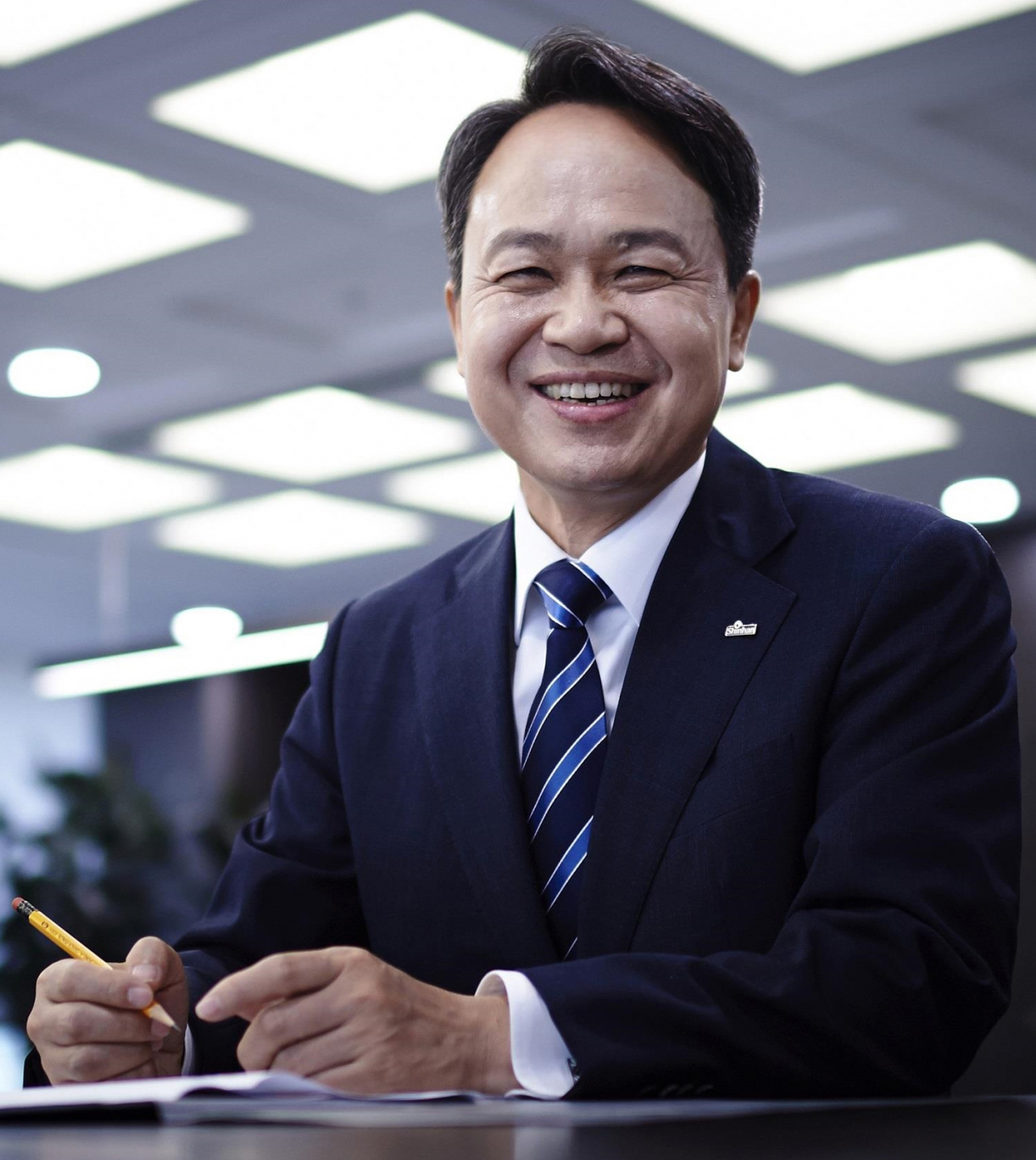 Shinhan Bank President Jin Ok-dong, 61, has been appointed as the final candidate for the new chairman of Shinhan Financial Group, South Korea's No. 2 bank by total assets, Thursday.

The group said that nonexecutive directors of the group unanimously voted for Jin at a candidate recommendation meeting held at the firm's headquarters in central Seoul.

Though it was rumored that current Chairman Cho was likely to maintain his position with the group going for his third run -- with the firm posting the biggest net profit among local financial groups so far -- Cho offered his resignation at the meeting calling for "generation shift," the group said.

Cho mentioned he needs to take responsibility for private equity fund crises, including the Lime Asset Management crisis that shocked the nation, saying after the meeting, "I believe someone has to take overall responsibility and resign."

"We agreed that a candidate who has the capability to flexibly respond to uncertain future situations and leadership to gather energy both inside and outside of the group should be the next candidate for the group chairman," an official who headed the meeting said.

Jin is a Japan market expert with years of experience in the country.

Jin, who graduated from a commercial high school, began his career at the Industrial Bank of Korea in 1980. He later joined Shinhan Bank in 1986.

After returning to Korea, Jin briefly left Shinhan Bank to found SH Capital in 2004. He eventually returned to the group in 2008 when he was reassigned to Osaka to lead the establishment of Shinhan Bank Japan.

Jin will have to receive final confirmation from the board later this year. He will be appointed to the position through a vote at a shareholders meeting slated for March. If his nomination is confirmed, Jin will start a three-year term that ends in March 2026.