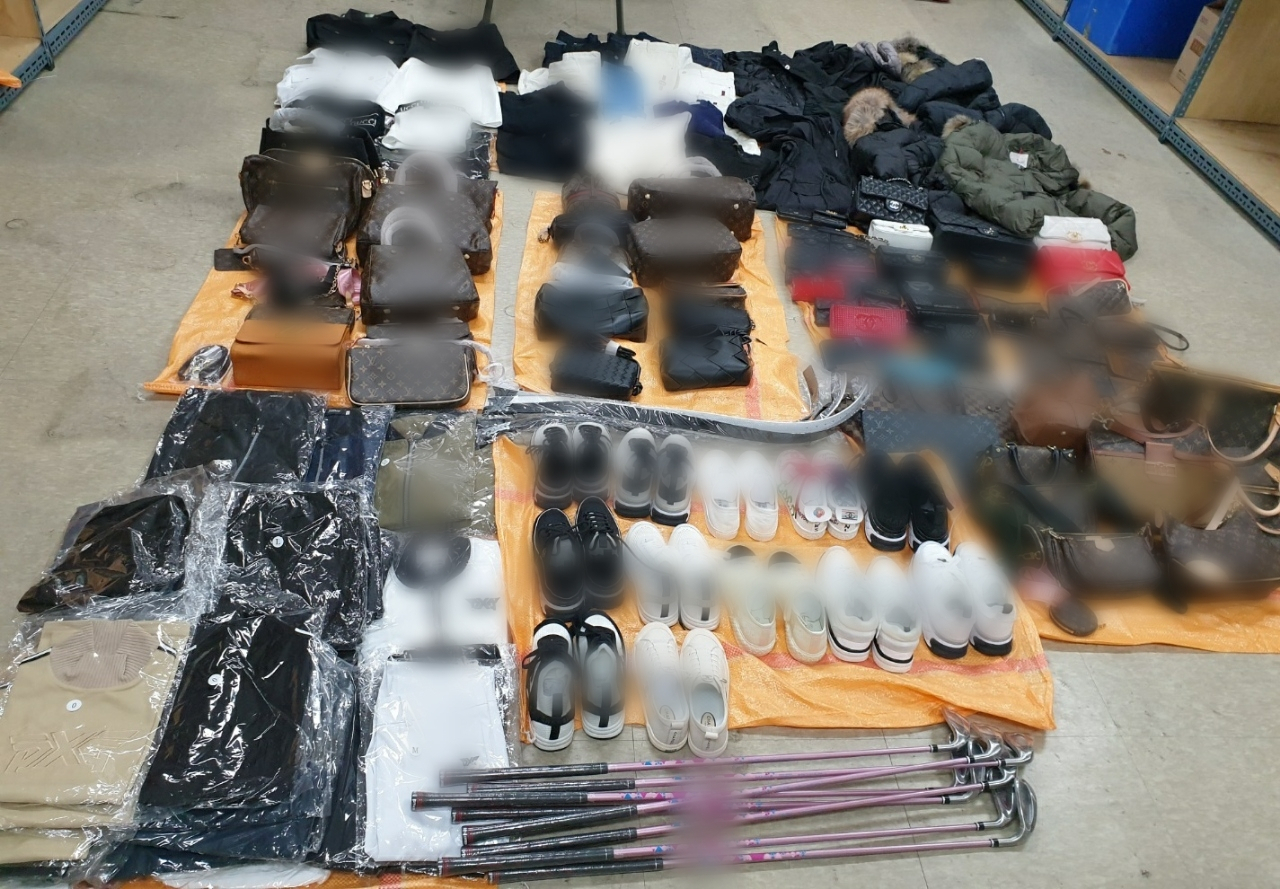 Seoul on Thursday announced that 110 manufacturers and sellers of counterfeit designer goods have been booked on criminal charges.

According to the city's Special Judicial Police Bureau for Public Safety, more than 5,000 pieces of counterfeit designer goods valued at 3.9 billion won ($2.5 million) have been confiscated.

Manufacturing, selling, or holding onto counterfeit goods is punishable by imprisonment of less than seven years, or a maximum fine of 100 million won.

Those booked were found to have manufactured, sold, or stored 5,006 pieces of counterfeit clothing, handbags, and golf gear.

The investigation was carried out by citizen reports and expert consultations. The city of Seoul is asking for assistance from the public, offering a cash reward of up to 200 million won for information.

The authorities plan to strengthen inspection around Dongdaemun-gu, Myeongdong, and Namdaemun-gu, foreseeing an increase in counterfeit goods trade during the holiday seasons.