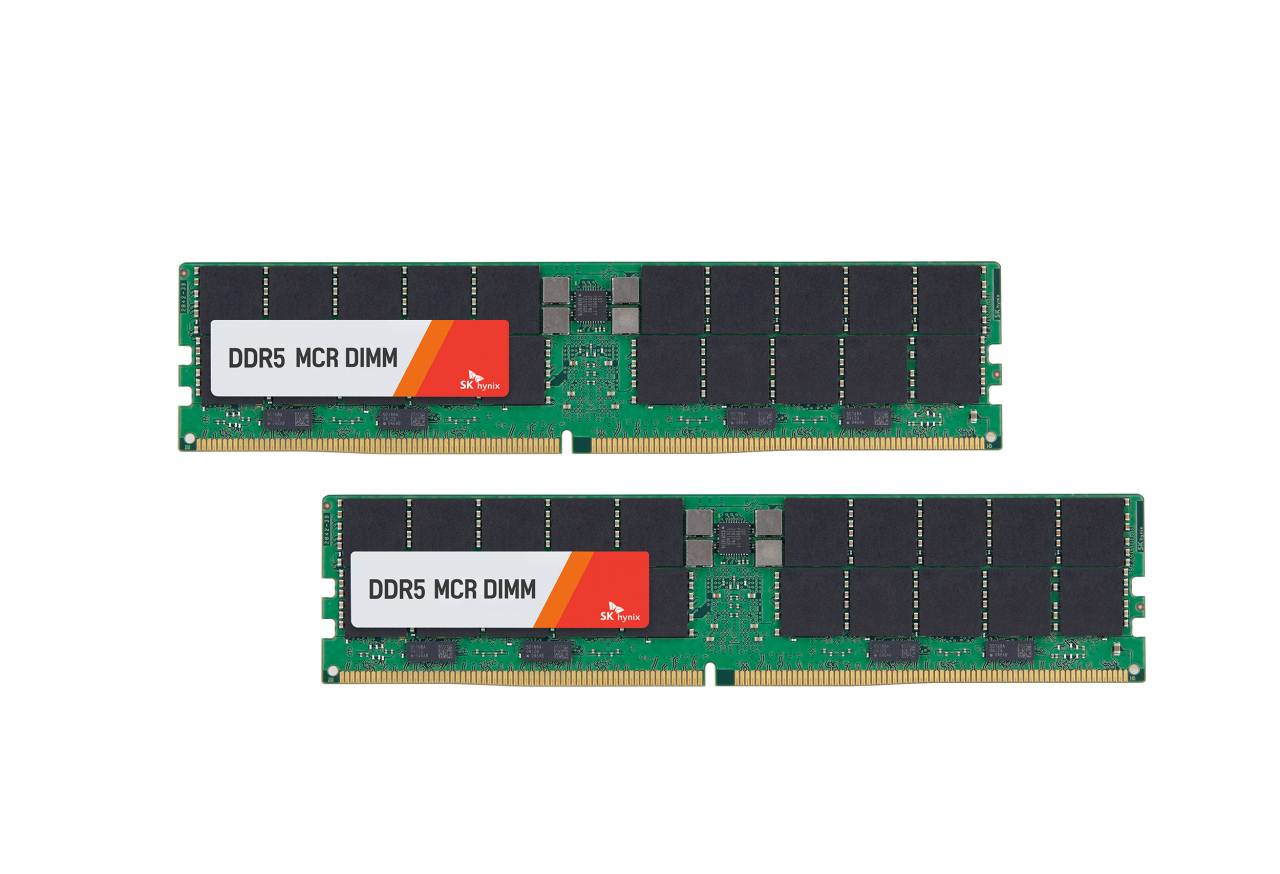 South Korean chipmaker SK hynix said Thursday it has developed the world's fastest server memory module that has greatly improved the operation speed of existing module chips in the market.

Developed in collaboration with global chip giants Intel and Renesas, SK hynix said their engineers have thought “out of the box” to focus on improving the speed of modules, instead of the DRAM chip itself.

According to SK hynix, the new product has been designed to operate two ranks simultaneously by utilizing the data buffer installed onto the MCR DIMM, based on Intel’s MCR technology.

This has allowed MCR DIMM to transmit 128 bytes of data to CPU at once, a jump from the 64 bytes generally fetched in a conventional DRAM module.

The increase in the amount of data sent to the CPU, in turn, drives up the data transfer rate of a single DRAM.

SK hynix seeks to bring the DDR5 product to mass production in the future, with the goal of leading the transition to the next-generation memory chip standard in the market where the DDR4 standard is largely dominant.

SK hynix expects the MCR DIMM market to expand, driven by high performance computing that will take advantage of the increased memory bandwidth. DDR5-standard memory products are projected to take a 20 percent market share in the DRAM market next year, and 40 percent by 2025.

“For a stable performance of MCR DIMM, smooth interactions between the data buffer and processor in and out of the module are essential.”

Dimitrios Ziakas, the vice president of Memory and IO Technologies at Intel, said that Intel and SK hynix are leading the way in memory innovation and the development of high performance, scalable DDR5 for servers, along with other key industry partners.

“The technology brought forward comes from years of collaborative research between Intel and key industry partners to produce significant increases in deliverable bandwidth for Intel Xeon processors,” Ziakas said. “We look forward to bringing this technology to future Intel Xeon processors and supporting standardization and multigenerational development efforts across the industry.”