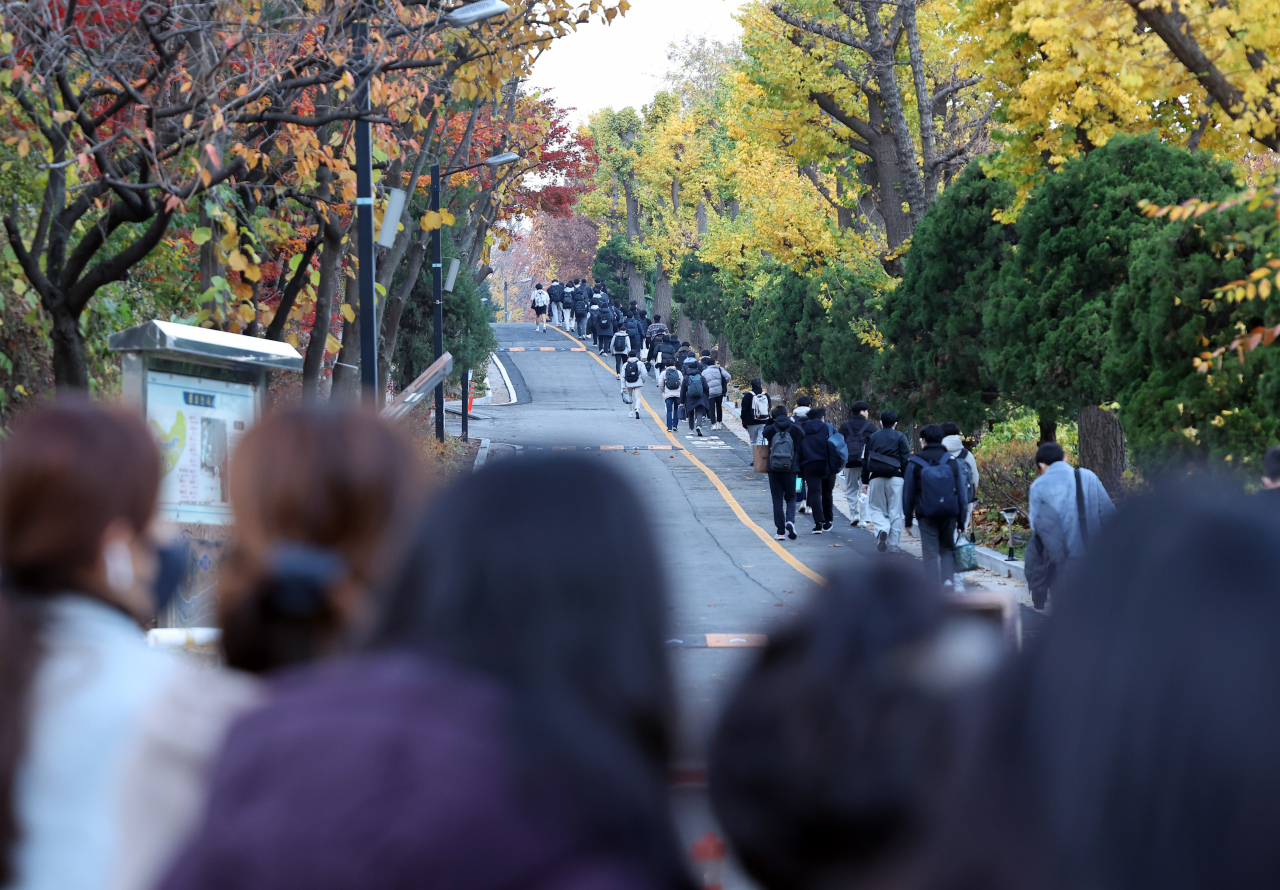 As the answers to this year’s Suneung, or the college scholastic ability test, are set to be released Friday, competition for college entrance is expected to heat up. But local education experts on Thursday said that the scores for Suneung don’t carry much weight now since universities weigh the scores differently in their college admissions.

“Universities differ in terms of how much they take Suneung into account when it comes to college entry, so students and parents need to heed what the colleges want carefully after receiving their results tomorrow,” Lee Man-ki, the vice president of Uway Educational Assessment Research Institute, told The Korea Herald.

“Since the current system is under a four-year notice system, allowing students to prepare for the country’s college admission system in advance, following what the university wants will be the trend until 2027,” Lee added.

The Korea Institute for Curriculum and Evaluation released the results for this year’s Suneung, or college scholastic ability test, on Thursday.

The institute, which organizes the multi-subject standardized exam, will release the answers for this year’s exam, held on Nov. 17, on its website on Friday. It said it thoroughly reviewed all 663 complaints filed against the exam questions and confirmed no errors were made in the questions that faced objections.

Students will apply to universities based on the nine-tier rating system, standard scores, percentile ranks and more.

Woo said going to more institutes to focus on mathematics because the subject was difficult on this year's exam is not an ideal option, and instead future test takers should consider how much Suneung grades are reflected in admissions.

“This year’s Korean language subject was easier than last year’s exam, so many students logged a higher score than the previous year, but that’s not it. Some colleges only review 25 percent of that subject, and the yardstick varies among top-and-mid-level universities. If students want to aim high, they must plan accordingly to those schools.”

A total of 447,669 people applied to take this year's Suneung test, which is 469 fewer people compared to last year, according to the Education Ministry. Among those, only three students earned perfect scores this year.

The level of difficulty for this year appears to be similar to that of the previous year and the June and September mock exams, respectively.