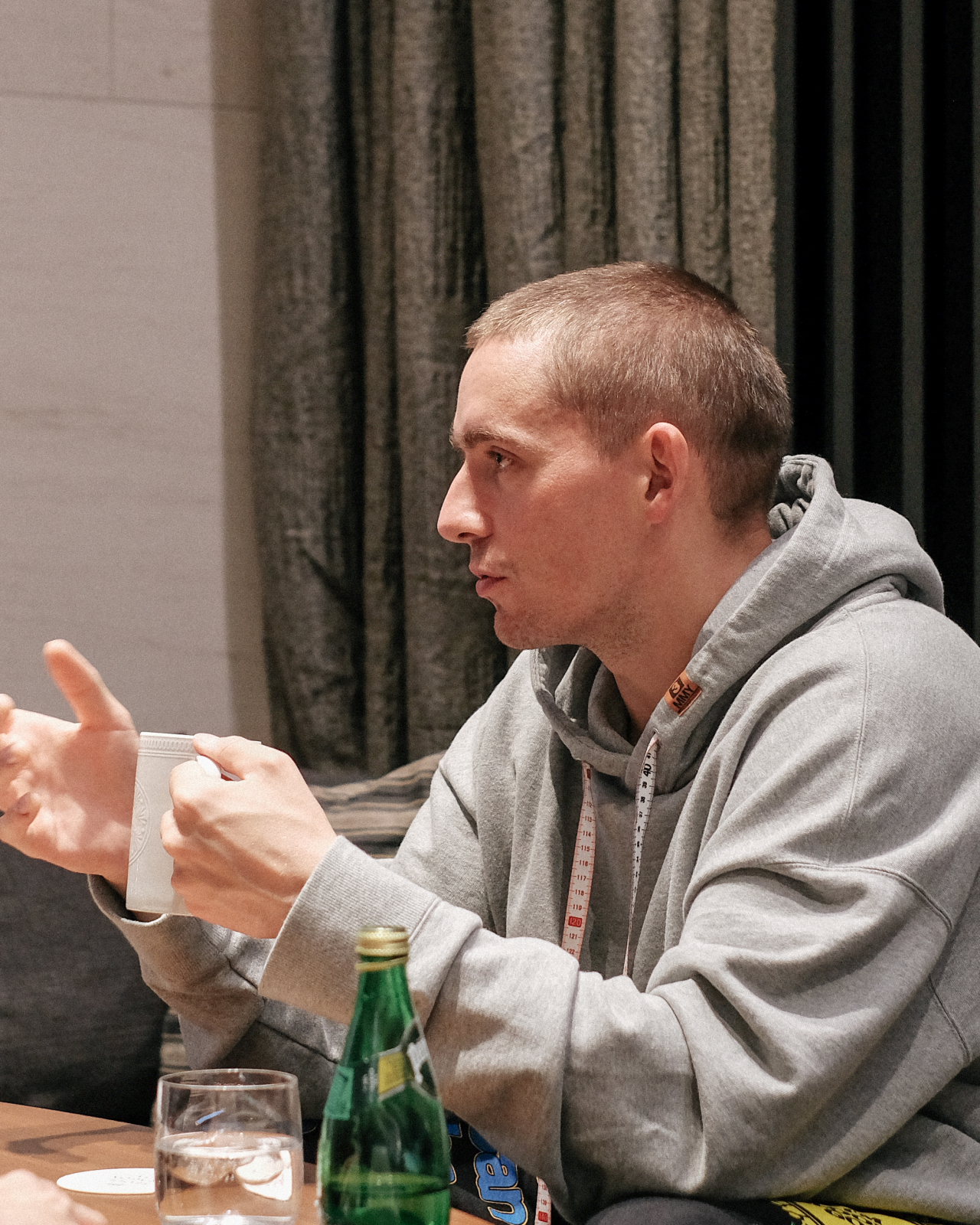 Once Dublin-born Dermot Kennedy walks down the stage and grabs a microphone, his smoldering vocal evokes a whirlwind of emotions, sometimes eruptive, grainy, melancholy, but ironically at peace. His heartfelt, down-to-earth lyrics boldly share the complexities and beautiful sides of life, embracing a light of hope although it may not always a ray of sunshine. Hailing from Ireland, Dermot Kennedy said this intense connection with his listeners and speaking to them through music have always been -- and always will be -- his utmost priority.

“Sometimes people tell me how my music has helped them through certain situations and it’s amazing to feel like it’s me versus them. Music is just between us. And it doesn’t feel like I’m doing this for them, it’s like we both benefit from this music,” said the musician during his recent interview with The Korea Herald in Seoul. Currently on a world tour, Kennedy had stopped by Seoul for the first time to perform at the 2022 Hyundai Card Da Vinci Motel event, held at Hyundai Card Vinyl & Plastic, Music Library and Understage in Seoul, from Oct. 14-16. And the singer-songwriter was pleasantly surprised with his fans in Korea, with whom he could have stayed connected throughout the whole session, evening watching some of them shed some tears.

“What’s really difficult as an artist is when you feel like people don’t pay attention to your lyrics. But yesterday's event was beautiful because people were paying full attention to me. I loved that to be honest,” he said.

Often called "the Irish Ed Sheeran" for his folksy, acoustic sonic style, Kennedy threw his glitzy hat into the ring with his debut studio album “Without Fear,” featuring his empowering radio hit “Outnumbered” on Oct. 4 2019. He kept on the winning streak, being nominated for international male solo artist of the year at the BRIT Awards in January 2020. Earlier in March, Kennedy won the RTE Choice Music Prize Irish Song of the Year 2021 for his single "Better Days,” released in July last year. He dropped his second studio album “Sonder” last month, which includes his previous singles “Kiss Me,” “Dreamer,” “Innocence and Sadness” and “Better Days.”

Kennedy now plays for thousands of audiences, but he vividly remembers his good old days back in the streets of Dublin, busking.

“I think it’s a great music education. I’m never nervous about playing in front of people and even now, if we play music to 20,000 people, I still don’t really feel nervous because what’s way more difficult was when I was 17. I just put my guitar case down on the street and opened it up. That was scary to me,” said Kennedy, revisiting the times when he had to play music to passersby on the streets.

“So it really shows you how to play it to people, and outside of music, to not care about what people think about you. Because that’s what’s important. Busking has given me a lot of good memories, but I don’t miss it you know? I definitely don’t miss it.” 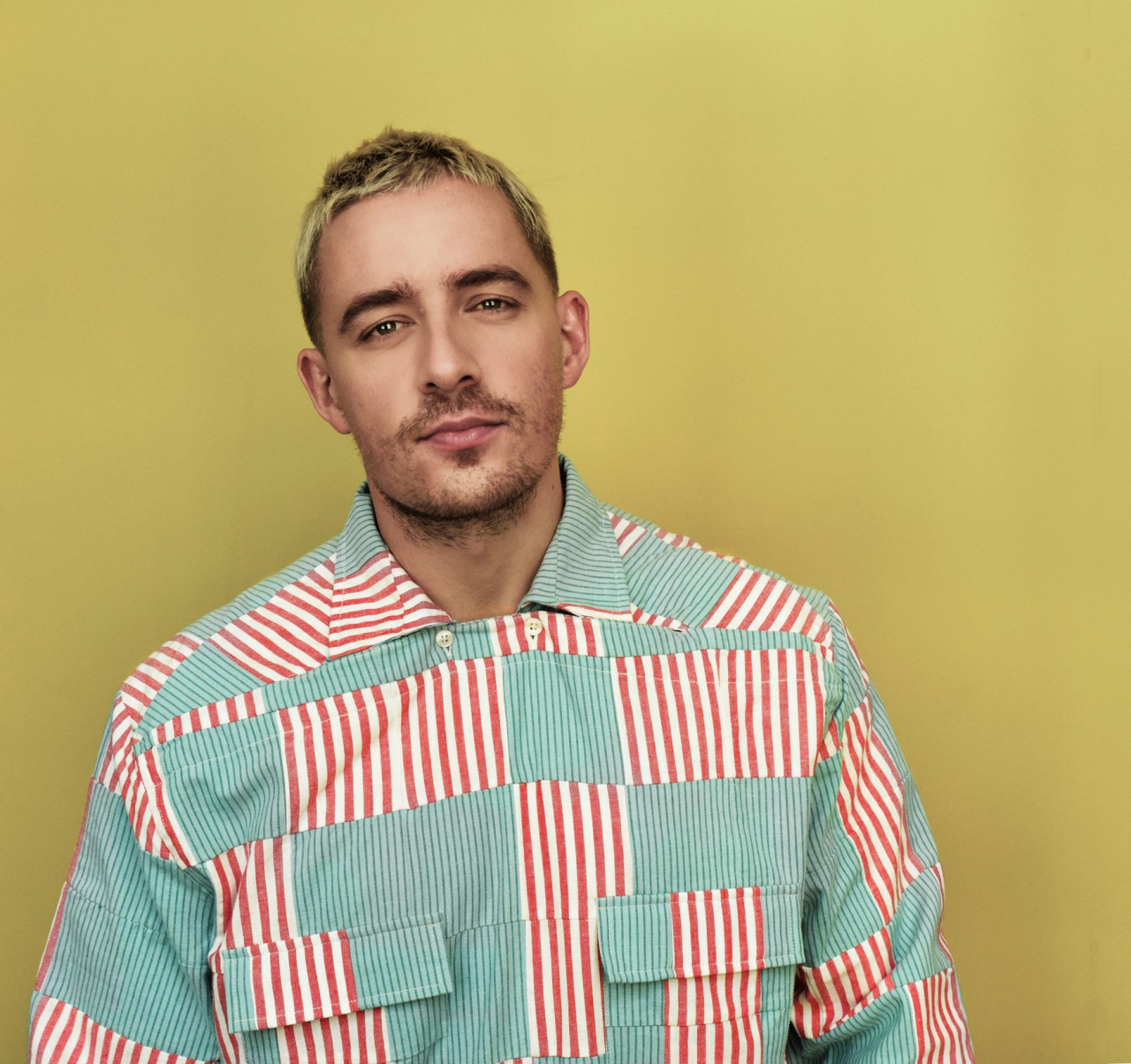 In his words, Kennedy has climbed up the lofty ladder of the music industry from the bottom. And now, his career has been running at a full throttle with countless gigs and tours all around the world. In between the showering accolades and attention, however, the 30-year-old musician said there was one core value that enabled him to remain optimistic, which was to rule out “celebrity.”

“In my career, my ambition feels huge. I want to play the biggest venues as much as I can, and there’s nothing I don’t want to do in terms of music. But at the same time I don’t include celebrity in that. I just want to play shows to tons of people, my music to reach loads of people,” he explained.

“I just want people to know that I just happened to be at the center of all of it and I want to share it equally with them.”

As a rising star, there was no playbook he could flip through, but it just came to him naturally that severing his actual life from the musician “Dermot Kennedy” was the answer. He most valued his families, friends and his natural and comfortable self --stripped of the spotlight, buried on his comfy home couch after the show ends.

“I’m lucky that this emotion just comes naturally. In this industry, it’s so busy and hectic and it’s important to look after yourself mentally. And I realized that it’s impossible to keep everyone happy. It’s impossible,” he added.

“I just want my actual life to be the same. If I do this in five years or if I stop in 10 years, I still need to be me. When I go home, family and friends, that’s all I have. It doesn’t matter if I’m a musician or an artist, whatever. I’m trying to change a lot of things but not that one."

Wrapping up the conversation, Kennedy hinted at the possibility of revisiting the country with a full band in the future. The musician is set to continue his world tour throughout next year.