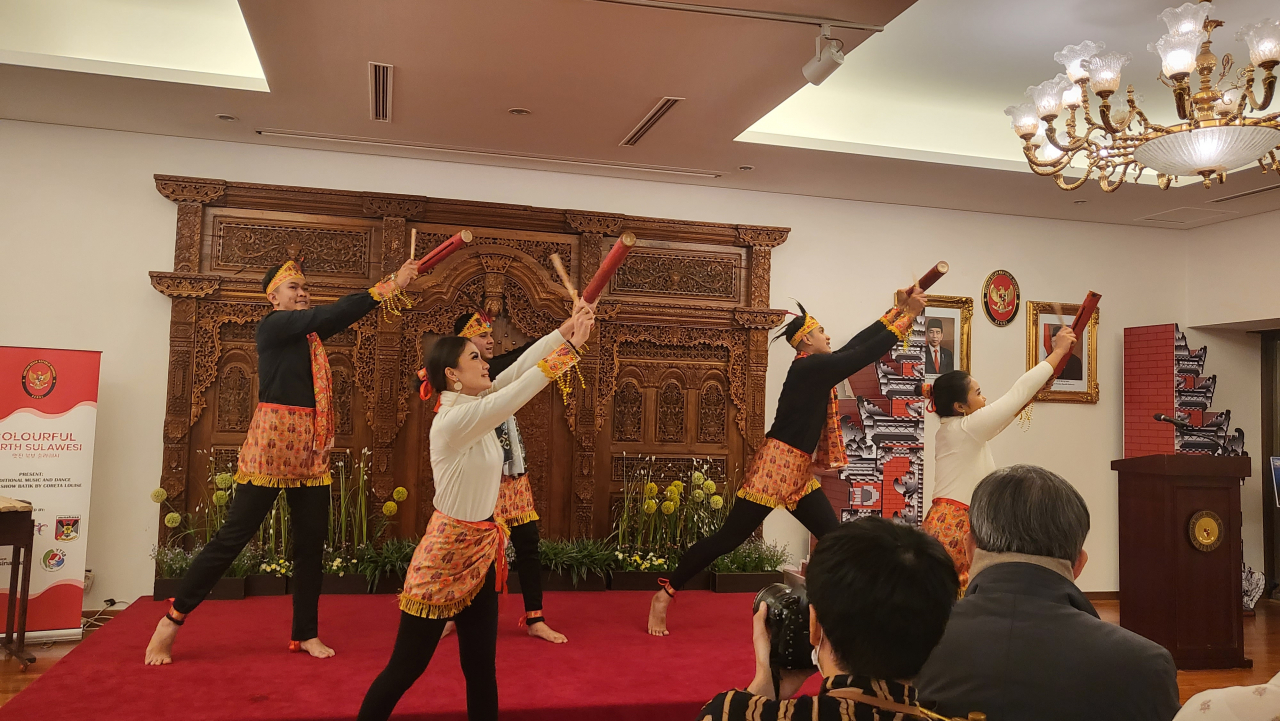 A traditional Indonesian dance is performed with tools used by people in North Sulawesi Province at the Indonesian ambassador's residence in Seoul, Tuesday. (Kim Hae-yeon/ The Korea Herald)

The Indonesian Embassy held a diplomatic reception Tuesday at the residence of the Indonesian ambassador to Korea in Seoul, showcasing the culture and tourism of North Sulawesi Province.

The event titled, "Colorful North Sulawesi in Seoul" presented cultural highlights of the province, such as batik and tenun, traditional dance and music as well as fashion.

The reception began with a performance of kolintang, a traditional Minahasan percussion instrument from North Sulawesi, by seven instrumentalists. Traditional music arrangements and global hits such as BTS' "Butter" were performed with kolintang, an instrument consisting of wooden blades arranged in a row and mounted on a wooden tub.

A screening of a promotion video on the history and culture of North Sulawesi followed, showcasing the region's national parts and festivals.

"Tourism is undeniably one of the biggest sectors that contribute to growth in Indonesia's economy," Gandi Sulistiyanto Soeherman, Indonesia’s ambassador to Korea, said in his remarks at the reception. "Although I am not a diver myself, I have visited North Sulawesi many times to see the beautiful natural environment. We are proud to assure you that North Sulawesi has one of the best diving courses in the world."

To increase connectivity and cultural ties with Korea, the North Sulawesi Province government's tourism office is working closely with relevant airlines in Korea in hopes of setting up direct flights from Incheon to North Sulawesi, Henry Kaitjily, the government's Tourism Division head, said at the reception. 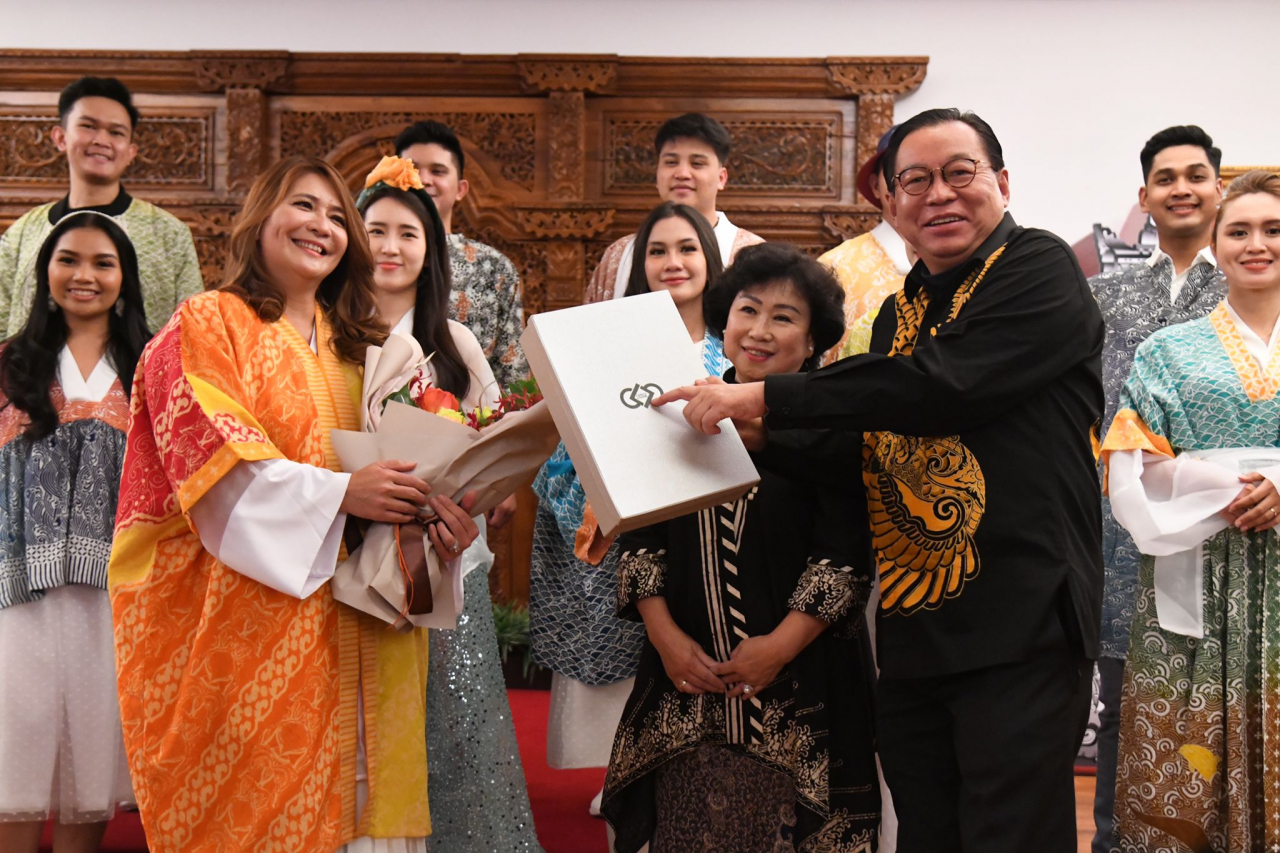