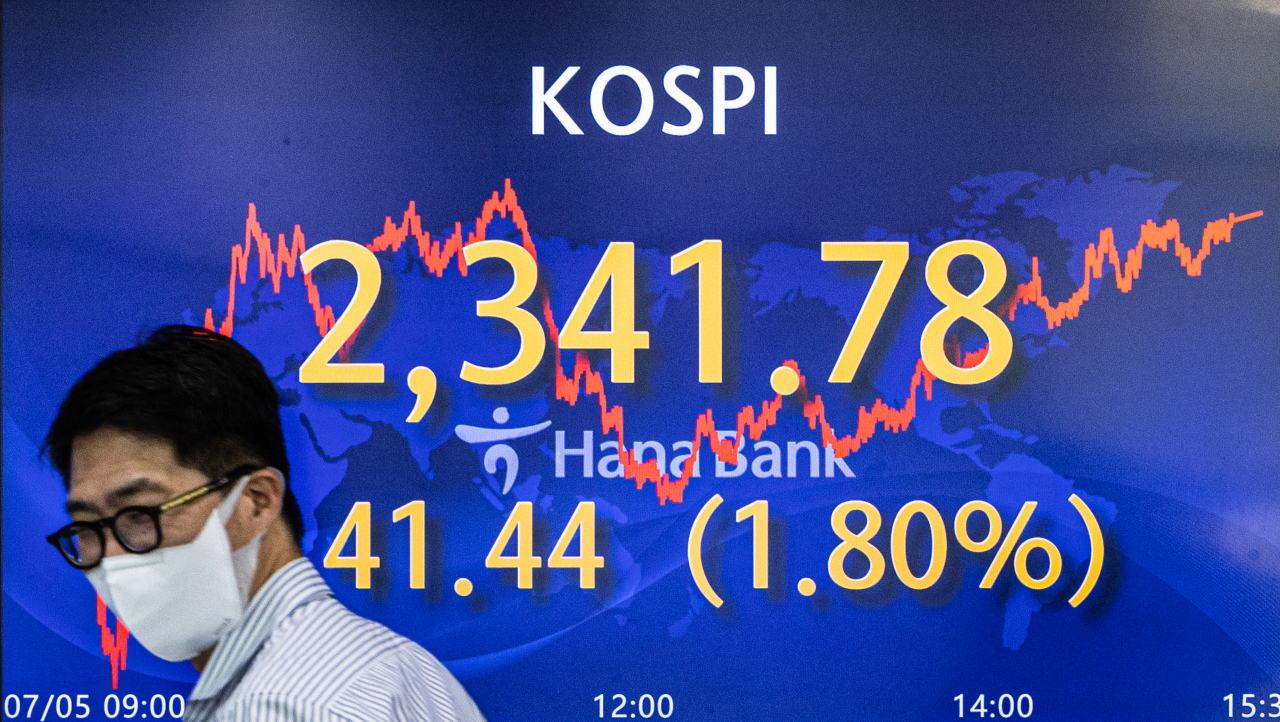 An electronic board showing the Korea Composite Stock Price Index at a dealing room of the Hana Bank headquarters in Seoul on Wednesday. (Yonhap)

The local currency ended at 1,321.70 won against the greenback, down 2.90 won from the previous day's close. (Yonhap)