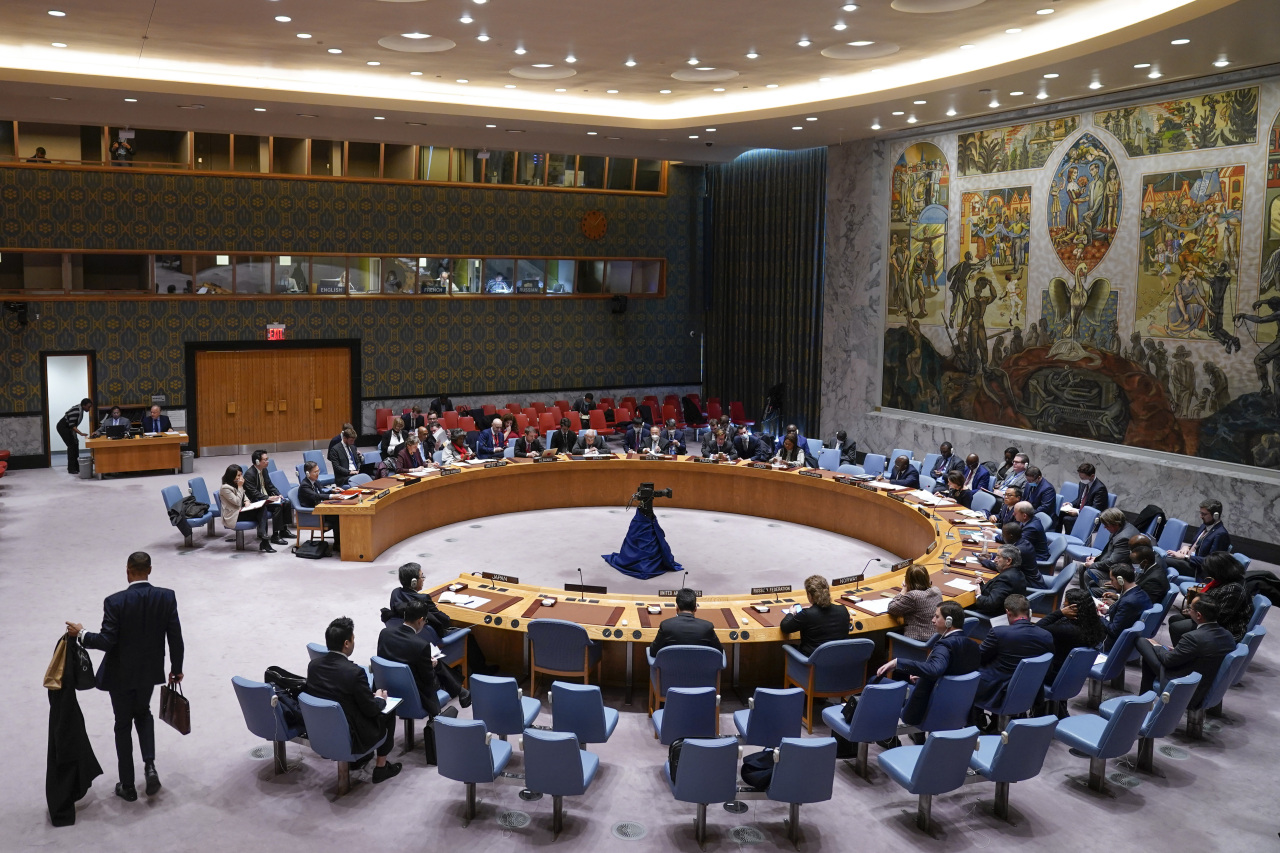 The US will raise North Korean human rights issues under “Any Other Business (AOB),” at a meeting of the UN Security Council on Friday, a US diplomatic source with knowledge of the matter, who wished to remain anonymous, confirmed to The Korea Herald on Wednesday in a written statement.

The 15-member UNSC can discuss standing agenda items behind closed doors without prior consensus among member states in the AOB format.

Voice of America on Tuesday first reported that a closed-door discussion on the human rights situation in North Korea would be held following a meeting on sanctions on the Democratic Republic of Congo scheduled for Friday morning, citing an unnamed source at the UN.

The UNSC has failed to resume an open discussion on North Korea’s human rights situation since 2017, as growing conflict among the US, China and Russia — all veto-wielding permanent members of the UNSC — has made it more challenging to find a middle ground.

To hold a public discussion on North Korean human rights a procedural vote is required at the 15-member UN Security Council. At least nine affirmative votes out of 15 must be secured to proceed with an open session.

The UN Security Council discussed North Korea’s human rights as a separate and formal agenda item and held an annual open discussion from 2014 and 2017. The UNSC stopped holding a session on the matter in 2018 and 2019.

In 2020 and 2021, the UNSC discussed the human rights situation in North Korea behind closed doors under AOB.

“The absence of open and public meetings on the DPRK’s human rights situation for the past four years has precisely sent the wrong message to Pyongyang, that the government can continue committing grave violations against the North Korean people with impunity,” the letter read, using the abbreviation for North Korea’s official name, the Democratic People’s Republic of Korea.

“We also call on the UN Security Council member states to mainstream human rights into any debate related to North Korea, especially given in referring to security and weapons development in North Korea, where human rights violations such as exploitation and forced labor go in tandem.”

The human rights groups and defenders underscored the necessity of resuming open discussion given that the Kim Jong-un regime has exploited the COVID-19 pandemic to “further isolate the country and increase repression” at the expense of North Korean people’s right to movement, freedom of information and right of access to food, medicine and basic necessities.

“Even if the UN Security Council decides to hold North Korea human rights discussion under AOB, it is crucial that the member states keep in mind that such discussion under AOB is not sufficient, and that it should not be used as a substitute or an excuse for not scheduling an open and public meeting in the Council’s official agenda in January 2023,” the letter read.

The UN General Assembly also encouraged the Security Council to “immediately resume discussion” on the human rights situation in North Korea and invited the Office of the United Nations High Commissioner for Human Rights to give a briefing to the Council in a resolution adopted at the Third Committee by unanimous consent in November.