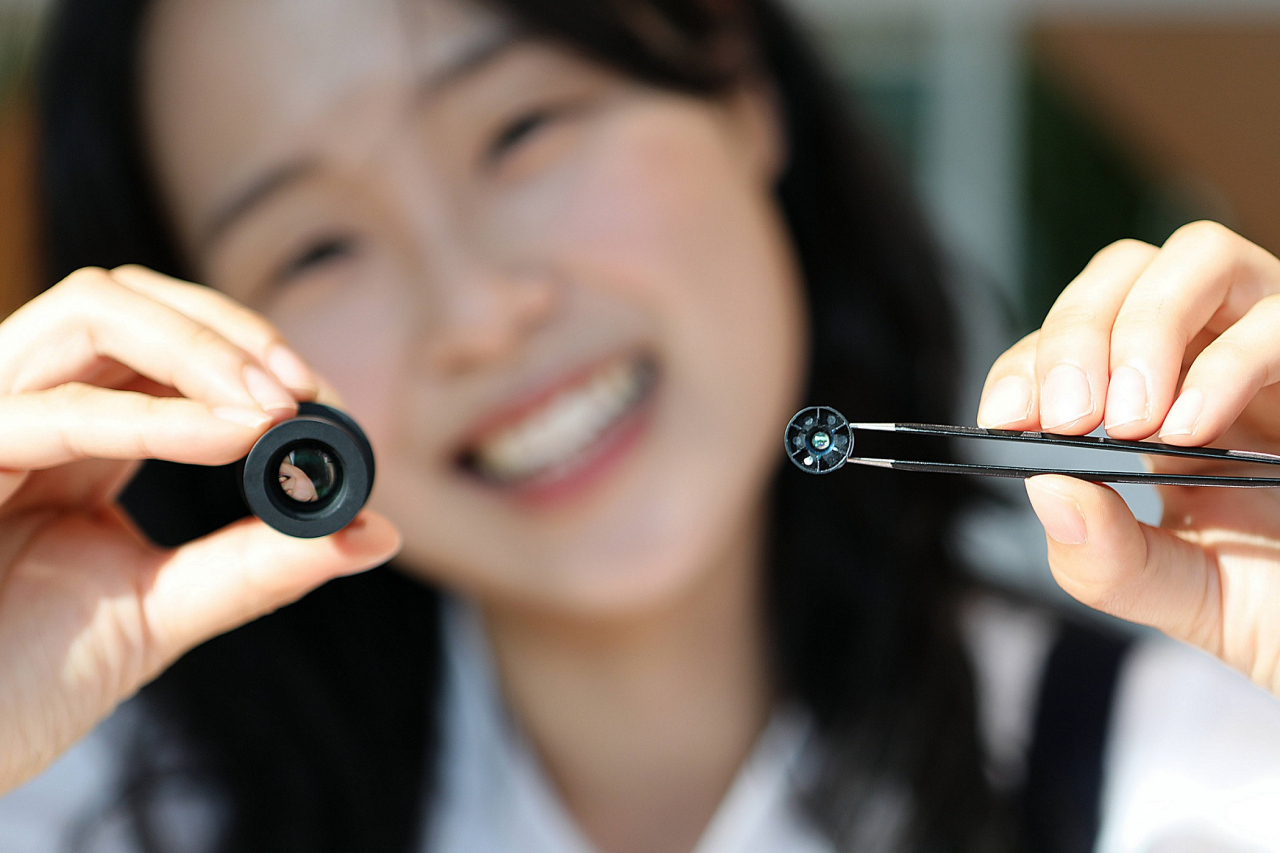 A LG Innotek employee holds up the newly developed high-performance hybrid lenses, to be used in the Driver Monitoring System (right) and in the Advanced Driver Assistance System (left). (LG Innotek)

LG Innotek said Wednesday it has successfully developed new types of high-performance hybrid lenses for autonomous driving that have reduced size and thickness while increasing price competitiveness compared to existing products in the market.

Camera lenses are a key component of autonomous driving solutions as they help detect the driver’s movements, according to the company.

The former is ready for its launch, while the latter will be made available in the global market by 2023, according to the electronic parts maker.

Unlike traditional lenses which use only glass, LG Innotek’s newly developed lenses are made by cross-applying glass and plastic. Manufacturers were reluctant to use plastic in lens-making as plastic is susceptible to deformities caused by high temperatures or external pressures.

However, LG Innotek said it has developed a mechanism to ensure that the partially plastic lens does not deform or experience quality change when exposed to heat or external forces. Rather, the decision to use plastic decreased the size and price, according to the manufacturer.

“As the level of autonomous driving increases, more sensors are required, meaning parts need to be smaller,” said a LG Innotek official.

Moreover, as camera modules are being put near the roof of the car rather than on its dashboard, carmakers are demanding lenses that can be more easily hidden from view, the company official explained.

“We expect LG Innotek’s high-performance hybrid lens, which has overcome the limitations of plastic with innovation, to create a huge wave in the market,” said LG Innotek Vice President Kang Min-seok.