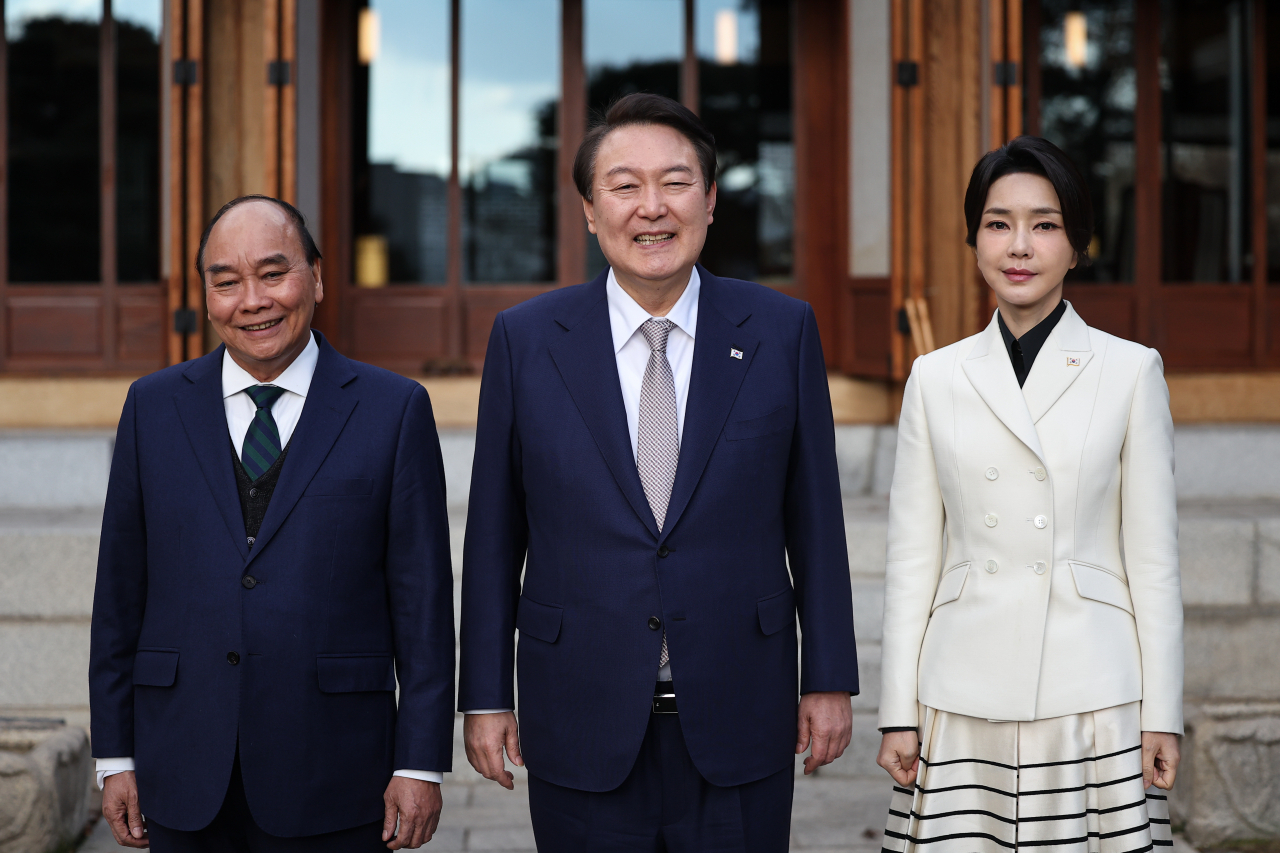 The first lady called for the Vietnamese president’s “keen interest” in Koreans’ visa-related issues during Phuc’s visit to Cheong Wa Dae, saying she saw news reports about how Korean travelers or nationals dwelling in Vietnam have encountered problems regarding visas.

In response, the Vietnamese president pledged he would spare no effort for the convenience of the Korean people.

The conversation between Yoon, the Vietnamese president and the first lady was held at Sang Chun Jae, a wooden pavilion that hosts VIP guests at Cheong Wa Dae, the former presidential office.

Apart from visa problems, the visiting president underscored the two countries' growing ties. “I’m confident that the two countries will become the best partners in Asia, as there’s much room for cooperation in various sectors, including economy and national defense,” he said.

“Taking the Vietnamese president’s visit to Korea as a stepping-stone for the past 30 years, I think it will be a great opportunity for the two countries to make a step forward and develop into a comprehensive strategic partnership in the future,” Yoon said in return.

The Vietnamese president arrived in Seoul on Sunday for a three-day trip to celebrate the 30th anniversary of bilateral diplomatic ties this year between South Korea and Vietnam. Phuc is also the first state guest since the Yoon administration was inaugurated in May.