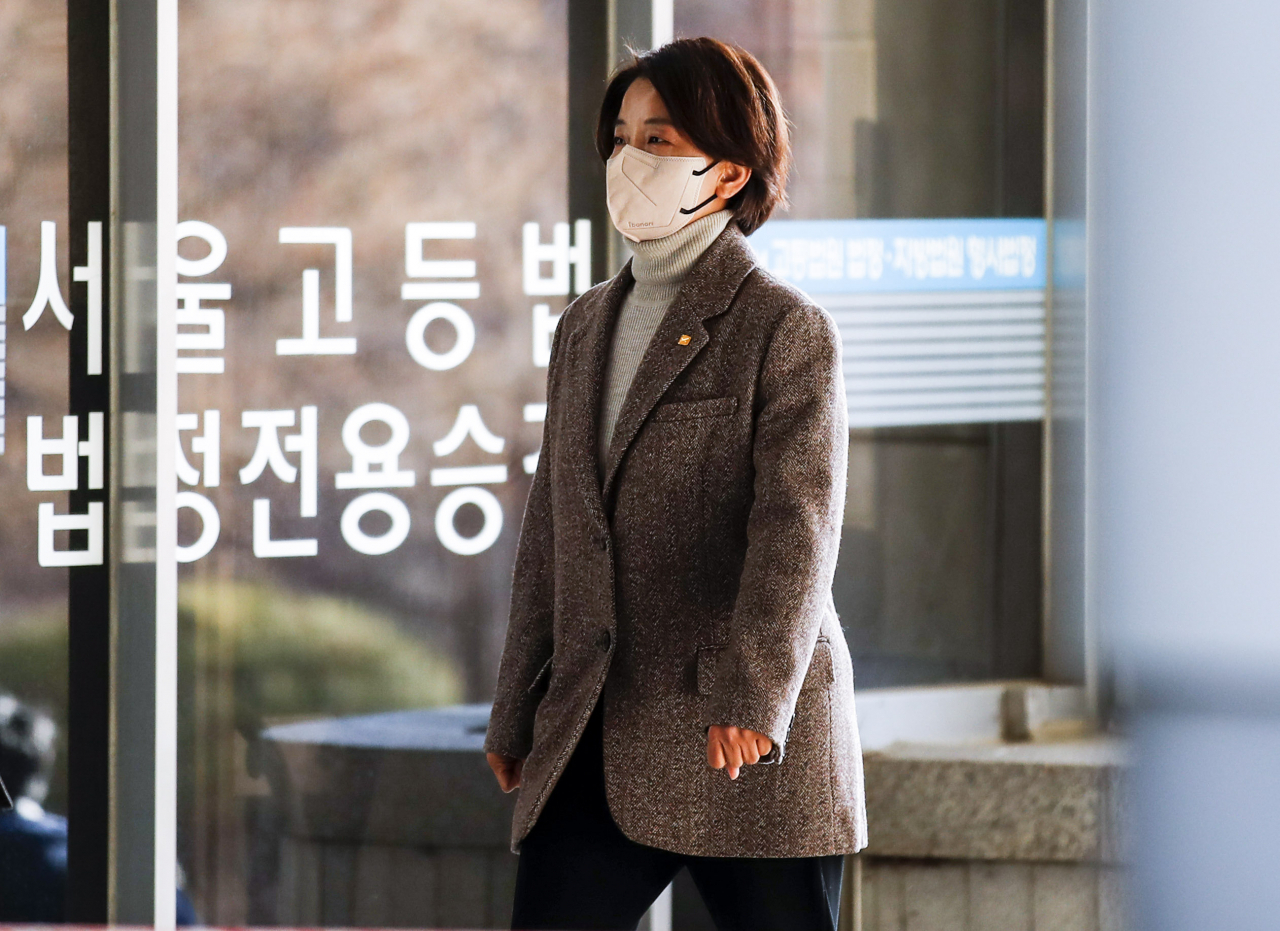 Rep. Lee Eun-joo of the minor opposition Justice Party was given a suspended prison term on Wednesday for illegal electioneering, a punishment heavy enough to result in the loss of her parliamentary seat if confirmed by the Supreme Court.

The Seoul Central District Court sentenced Lee, the floor leader of the Justice Party, to 10 months in prison, suspended for two years, for violating the Public Official Election Act.

Rep. Lee was found guilty of making phone calls to party members while running for the party's proportional representation seat, in violation of the law that bans electioneering during at night time.

By law, lawmakers lose their parliamentary seats if they are convicted of election law or political fund law violations and sentenced to a fine of 1 million won ($758) or more. Lee can lose her seat if the sentence is finalized by the top court.

Following the ruling, Lee told reporters that she will file an appeal. (Yonhap)