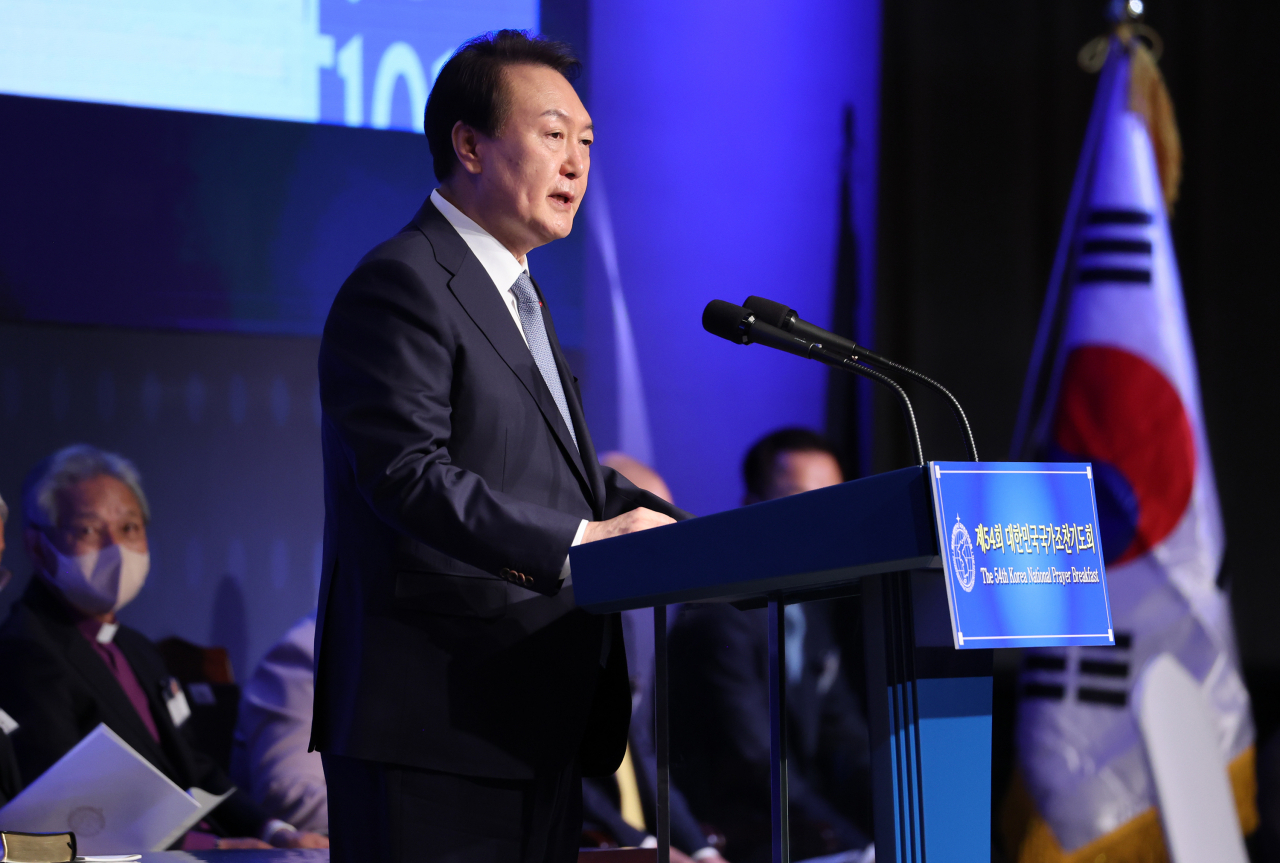 President Yoon Suk-yeol will host a dinner for the national football team this week after they return from the FIFA World Cup in Qatar, his office said Wednesday.

The dinner was apparently fixed for Thursday after the presidential office reached out to each player and staff member to ask for their opinion.

The office had said earlier that it was hoping to host a luncheon with the team as early as Thursday.

South Korea reached the round of 16 for the first time in 12 years after a dramatic victory against Portugal in the final group match. (Yonhap)