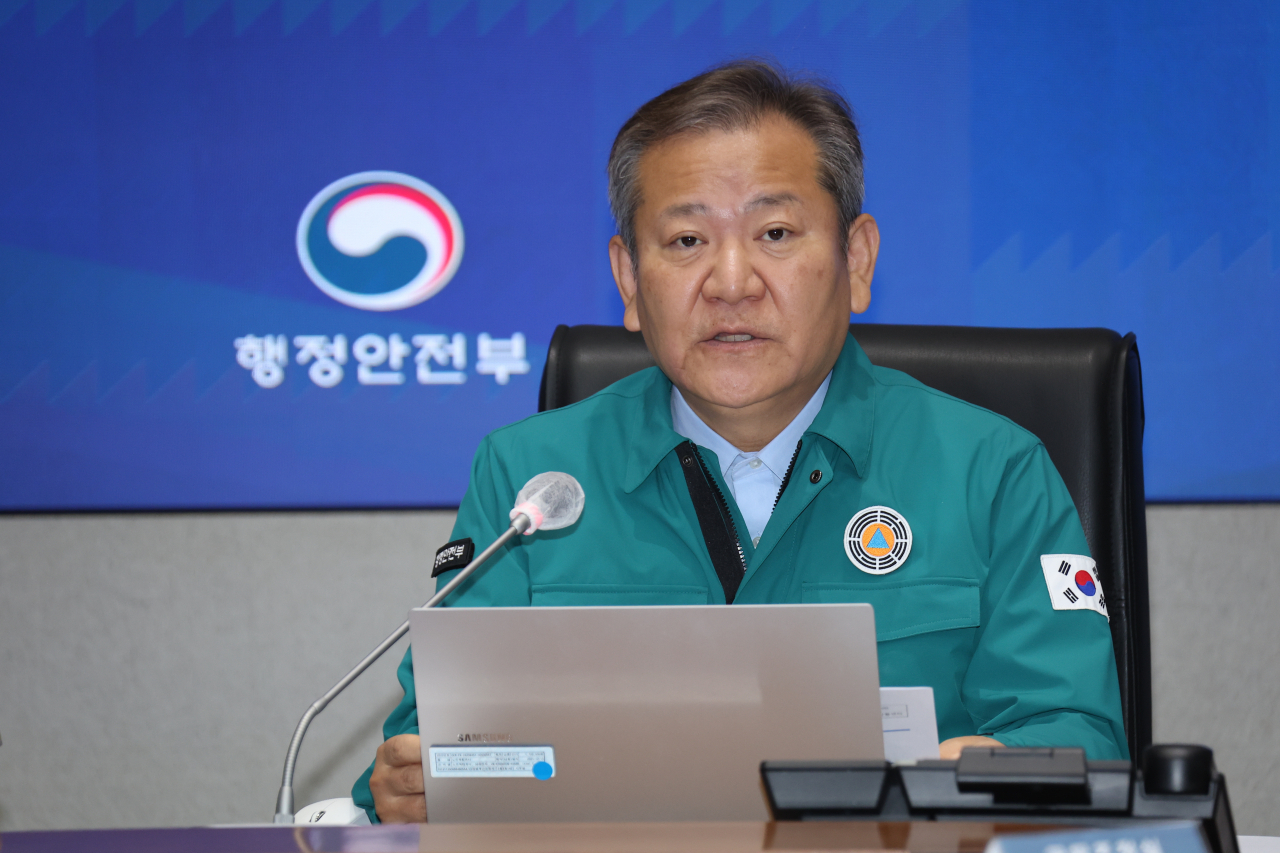 The government also said it will provide personal protection for cargo truck drivers who suffer harm due to their decision not to join the strike, as supply disruptions continued to beleaguer major industries, including steel, petrochemicals and oil refining.

The loss estimate and anti-strike measures were released at a meeting of the Central Disaster and Safety Countermeasure Headquarters presided over by Minister of the Interior and Safety Lee Sang-min.

"The government will strictly respond to the striking truckers in accordance with the law and principles and hold them accountable until the end," Lee said, asking them to prioritize people's livelihoods and the national economy.

Referring to alleged physical attacks on nonunionized truckers, the minister vowed that police will swiftly offer personal protection and take other support measures for all drivers who have suffered damage for not taking part in the strike.

Lee said 492 cement truck drivers had resumed work as of Tuesday and 48 others have expressed an intent to return to work following the government's issuance of an executive back-to-work order for the cement truckers last week.

He noted shipments of cement have thus recovered to about 90 percent of normal and the recovery rate in the steel industry has risen to about 50 percent.

The number of gas stations nationwide running out of fuel declined from 96 on Monday to 81 the following day, he added. (Yonhap)