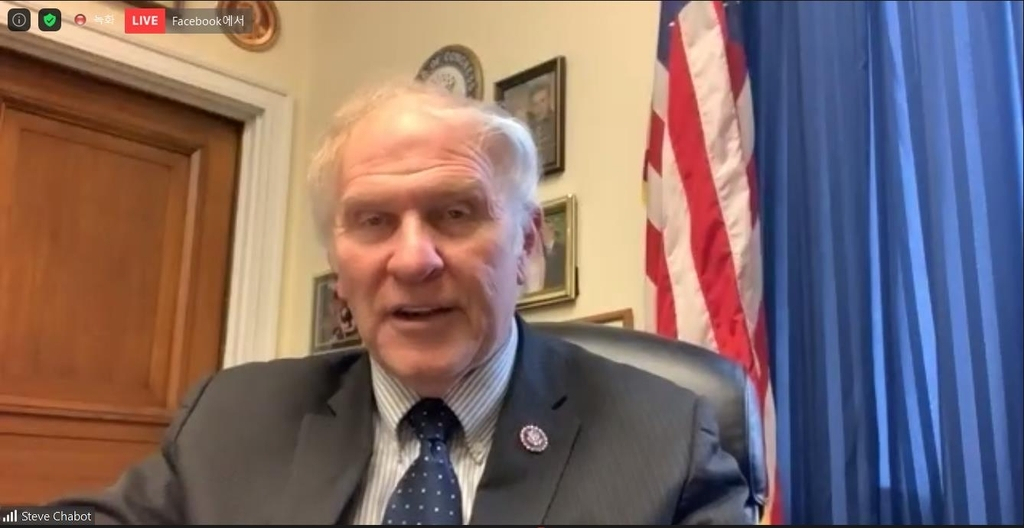 The incoming US Congress must and is prepared to focus on diplomacy in the Indo-Pacific to address the increasing competition from China and threats from North Korea, an outgoing Republican member of the House of Representatives said Tuesday.

Rep. Steve Chabot also highlighted the importance of working with South Korea and Japan, as well as other key US allies in the region.

"It's hard to overestimate the importance of the Indo-Pacific to the world in the 21st century," Chabot said in a webinar hosted by the Washington Times Foundation, noting the region accounts half of the world's population and more than one-third of the global economy.

"Over the next several years, the Indo-Pacific is going to be the epicenter of a number of important challenges for the United States, whether that's the tensions from China, which it has created surrounding Taiwan, or Kim Jong-un's nuclear missile programs," the outgoing congressman added, referring to the North Korean leader by his name.

Chabot noted the most pressing challenge for the US is and will be China and its potential invasion of Taiwan but said the North Korean issue must not be overlooked.

"While it's not drawing as much coverage as the situation around Taiwan, Kim Jong-un stepped up provocations this year," said Chabot, currently the ranking member of the Foreign Affairs Subcommittee on Asia, the Pacific, Central Asia and Nonproliferation.

Chabot argued the US was "sleepwalking into a crisis," saying the Joe Biden administration has had no answer to the North Korean provocations while being preoccupied by the Russian war in Ukraine.

"Despite the war in Europe, we must not lose sight of Kim's provocations, which in normal times, would have been front page news," he said.

North Korea fired a record 63 ballistic missiles this year, up from its previous annual record of 25.

Chabot underscored the importance of having strong capabilities to counter North Korean provocations, saying the North currently does not seem to be interested in engaging in dialogue.

"I I think the most important thing to remember is that peace comes through strength. Kim's provocations must be met with a firm response," he said.

The outgoing US lawmaker highlighted the importance of working with South Korea and Japan, saying, "Let me just say that the individual relationships with these two critical allies, and the trilateral relationship between our three countries are fundamental to peace and security in the-Indo Pacific."

"When it comes to the Indo-Pacific, there are many challenges, which, if properly met, will strengthen the US position in the region and redound to the security and prosperity of our allies," said Chabot.

"If we fail, however, we are going to see an increasingly nuclearized Korean Peninsula and a dominant China across the region and potentially, ultimately across the globe." (Yonhap)