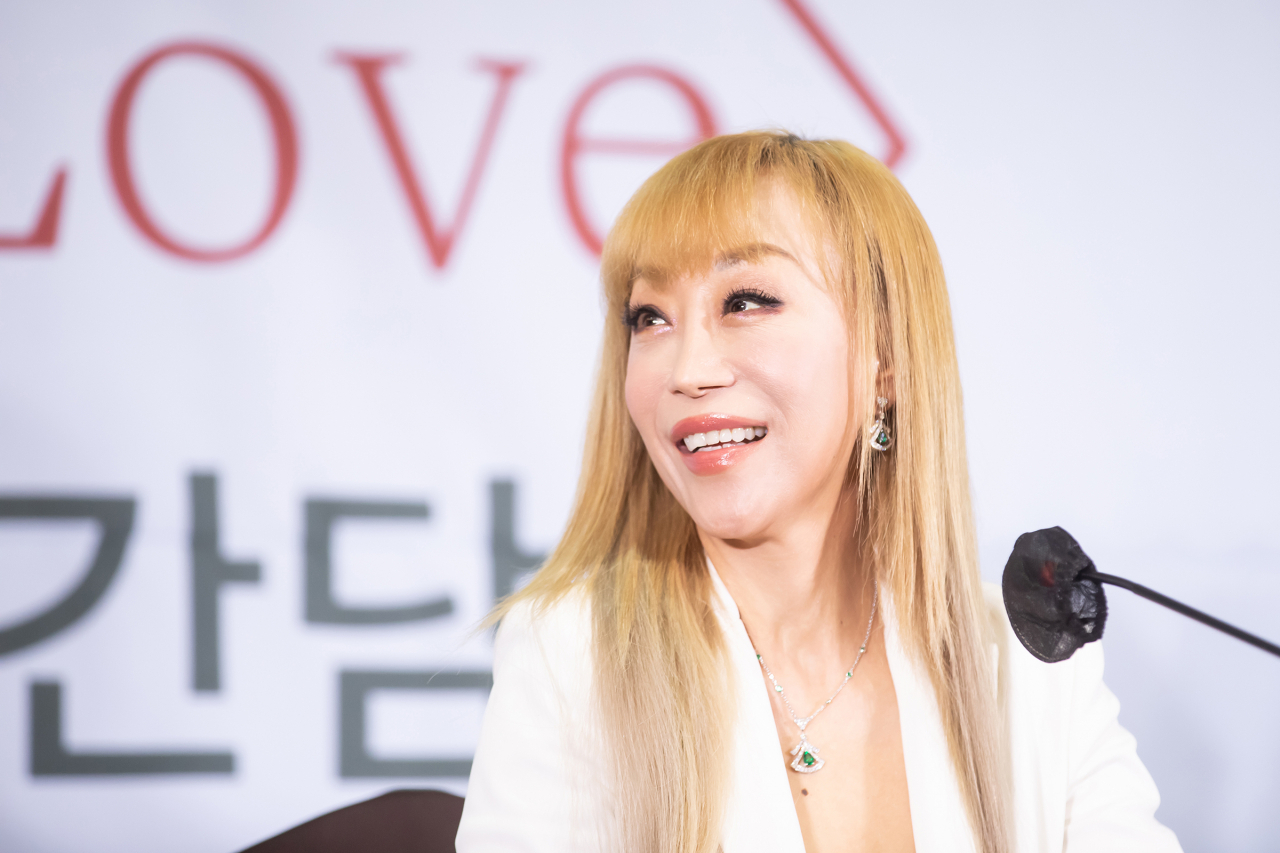 In releasing an all-Korean crossover album “In Love: Korean Love Poem,” internationally acclaimed soprano Sumi Jo said Tuesday that she hopes that the genre of Korean art songs, which celebrates its 100th anniversary this year, can be enjoyed more globally like K-pop.

“Korean art songs were introduced a century ago, but people still find Korean art songs difficult. I paid a lot of attention to the singing method and arrangement and poured all my passion, soul and time into it so that the public can get closer to Korean art songs,” she added, at a press conference in Seoul.

This year marks the 100th year since the Korean art song “Thinking of a Friend” was composed by Park Tae-joon and set to a poem by Lee Eun-sang.

“You can express all kinds of expressions in a rich way with the Korean language, so it is my hope that classical singers all around the world sing Korean art songs more often, like K-pop,” said the soprano who has performed at prestigious opera houses around the world in her more than 30-year career.

Jo introduced the 11-track album as a delightful break from her usual classical singing techniques. Perhaps it was meant to be more like a break, but she realized that she was paying way more attention to this album than anything else, according to Choi Jin, the tonmeister of the album, and Jo herself.

A lot of phone calls and messages were exchanged between Choi and Jo. She discussed the album at several airport lounges and in between performances, and re-recorded some tracks with which she was not 100 percent satisfied. The result is an utterly beautiful album which she would play on repeat, she said.

“There is always the right time for things and I believe this is the time to love,” said. “While going through a lonely time due to COVID-19, I realized the most beautiful moment of our lives is when you’re with your beloved ones, far or close,” she said while explaining the theme of her new album.

Cellist Hong Jin-ho, violinist Danny Koo, baritone Gil Byeong-min, and haegeum player Nary and the Prime Philharmonic Orchestra led by conductor Choi Young-sun participated in the recording of the album.

On Dec. 23, Jo will go on stage at Seoul Arts Center joined by this group of musicians. All proceeds from the concert will be donated to those in need.

A day earlier, on Dec. 22, Jo and baritone Thomas Hampson will perform at Lotte Concert Hall for the "Diva and Divo" series, which will continue in the 2023/24 season.

The 60-year-old soprano said she pulled an all-nighter watching the South Korea-Brazil match only hours before the press conference. A huge fan of the World Cup -- she released “Champions,” a theme song for the 2002 FIFA World Cup Korea-Japan and stays home to watch the matches -- Jo expressed her gratitude to the Korean players for their excellent performances.

"Football gives me as much joy as music does. Sports, food and music are universal languages that connect us. So musicians can contribute to world peace and we will put our utmost efforts towards that."