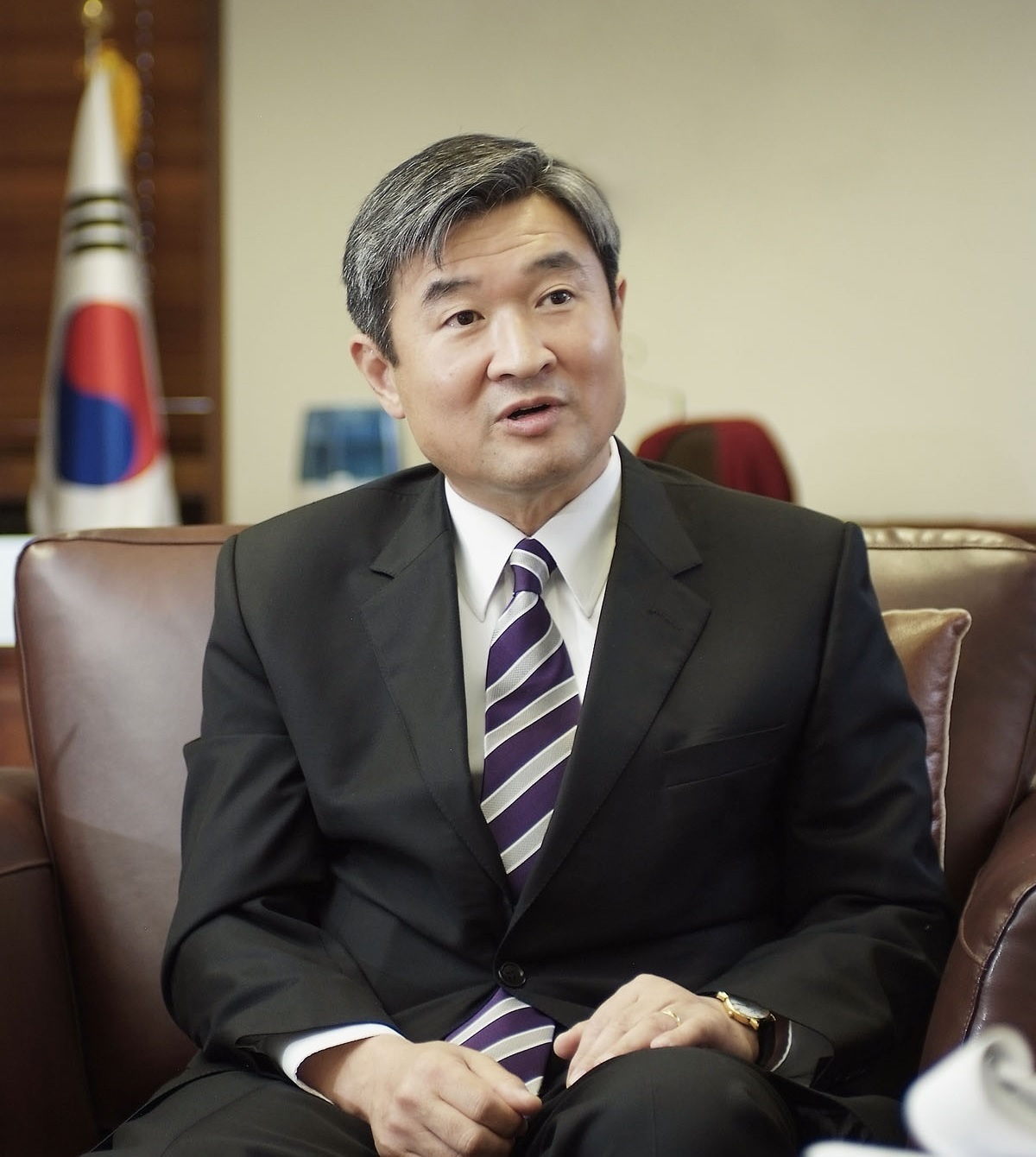 South Korean Ambassador to the US Cho Tae-yong. (Cho’s office)

South Korea and Japan need to step up efforts to advance their ties to better counter growing missile threats from North Korea, according to the top envoys from Seoul and Tokyo.

The two Asian neighbors are still locked in longtime historical disputes, the latest of which involves compensating Koreans forced to work for Japanese companies during World War II. The unprecedented frequency of Pyongyang’s missile launches this year, however, are forcing Seoul and Tokyo to put their differences behind, once and for all.

President Yoon Suk-yeol, who came to office in May, still believes in settling differences and mending relations, said South Korean Ambassador to the US Cho Tae-yong at a forum held in Washington on Monday. Cho called Seoul-Tokyo ties one of Yoon’s top priorities.

The envoy welcomed the recent trilateral anti-submarine exercises jointly conducted on Sept. 30 by the US, South Korea and Japan -- the first in five years amid North Korea’s aggression.

“The joint work was a natural response to the threat. … It will serve well all the countries involved,” Cho said, referring to the three-way coalition that has pursued a pressure campaign on an increasingly belligerent Pyongyang. Seoul is ready to contribute more to stronger ties, according to Cho.

Japanese Ambassador to the US Koji Tomita struck a similar note, saying at the same forum that the two Asian neighbors should seek broader cooperation on global issues. The current setbacks Seoul and Tokyo deal with should not dictate the way the two countries handle emerging issues, according to the envoy.

“And the trilateral cooperation isn’t just for us. It’s for the region and beyond,” Tomita said, citing the fact that Seoul and Tokyo represent some 30 percent of the world’s gross domestic product and the global trade volume, respectively.

Meanwhile, the Korean foreign minister met with what the ministry called “civilian experts” familiar with Korea-Japan ties at a luncheon Monday, as part of its efforts to receive public input on repairing relations, including resolving the wartime labor dispute.

The meeting -- attended by a former National Assembly speaker, two former envoys for Japan and former President Moon Jae-in’s special adviser -- is one of the “smaller gatherings” held on the sidelines of regular consultations on the dispute, a senior Foreign Ministry official said, adding however he was uncertain whether another such meeting would follow.

In early September, the ministry said the regulator consultations would no longer take place after having held them four times since May, noting hearings open to a larger public would debate Seoul-Tokyo ties. The ministry is still undecided about when it will start these hearings.