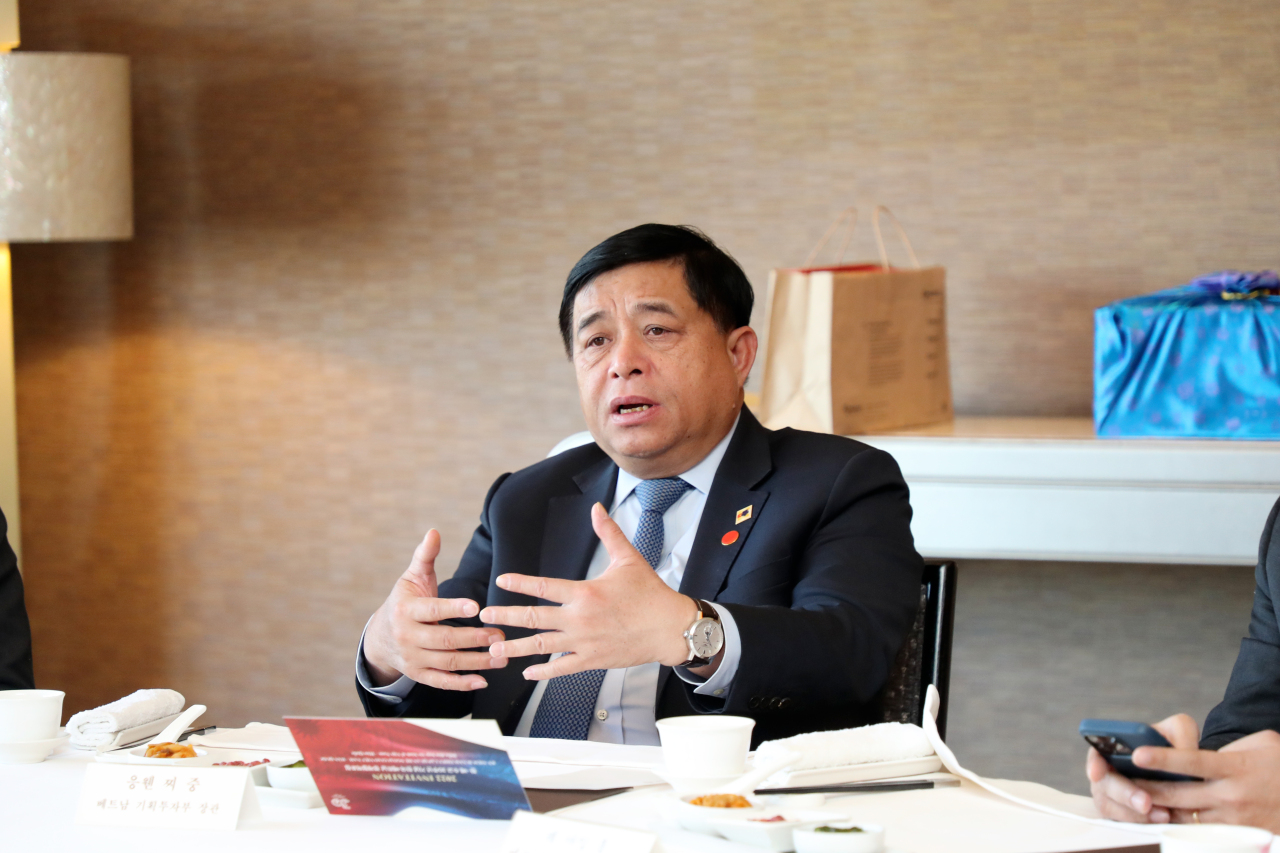 “Despite the struggling global economy and dim outlook for next year, Vietnam is one of the best countries for investment, mostly driven by a stable political and economic environment, rapid growth rate and resilient workforce,” said the minister during a luncheon hosted by Daewoo E&C at Lotte Hotel, central Seoul. “Its social infrastructure has seen great improvement, making the country more attractive for investment.”

The minister added that the key driver of economic growth was powered by the development in Hanoi and Ho Chi Minh -- considered the industrial hub of Vietnam.

“We are interested in building an industrial complex that offers residential spaces and value-added services such as education for production line workers and the underprivileged in the two cities,” the minister said.

As for Vietnam’s workforce, the minister stressed the country’s skilled manpower will drive productivity for businesses while having the advantage of relatively low labor costs.

The ministry operates a center within Hanoi that offers courses for Vietnamese workers in the sectors of cybersecurity, smart city, smart factory, digital media and environmental technology. It plans to open six more centers nationwide.

The minister said there is plenty of room for public-private sector cooperation between Korea and Vietnam in developing infrastructure, such as transportation.

Other channels for investment for Vietnam includes privatization of Vietnamese public companies or institutions, according to Le Manh Hung, director of the Enterprise Development Agency.

“For years, Vietnam has privatized public institutions including Hanoi Construction Corp. and plans to privatize 10 more companies mostly in construction industry, which are valued around $50 million to $150 million in the near future,” Hung said.

The trade volume between South Korea and Vietnam has reached $80.5 billion as of November, nearing record high of $90 billion by the end of this year, data from the Ministry of Trade, Industry and Energy showed.

Vietnam has been the third-largest export destination of Korea in the cited period, following the US and China. In particular, computer and electronic devices and components exports to Korea skyrocketed by 23.2 percent to $20 billion as of October.

Earlier in the day, South Korean President Yoon Suk-yeol held a summit with his Vietnamese counterpart President Nguyen Xuan Phuc, during which the leaders agreed to elevate the bilateral ties to a strategic comprehensive partnership.