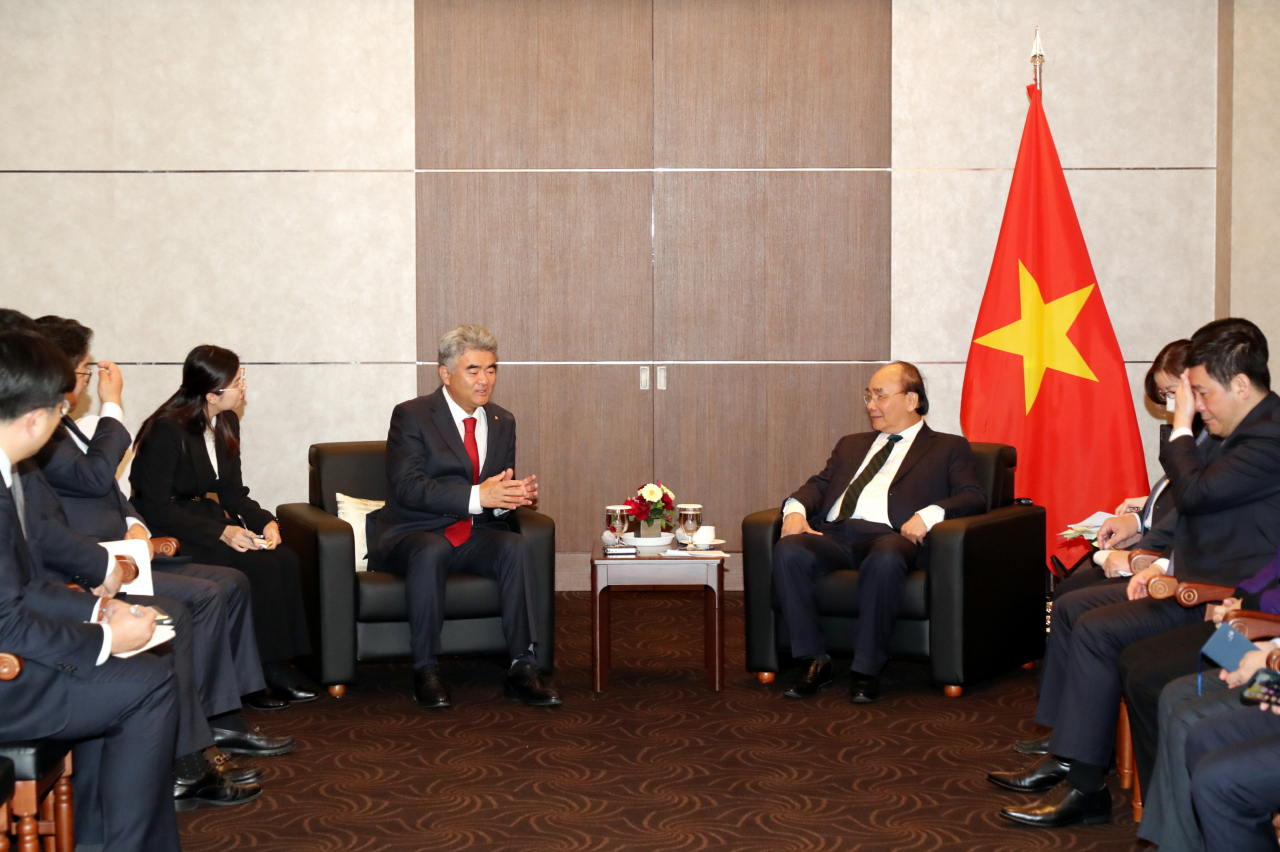 Vietnamese President Nguyen Xuan Phuc on Monday held meetings with a slew of business leaders here, during a state visit to commemorate the 30th anniversary of bilateral ties between South Korea and Vietnam.

Jung Won-ju, vice chairman of Jungheung Group, the largest shareholder of Daewoo E&C, was among the business leaders the president met to share the Southeast Asian country’s business outlook and its will to support foreign businesses.

“Daewoo E&C is carrying out diverse city development projects in Vietnam, including the StarLake City Project in Hanoi. These projects are expected to help Vietnam’s economic growth as they aim to build smart city platforms in the country,” Jung said during the meeting held at a Seoul hotel in the day.

“In the future, we hope to work closely with the Vietnamese government in a range of areas from city development to green growth.”

“We will continue efforts to improve our investment environment for foreign businesses,” he said. “We also hope to attract more investment into the medical sector as related demand is expected to surge among the soaring middle class and elderly population.”

The president also held meetings with leaders of large business groups here, including Hyundai Motor Group, CJ Group and GS E&C. On Tuesday, he is scheduled to hold a business forum with some 300 business leaders in attendance.