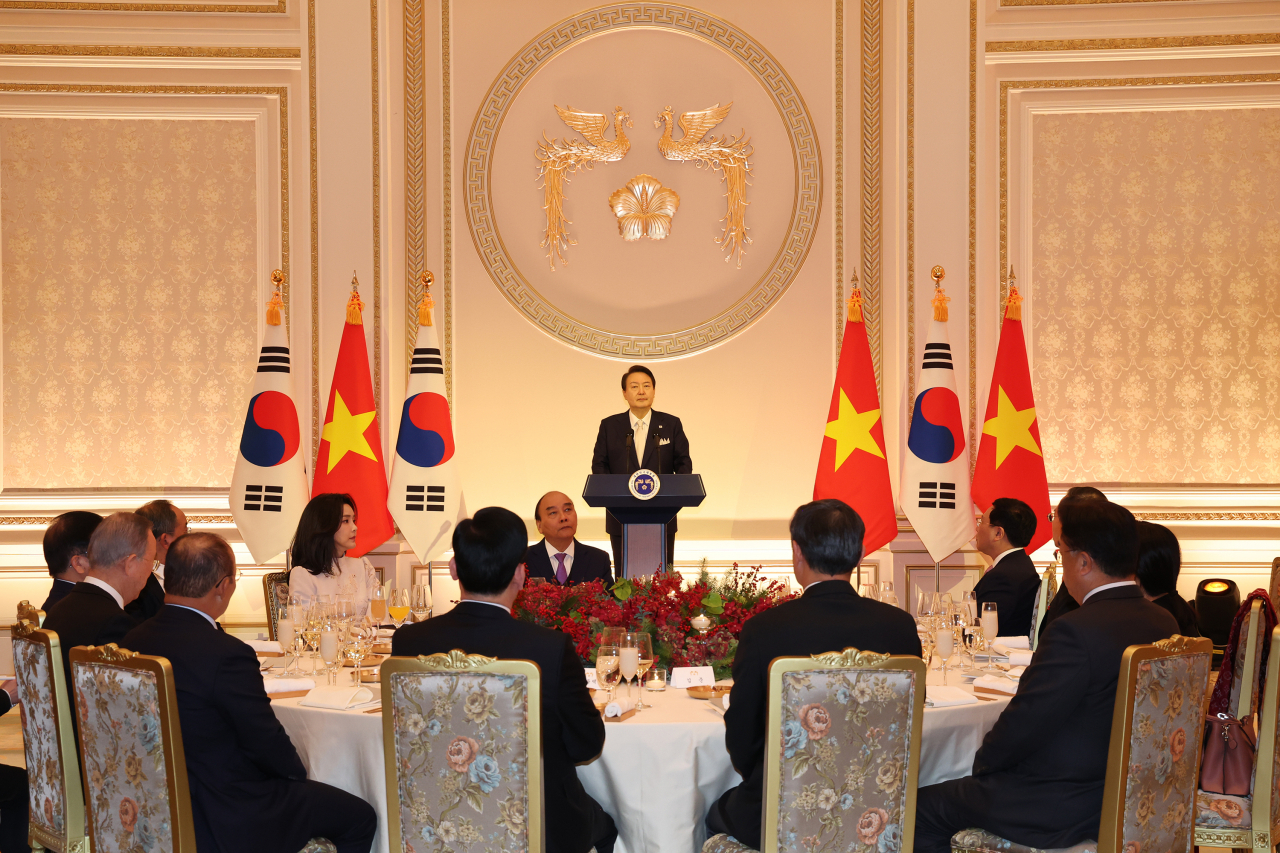 Following their summit talks earlier in the day, the two presidents held a state dinner, with a slew of business and political leaders in attendance.

The business groups, which have already invested heavily in Vietnam, are seeking to bolster their ties with the Southeast Asian country in diverse sectors from construction to infrastructure to green growth.

The Vietnamese president will be leaving Seoul on Tuesday after attending a business forum, during which new business opportunities between the two countries will be discussed.