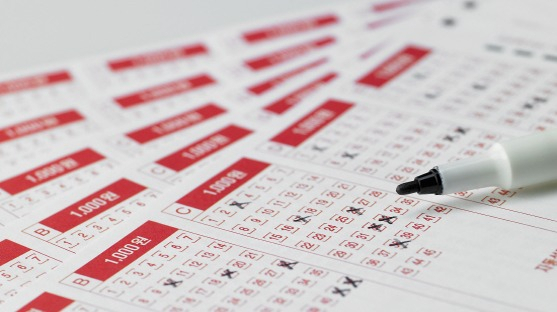 Around 8,000 people have won first prizes for South Korea’s most popular lottery Lotto 6/45 in its 20 years of history, with their combined jackpot totaling 16 trillion won ($12 billion), according to the lottery commission on Monday.

According to the Korea Lottery Commission, an organization under the Finance Ministry, the number of first prize winners of the Lotto reached 7,803 as of Nov. 26 this year since its debut back in 2002.

On average, 7.5 people won first prizes per draw, which is held once a week. There were draws where just one person won first prize, but there has also been a draw where 50 people claimed first prizes, the lottery commission said.

In total, 15.9 trillion won was given to first prize winners over the last 20 years, with each person winning 2.03 billion won on average before taxes.

Lotto winners have to pay income tax to both central and local governments of a combined 22 percent for winnings up to 300 million won and a total 33 percent for any additional winnings above that.

The Lotto 6/45 has been one of the most popular lotteries in the country. Annual ticket sales reached 4 trillion won in 2002 and 2003, but they remained at around 2 trillion won in the early 2010s.

Annual ticket sales then recovered to around 3 trillion won in 2013, and surpassed 5 trillion last year for the first time in its history.

Ticket sales totaled 3.1 trillion won as of end-July this year. Annual sales this year are expected to reach 5.5 trillion, or possibly exceed 6 trillion won, according to the lottery commission.