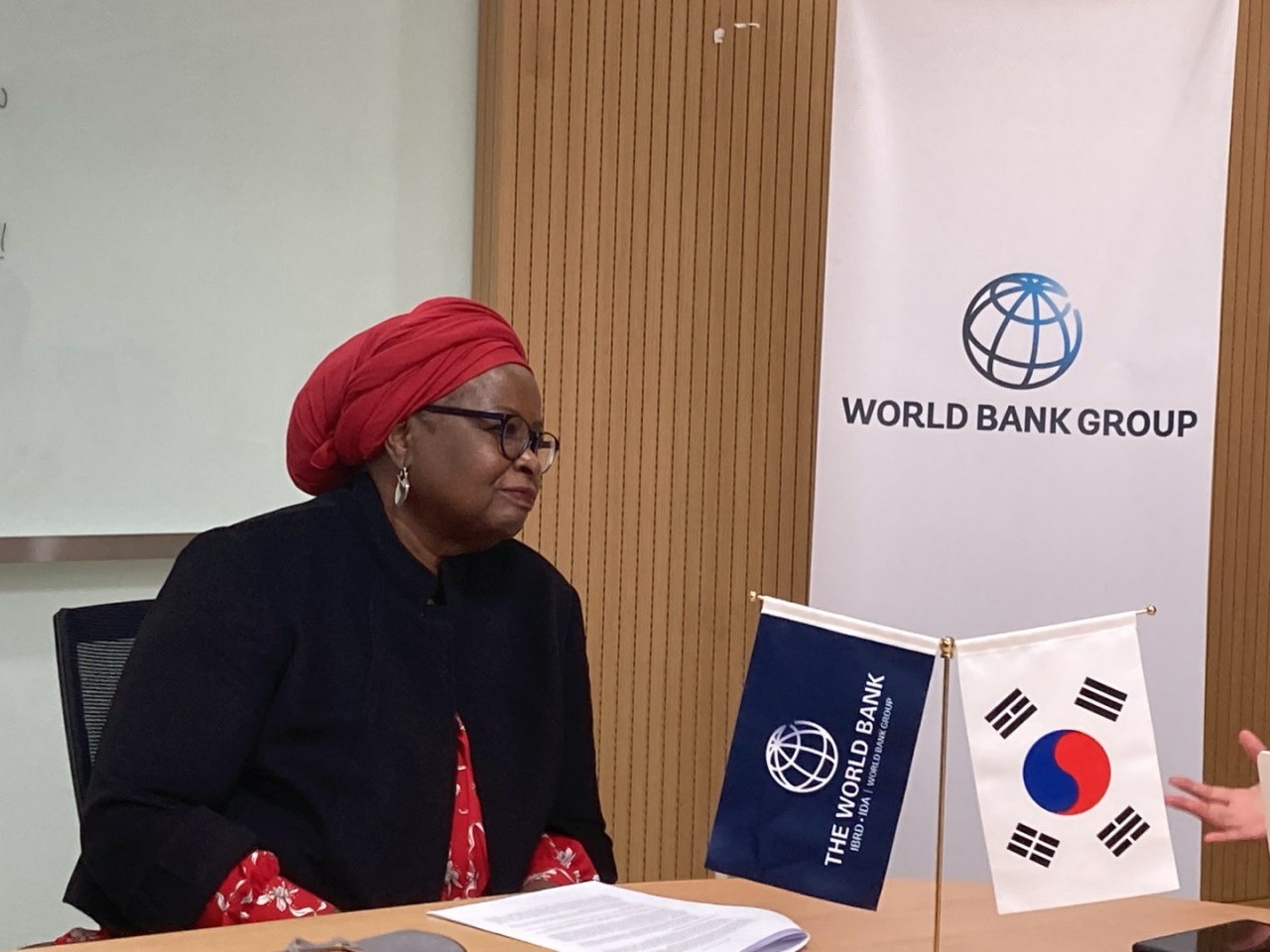 Gaye noted that the WBG is looking for young Koreans who could bring their experience and contribute to helping other countries end extreme poverty, in an exclusive interview with The Korea Herald in Seoul on Nov. 18. Gaye visited Seoul to attend the 14th International Financial Institutions Career Fair hosted by the Ministry of Economy and Finance.

“I think Korea is doing the right thing -- putting together this kind of event where we can look for the possibility of young Koreans,” Gaye said, referring to the career fair.

“The world has changed after the pandemic and we're facing a crisis, which is unprecedented. We’re talking about food security, energy crisis and inflation that we're facing in every part of this world.”

“Now is the time when we really need to partner and collaborate to deliver desired changes in development.”

Gaye highlighted competence as the top priority for candidates to be selected to positions and further noted that minority finalists, including women, take preeminence in the hiring process.

“We want to have more Koreans, especially Korean women.”

The WBG has progressed swiftly on gender equality but is still trying to achieve parity with the higher-level managements, Gaye noted.

“I think the bank we've moved fast on gender equality. Today there are more women than men in the bank.”

“When I joined the bank (in 1999) I was the only female economist sitting in a room full of men. Today it's more balanced, but we're still struggling with higher level management -- the parity is not there. We need to do more in this area.” Gaye noted that as of October 2022, 53 percent of total WBG staff are women.

“Value women. I'd say make sure as you open a position consider women more than the men,” she said.

“As a country it's very important that you use all of your assets -- 50 percent of the population are women. If you don't give them the same opportunity, you're losing.”

On the culture of “quiet quitting” – meaning employees doing the bare minimum and nothing more – Gaye said that the person who practices this is the one losing. But at the same time, employers should provide employees with the environment that prevent them from becoming quiet quitters.

“Employees at the World Bank just don’t have time for quiet quitting. The person who's losing because of quiet quitting is the person acting like that,” she said.

“If the person is doing the minimum, they're getting the minimum out of it. My advice for the employers would be talk to them, try to understand what the reason is somebody would do just the minimum, provide them with coaching, give them the incentive they need.”

Prior to her current role as vice president of human resources, Gaye was the World Bank’s group corporate secretary and vice president. She joined the bank in 1999 as a senior economist after serving in the Ministry of Economy and Finance in Senegal. She has served as the bank’s country director for several nations including Kenya, Rwanda, Uganda and Sri Lanka. From 2007 to 2010, she was the regional director for East African countries at the African Development Bank.