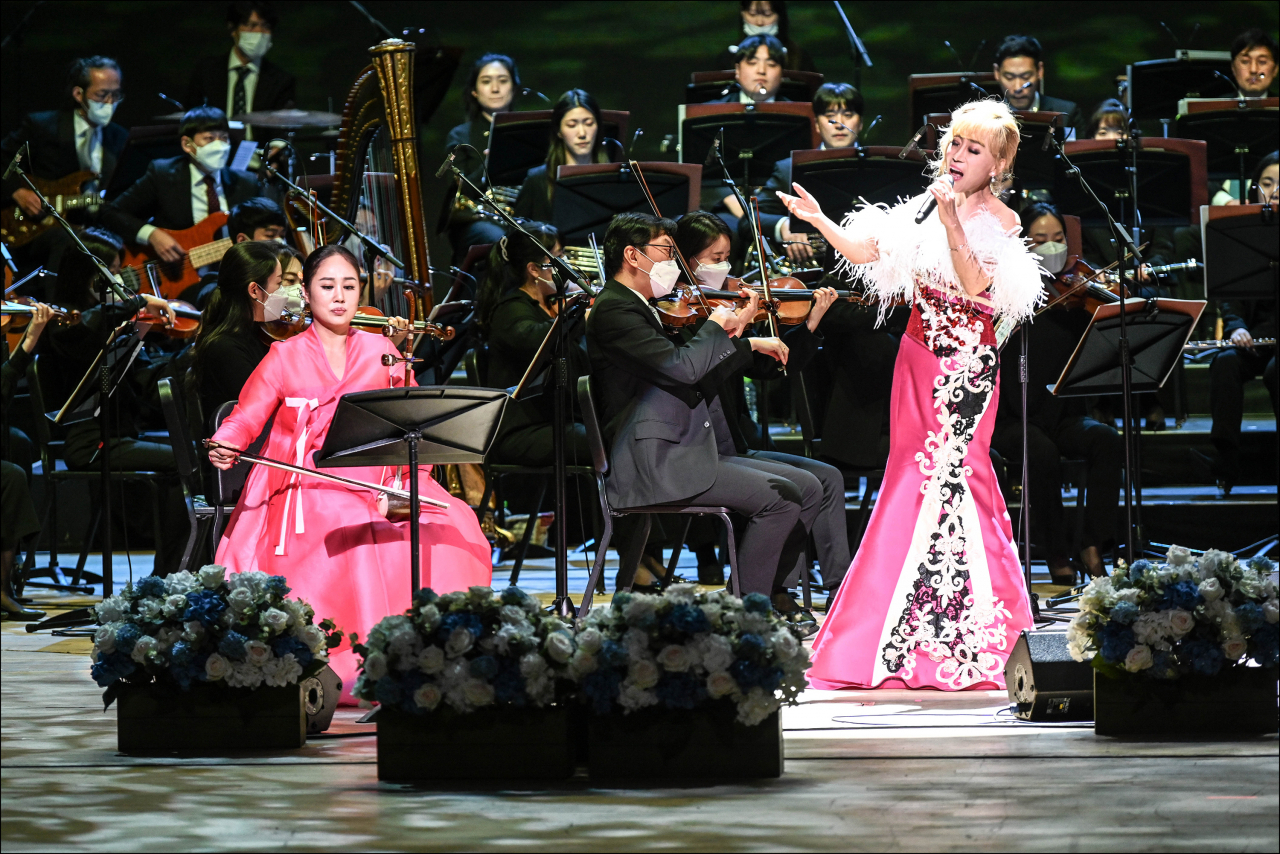 Soprano Sumi Jo (right) and haegeum player Nary perform with the Prime Philharmonic Orchestra at Sejong Center's Grand Theater on Sunday. ( The Sejong Center for the Performing Arts)

Celebrated Korean soprano Jo Sumi took the stage on Sunday to celebrate the 15th anniversary of a charity concert program at The Sejong Center for the Performing Arts.

On Sunday, Jo along with the Prime Philharmonic Orchestra, Seoul Metropolitan Junior Chorus, haeguem player Nary, tenor Jang Joo-hoon and crossover tenor Chris Young performed for a special audience of 2,500 at the invitation-only concert. Among those invited were multicultural families, the underprivileged and the disabled.

The program consisted of familiar songs ranging from opera songs like Strauss' operetta "Die Fledermaus" to songs from drama original soundtracks and crossover music like "They Can't Take That Away From Me" from the movie "Shall We Dance?."

Sunday’s concert marked the 15th anniversary of Sejong Center’s “The Concert with 1,000 Won” series that has held 320 concerts performed in front of 360,000 people since its launch in 2007.

The tickets for the special concert series are priced at 1,000 won, or less than $1, to provide easier access to cultural activities to those who do not have such opportunities. The series is organized by Sejong Center and funded by the Seoul Metropolitan Government to promote cultural inclusiveness.

"The Concert with 1,000 Won” series' latest efforts at cultural inclusiveness will be a sign language play in April and subtitles for the performances, including Jo’s concert. Jo, who is also an ambassador for the Seoul Metropolitan Government, also performed free of charge. The series is also livestreamed online on Naver. 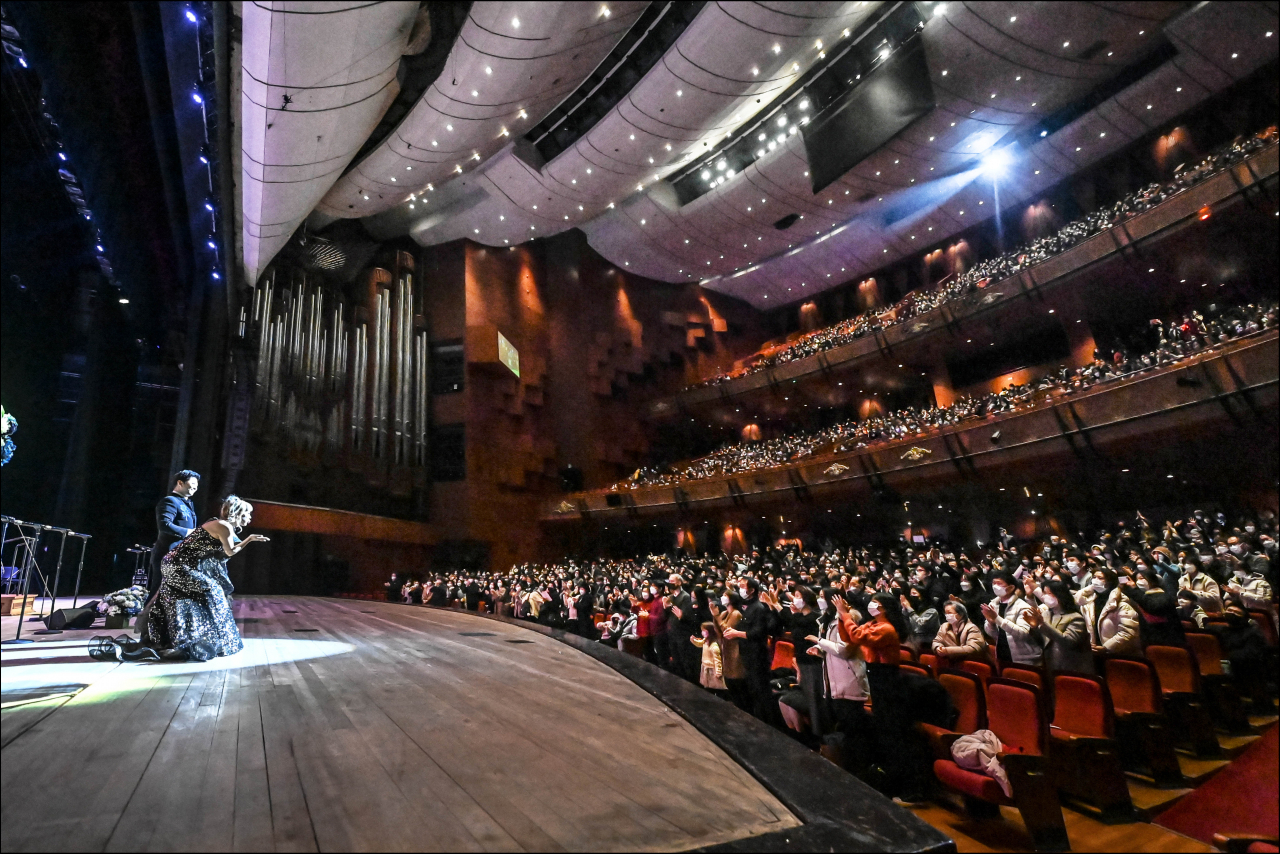 Soprano Sumi Jo (second from left) greets the audience at Sejong Center's Grand Theater on Sunday. ( The Sejong Center for the Performing Arts)