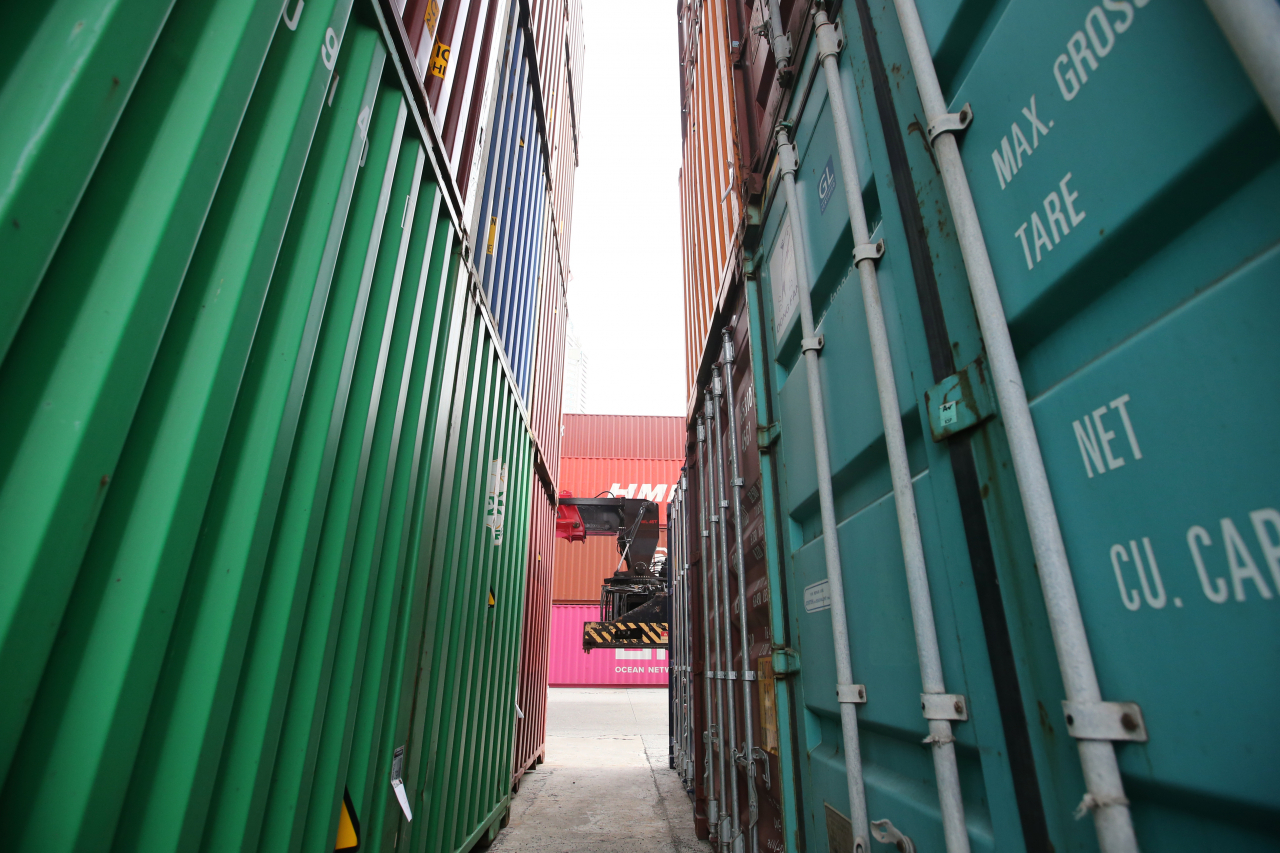 President Yoon Suk-yeol has likened the ongoing truckers strike to North Korea's nuclear threats, saying the government should respond sternly with principles like it does to protect the people from Pyongyang's repeated actions of menace.

"If we had pursued (consistent) North Korea policies based on the principle of nuclear intolerance, we wouldn't be facing North Korea's nuclear threat as we do now," he was quoted as saying by multiple officials, according to Yonhap News Agency on Monday.

"The vicious cycle will repeat if we give in to (their) illegal activities and violence,” he said, stressing union leadership should be sternly punished for blocking members from returning to work.

Yoon was stressing the importance of keeping Seoul's response toward North Korea's nuclear ambitions based on such principle, a presidential official told The Korea Herald when asked about the authenticity of his remarks.

He appears to have likened the trucker's strike to North Korea's nuclear threats to address his view that the government is obliged to protect the economy and people's livelihoods from such "illegal walkouts" in the same way it does with Pyongyang's repeated acts of menace, the official said on condition of anonymity.

The remarks came amid the Yoon administration's responding to a series of strikes more strictly than the previous liberal-leaning government while blasting unions for being “politically biased” with claims they do not represent workers’ rights.

In an impromptu meeting Sunday, Yoon urged ministers to prepare for “immediate issuance of a work start order” in industries concerned about additional damage, particularly oil refining and steel. He already issued the executive order in the cement sector on Nov. 29.

His party, the People Power Party, went further, claiming the Korean Confederation of Trade Unions, the umbrella group initiating the ongoing strike, "represents the interest of the North Korean regime."

Park Jung-ha, a senior spokesperson of the People Power Party, accused the KCTU of taking orders from North Korea to initiate anti-US and anti-government struggles, denouncing that it should change its name to "Minrochong," a North Korean way of referring to Minnochong, by which the KCTU is known in Korean.

The truckers union has been on a general strike since Nov. 24, saying the government has failed to keep up its end of the bargain to continue the safe trucking freight rate system that both sides had agreed on in June to end an eight-day strike at the time. The safe trucking freight rate system is a measure that guarantees minimum cargo rates for truck drivers to prevent dangerous driving and overwork. It also imposes fines on shippers who pay less than the minimum rate. It was introduced as a three-year system in 2020 and expires at the end of this year.

Despite the government's stern response, the KCTU is set to hold a general strike nationwide on Tuesday, as it earlier announced. On Saturday, it held demonstrations nationwide, with the participation of about 6,000 members in Seoul and 4,000 in Busan, according to the union.

According to the cargo union, Karen Curtis, deputy director of the ILO International Labor Standards Department, said the organization immediately delivered its stance to the Korean government, and all information would be relayed to the union as well.