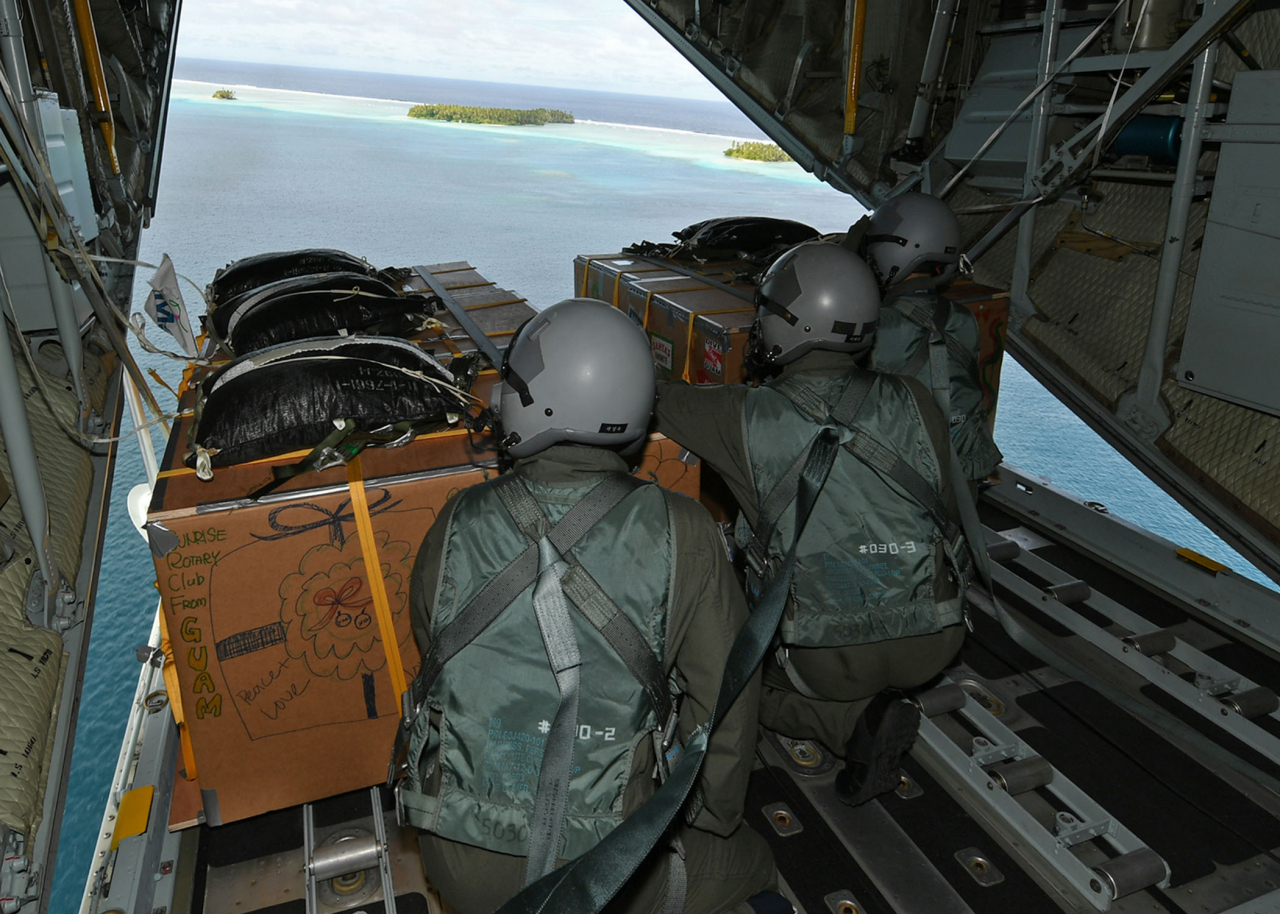 The Air Forces of South Korea, the United States and three other countries have kicked off an annual US-led humanitarian operation to deliver medicine and other basic necessities to remote Pacific islands ahead of the Christmas season, officials here said Monday.

Hosted by the US Pacific Air Forces, the Operation Christmas Drop got under way on Sunday to send clothes and other necessities to residents of Micronesia. Australia, New Zealand and Japan are also participating in the mission set to run through Friday.

The South Korean Air Force sent a C-130 transport plane and around 30 service members to the operation. During the main part of the operation through Friday, it plans to send humanitarian items to the islanders on three occasions.

South Korean participants seek to use the overseas operation to enhance the armed service's airlift and airdrop capabilities in a new operational environment, as well as long-range operational skills, an Air Force official said.

Launched in 1952, the operation is the US military's longest-running humanitarian airlift operations. South Korea has participated in the annual operation since last year at the invitation of the US Air Force. (Yonhap)