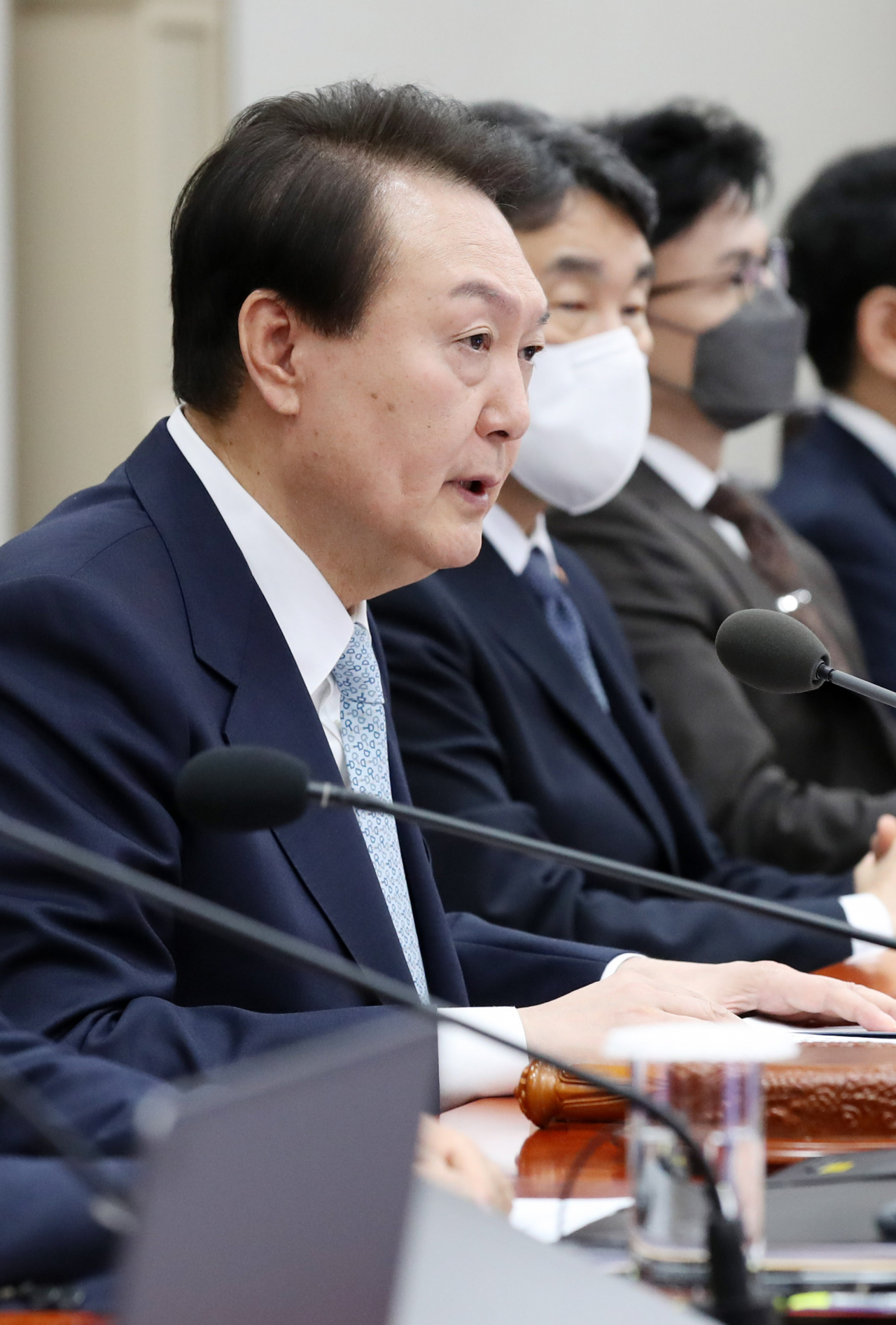 President Yoon Suk-yeol is set to preside over a minister-level meeting on Sunday to discuss measures against the prolonged strike by unionized truckers, a presidential official said.

Yoon is expected to ask truckers to end their work stoppage while renewing stern measures against illegal acts.

The strike is continuing for an 11th day, as truckers have demanded the government make permanent the guarantee of the minimum wage. The strike has caused major disruptions of shipments of cement and steel supplies and began to take a toll on the oil refinery sector.

Sunday's meeting will bring together all relevant Cabinet members, the finance minister, the interior minister and the transport minister as well as the police chief, according to the official. (Yonhap)