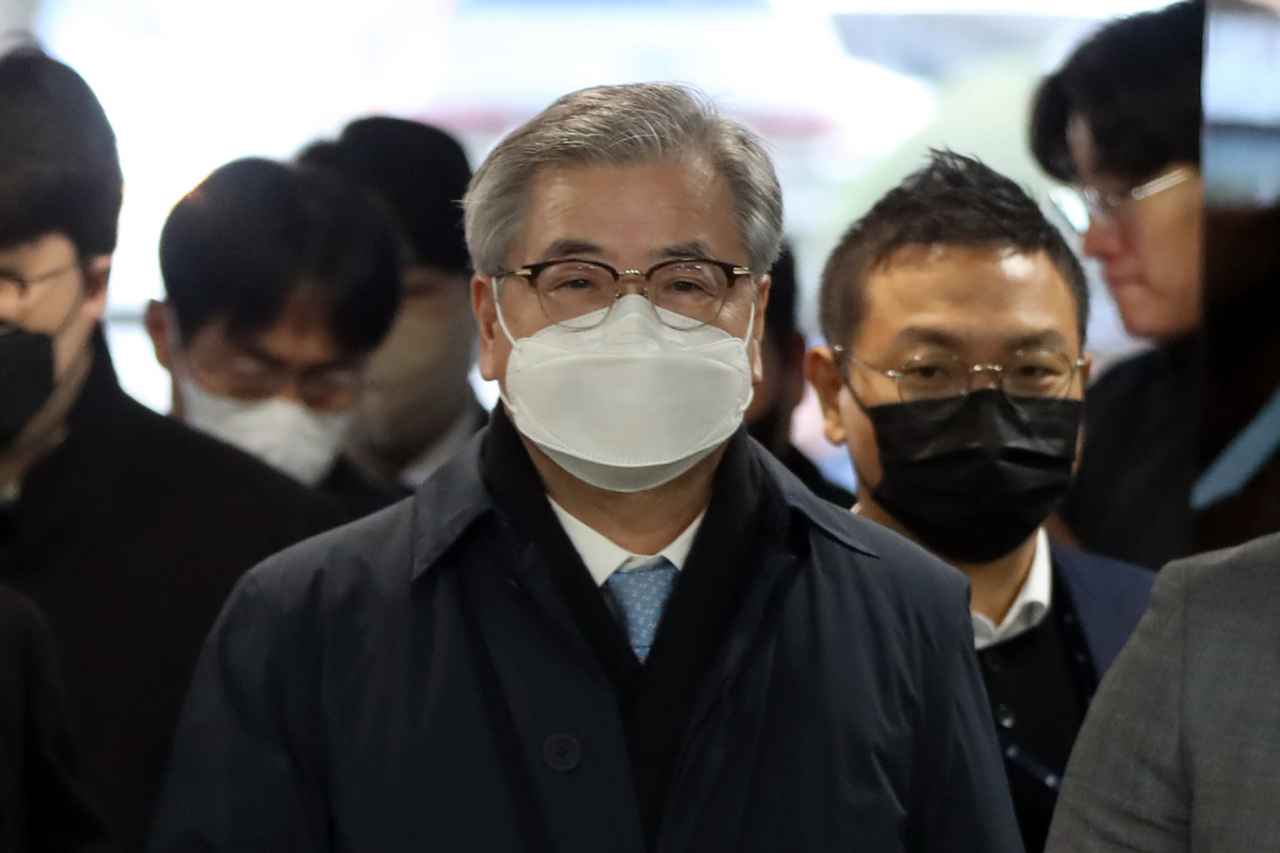 Seoul court on Saturday issued an arrest warrant for Suh Hoon, who served as the national security director at Cheong Wa Dae and headed the National Intelligence Service during the preceding administration.

Suh is accused of orchestrating the deletion of intelligence records related to North Korea’s killing of Lee Dae-jun, a Ministry of Oceans and Fisheries official, at sea two years ago, and then falsifying official documents to suggest he willingly tried to defect from his country.

He is among several high-level Moon officials being investigated over alleged mishandling in the death of the fisheries official.

In October, Seo Wook, who was Minister of National Defense at the time, was arrested before he was released on a 100 million-won ($72,729) bail. The court forbade him from meeting or communicating with others suspected in Lee’s case.

Separately, Suh is also being investigated for meddling in the investigation of the forced repatriation of two North Korean men in 2019. The National Intelligence Service filed the criminal report against him in July after its internal investigation revealed his possible wrongdoing.