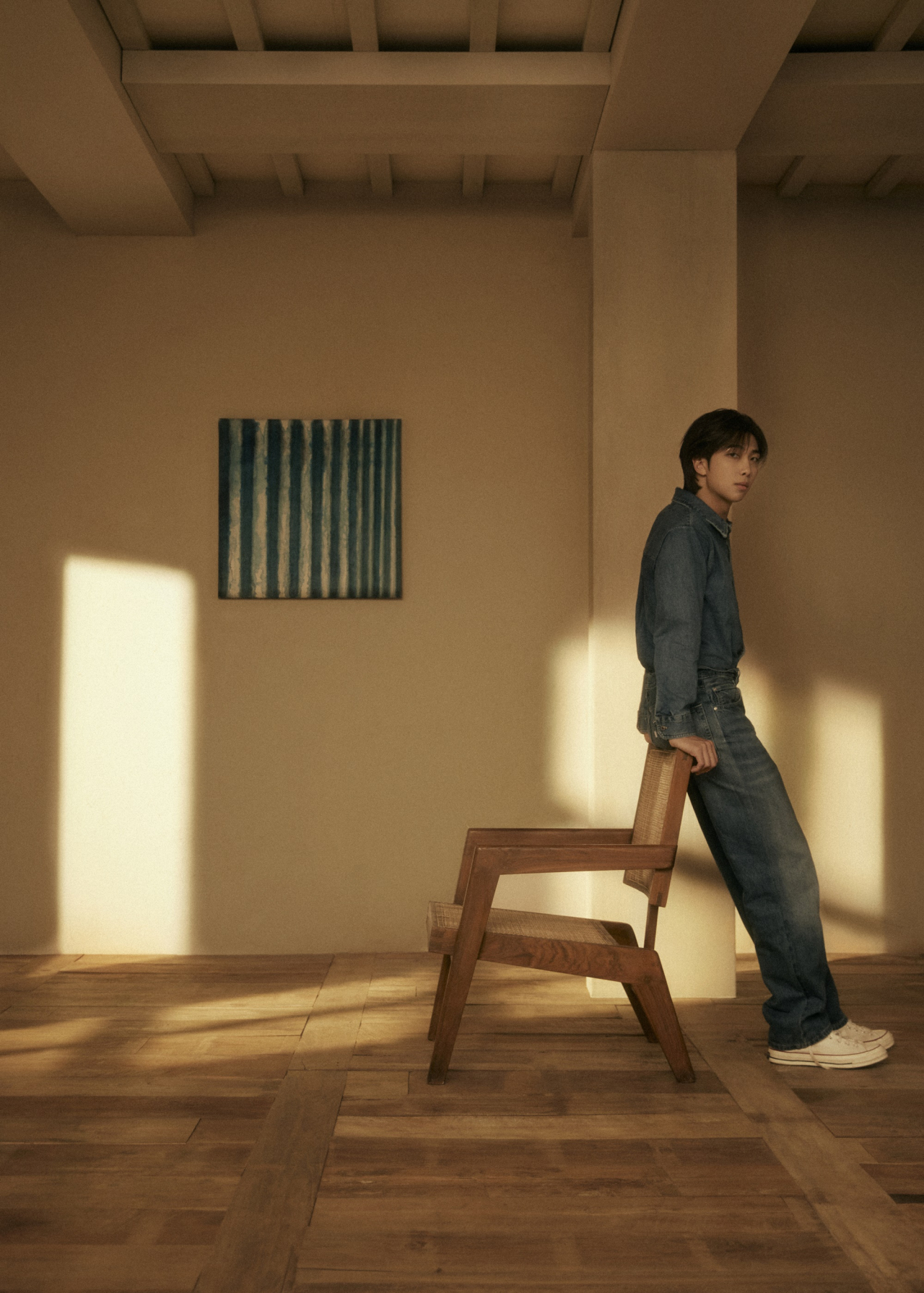 RM's image for his album

RM of BTS released his first official solo album "Indigo" on Friday, marking a blue dot on the canvas of his life.

The 10-track project functions not only as a record of the global superstar's life between 2019-2022, but expresses his deep respect for the late Korean artist Yun Hyong-keun.

The master of Korea's monochrome painting movement served as an inspiration for the album and traces of his influence can be found throughout "Indigo," starting with his picture "Blue" hanging behind RM in the cover art.

But, a listen through the whole album reveals that the project is about much more than a painting.

Just as Yun delved into the truth of life through his work, the rapper-singer of BTS shares his own process of digging into the values of life on "Indigo." By the time we close his diary, listeners are left to sit in silence processing each of the hues of indigo RM explores, as the musician must have done in front of Yun's canvas of different blues.

Welcoming listeners to the album is none other than Yun's voice.

The old-school hip-hop track puts together RM's spitting raps with the voice of neo-soul singer Erykah Badu. As the name shows, the song conveys lessons RM has learned from Yun and his paintings.

"The lyrics are about how I want to live, and even if I cannot live like that, I'm saying I want keep in my heart someone who had lived that way," RM said in an audio clip about the album released on Friday via Melon.

"I wanna be a human before I do some art," he belts out in the song, a line reflecting Yun's words that there is the person before there is art. When he was alive, Yun had stressed that, "What matters is not the art, but how you live your life."

"In the end, music is made up a person. Just like art, I think for music it's important what kind of life, thoughts, emotions and wills the person has," he said in the Melon clip, adding, "'Indigo' is an album that carries such thought and will from me."

In the next song, "Still Life," a funky hip-hop track featuring Anderson .Paak, RM sings of his life without the star-studded title of BTS.

"(English) Gimme no name cuz I'm untitled / (Korean) A life continuing to be exhibited but a life that is still life," he says.

RM flips this concept of still-life upside-down and sings of being "still (in) life." While sometimes he feels like a still-life picture inside the frames of BTS' RM, there is still the untitled and invaluable human being, Kim Nam-joon.

With "All Day," RM brings back the 2000s Korean hip-hop trend with legendary rapper Tablo of hip-hop trio Epik High. The song tells of discovering one's taste and originality in this world of the algorithm, RM explained in an introductory video released to the local press.

"Although it's an easy-listening track, I recommend listening to the implications behind the lyrics," RM said in the video that dropped on Friday.

The only folk song from the list, "Forg_tful," featuring singer-songwriter Kim Sawol, was the first one recorded from this album, in 2019 when the artist was 26 years old. According to RM, it's made up of "completely unplugged sounds," with not only acoustic guitar sounds used, but his whistling, the tapping on his studio table, and the sound made from rubbing his jeans.

"I made it really naturally. Kim told me that she wanted to re-record it, but I said I wanted keep the original version because I like the unkempt feeling of it. So it's out like this," he said. 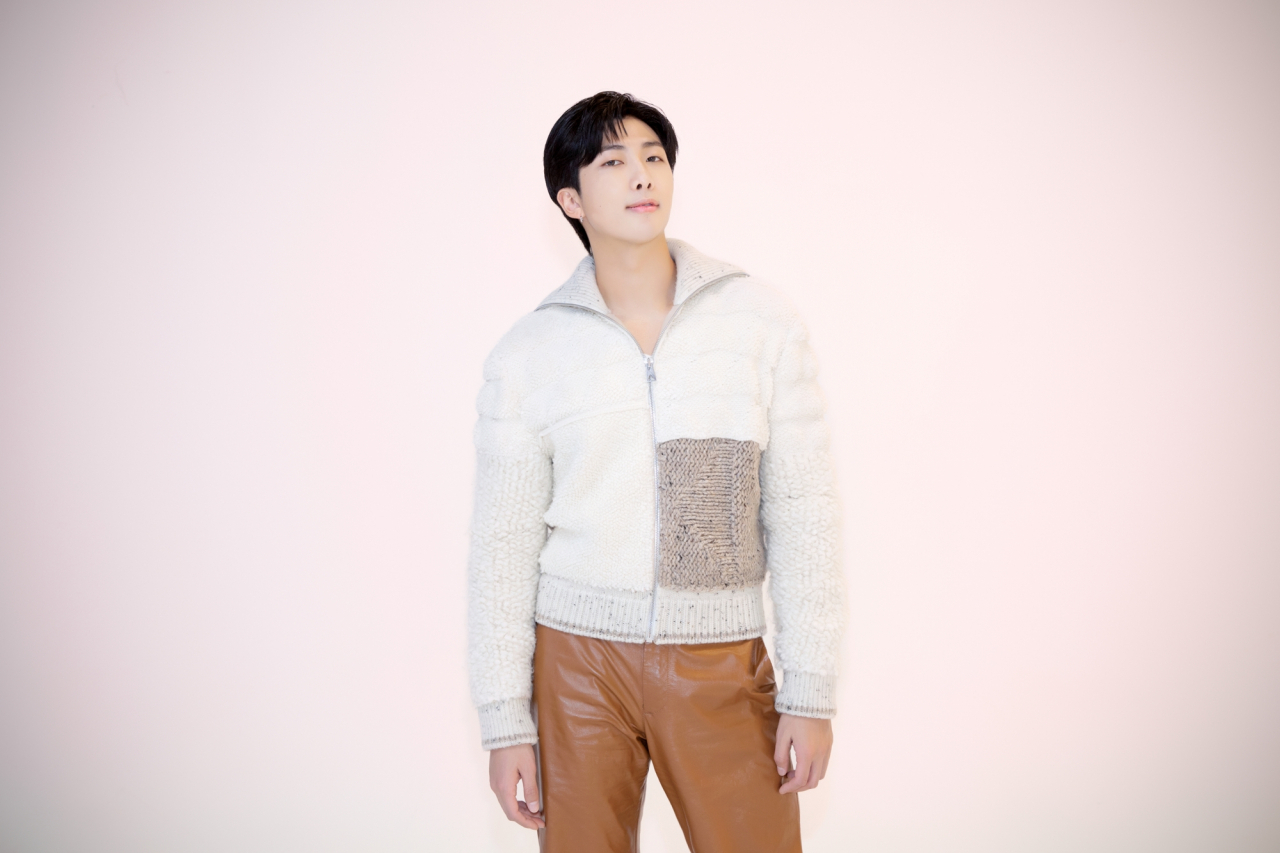 He brought together some massive names with "Closer." British duet Honne, who he'd previously collaborated for his mix-tape "mono." produced the song, while British R&B singer-songwriter Mahalia and Korean hip-hop musician Paul Blanco added their voices.

He rolls out the message that nothing lasts forever through "Change pt.2" in his own way, tweaking the song here and there in its rhythm and sounds to reflect the song's message of change.

RM says "Lonely" is a song that he feels will be the most comfortable on the ears. In the video for the press, he said the song -- which was written as he stayed in a hotel -- sings about some relatable feelings, such as missing a loved one and feeling like a nobody in a foreign country.

The album inches up on the vibes with "Hectic," the hip-hop musician's first attempt at city pop.

"There's not many male city pop songs, and I was curious what it would sound like. I worked on it with my long-time friend Colde. He has the urban and city-like voice I had in mind, and I feel it's made the sound more rich," he said in the video.

He also recommended fans listen to the song while they drive at night.

"I actually wrote this song drunk at night inside a taxi. I think it'll be fun to listen to it while driving on the highway," he said in the audio clip.

Marking the highlight of the EP is the title track "Wild Flower," which sings of RM's wish to live not like a firework but a wild flower. RM makes the comparison as the Korean title, "Wild Flower Play," is only a syllable different from the Korean word for "firework."

According to RM, the word 'wild flower play' had been stuck in his head since 2015. He took the message, the keyword and the overall image of the album to producer Docs Kim, who he had worked with several times, and hearing the beats the producer gave him, RM says the lines instantly popped in his mind and he just wrote down the whole melody in three minutes -- something that rarely happens.

"It sings of my wish to live on as a wild flower spread out peacefully in the fields, rather than like the firework that cracks up brightly yet vanishes so soon, leavings behind too much debris to clean up. The story gained its volume through the intensely rocking and powerful voice of Cherry Filter's Youjeen," RM said in the video.

Wrapping up the album is a song through which RM seems to bid his goodbye to the album that he has held onto for four years.

The last track "No. 2" encourages listeners to never to look back on the past, as what is done is done. Over the melodic piano instrumentals, RM and singer-songwriter Park Ji-yoon coo a warm message that "whatever we have gone through, that was our best and that is what has made you now, so don't regret the past," said RM in the video. 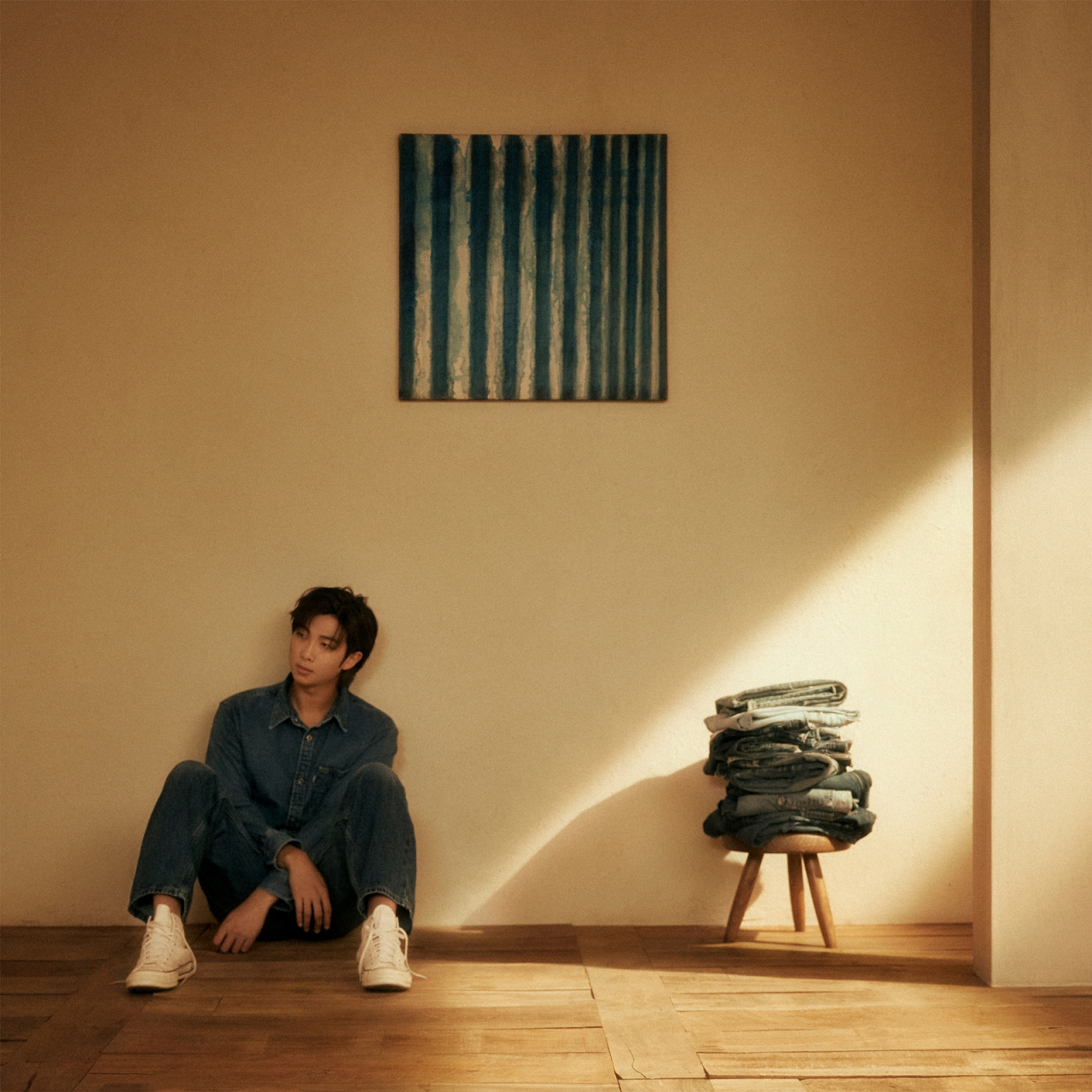 "Indigo" continues the story from "mono.," the EP that dropped in 2018. He began making the new album right after the release of "mono.," and he explained the two albums together form a "diptyque," a French referring to an artwork coming in two parts.

He knots together the 10 tracks organically, showing his different shades of indigo through each track, while melding in the sounds of other musicians into his own so naturally.

"All my music is the result of my fervent efforts to embody myself as I am in that moment, but I think this album is perhaps the most Kim Nam-joon-ish. And I anticipate it will mark another starting point for me," RM said in Friday's video.

In closing his introduction, RM said, "I don't listen to my album once its out. I think it's up to the listeners, the audience from here on. I hope you could share what I had felt and, with your own interpretations and space, blow in a life of its own for the songs."