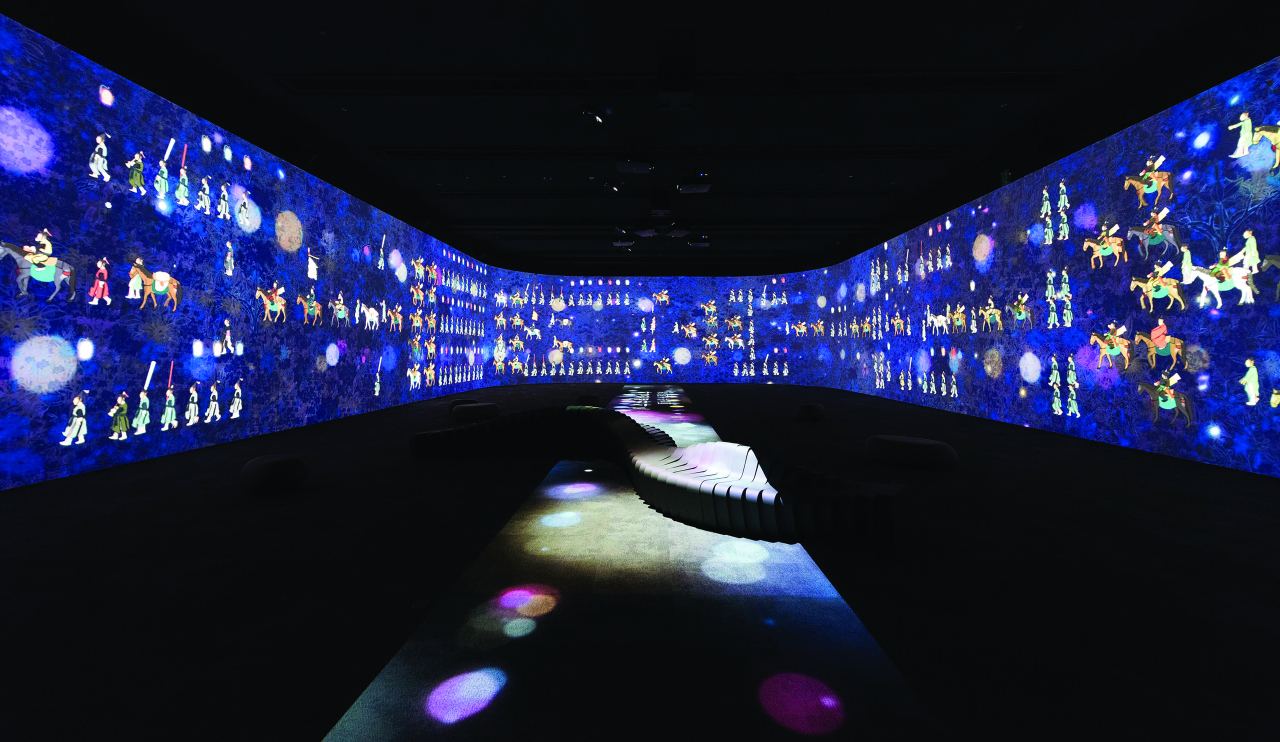 Also on display are two sculptures of Buddha from the two countries that, while hailing from different eras, share rich and long histories of Buddhist stories.

In organizing the first official public presentation of Korean cultural heritage in Thailand, the organizers aimed to blend cultural heritage and digital technology in introducing Korean art and history in an approachable way to the museumgoers.

Two large-scaled immersive digital content, "Journey of the Soul" and "Royal Procession with the People," produced by the NMK are on display.

The two newly created content are based on Joseon-era Buddhist paintings and "Uigwe," a collection of royal protocols of the Joseon era.

"Journey of the Soul," explores the Buddhist worldview and depicts Koreans' beliefs of afterlife at the time.

The work puts together several major Joseon-era Buddhist paintings, such as "The Ten Kings of Hell," "Underworld Messengers" and "The Assembly of Amitabha Buddha."

Meanwhile, "Royal Procession with the People” illustrates the rites of the Joseon royal court that embodied core Confucian values.

Visitors will be able to view the King Jeongjo's majestic processions to Hwaseong Fortress in Suwon Gyeonggi Province. The illustrations in "Uigwe," listed on the UNESCO's Memory of the World Register in 2007, served as the main source in creating the immersive content. 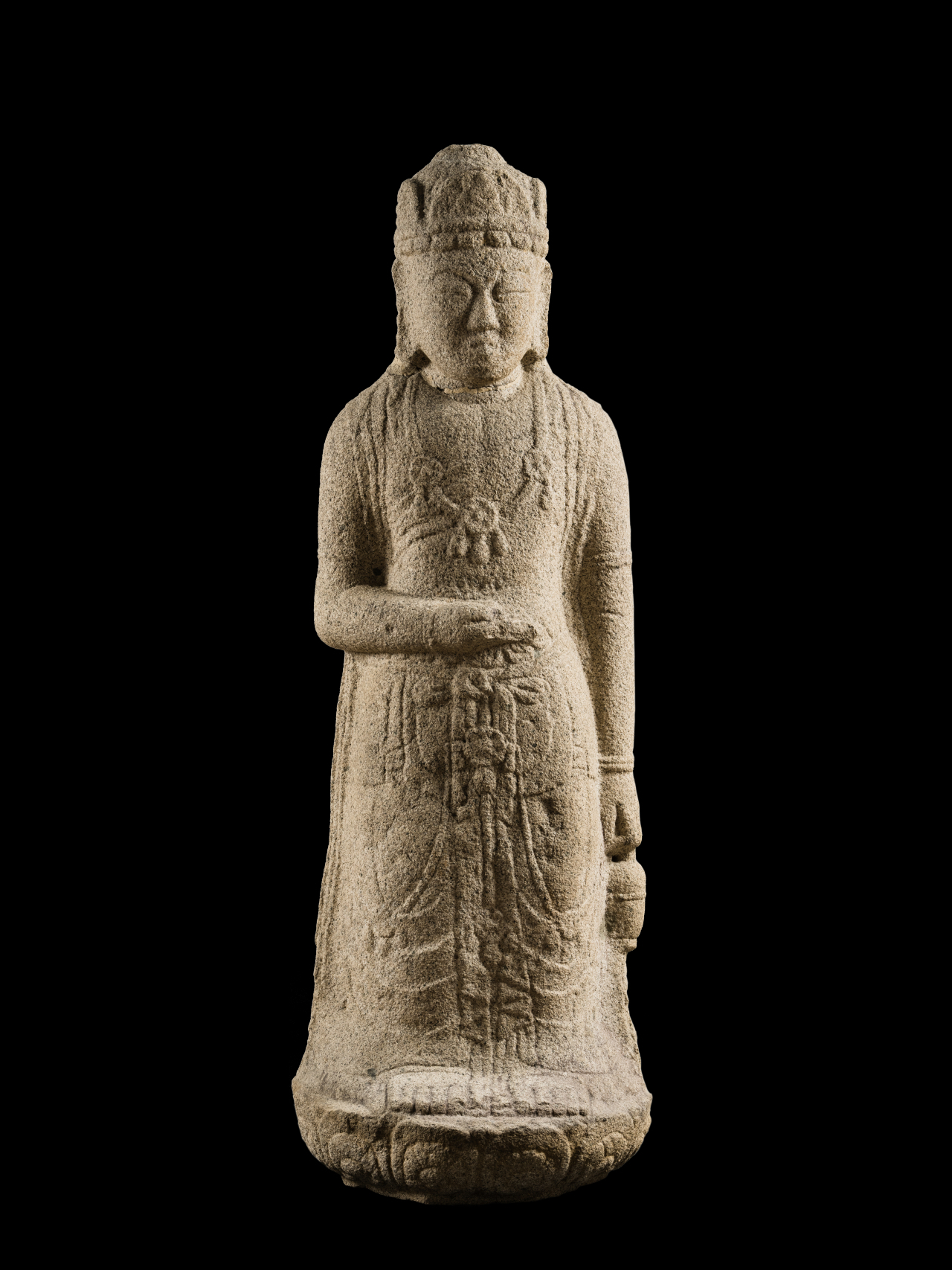 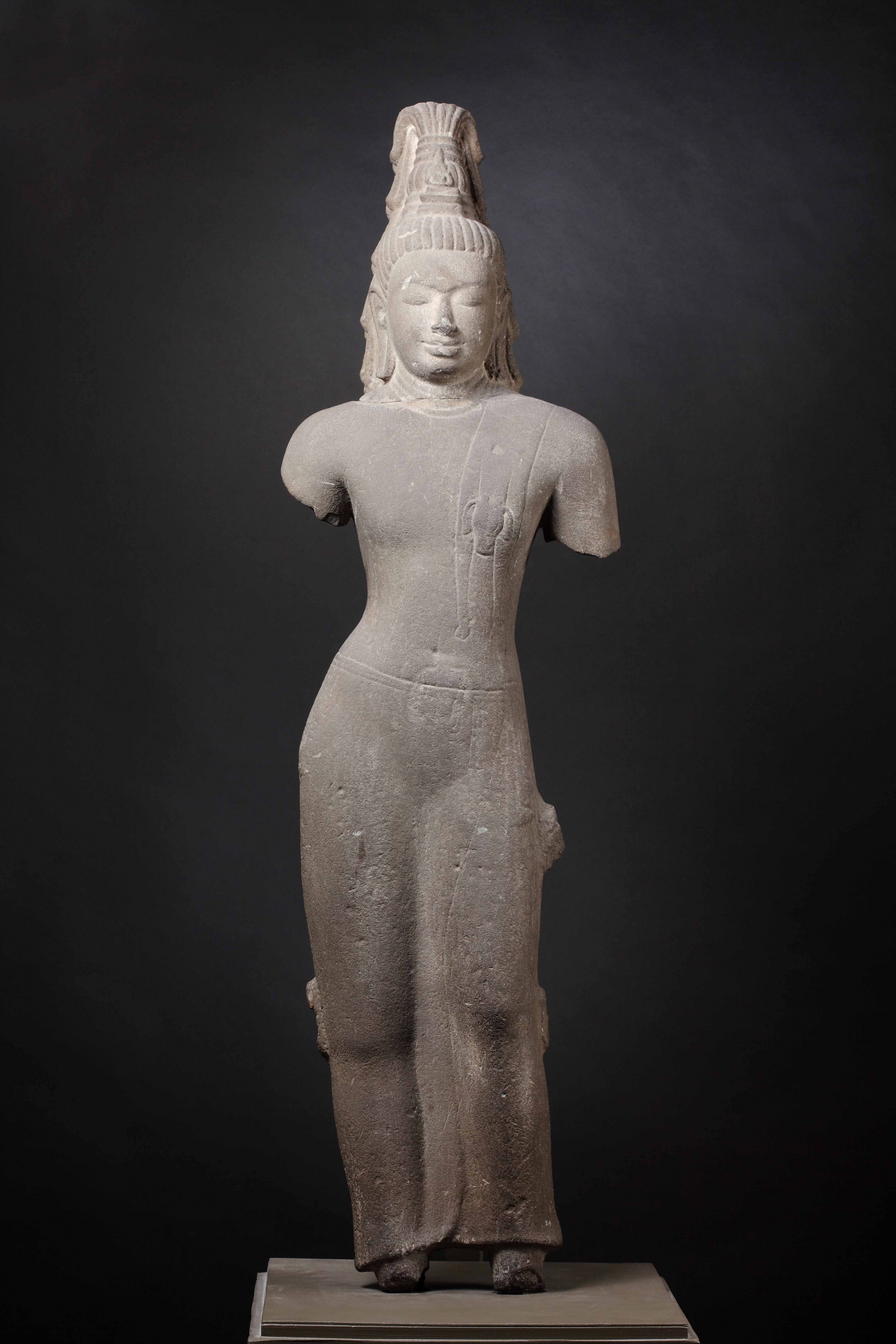 "At the exhibition's opening ceremony, Korean delegates were surprised to learn that Thailand also shares a similar history of recordings of the king's rituals," said an NMK researcher who attended the gallery opening ceremony in Bangkok.

National Museum of Korea hopes the exhibition will play a pivotal role in opening a permanent Korean section within the Gallery of Asian Art at the National Museum Bangkok in the future.