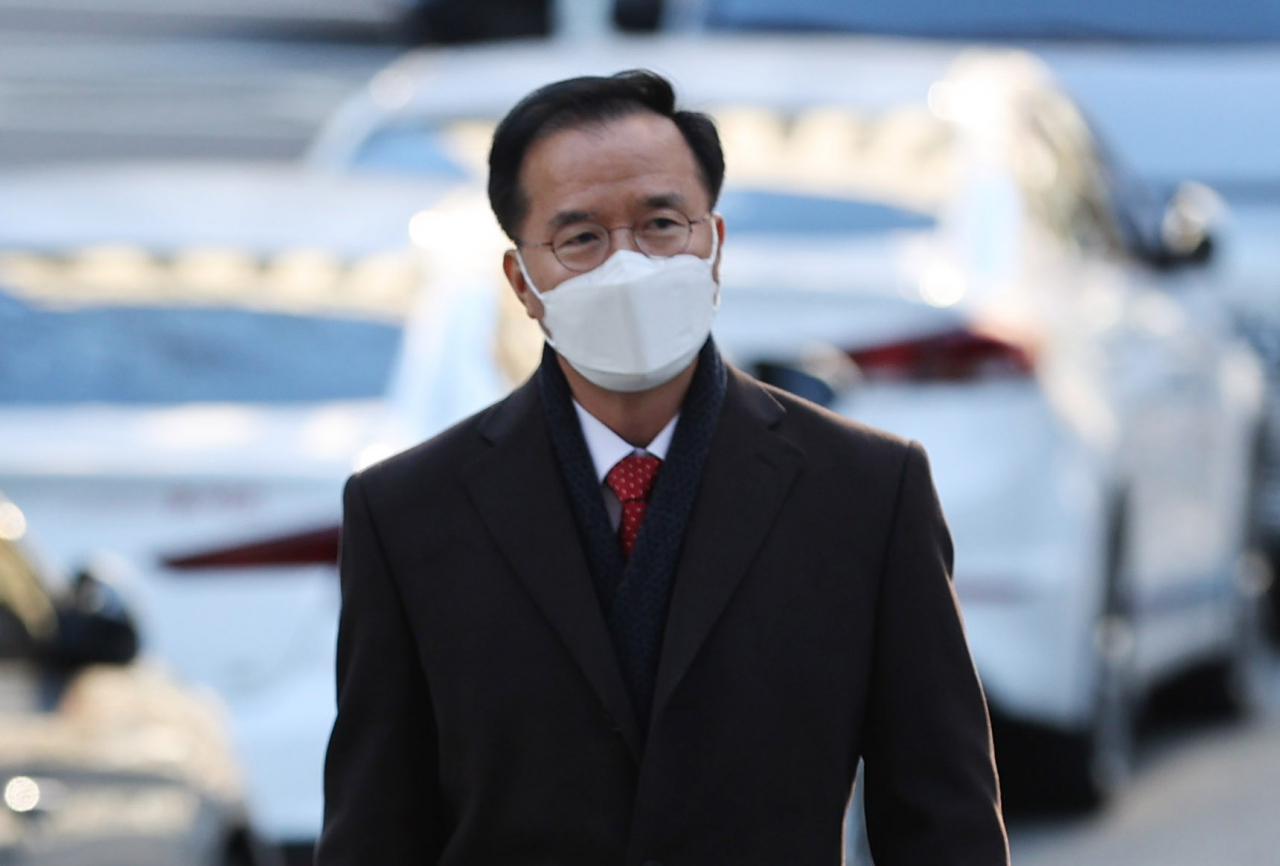 Kim Kwang-ho, the chief of the Seoul Metropolitan Police Agency, appears at a special investigation team's headquarters in western Seoul on Friday. (Yonhap)

The head of the Seoul police was summoned for questioning Friday as part of an investigation into the bungled response to the deadly crowd crush in Seoul's Itaewon neighborhood.

Kim Kwang-ho, the chief of the Seoul Metropolitan Police Agency, appeared at a special investigation team's headquarters in western Seoul as a suspect. Kim was booked on charges of professional negligence, resulting in the deaths of 158 people, mostly those in their 20s, on Oct. 29.

Asked about the charges upon his arrival at the building, Kim simply said, "I will faithfully undergo the investigation without hiding or adding any facts."

He is the highest-ranking police officer to be summoned for questioning after the team sought warrants to detain four senior officers Thursday.