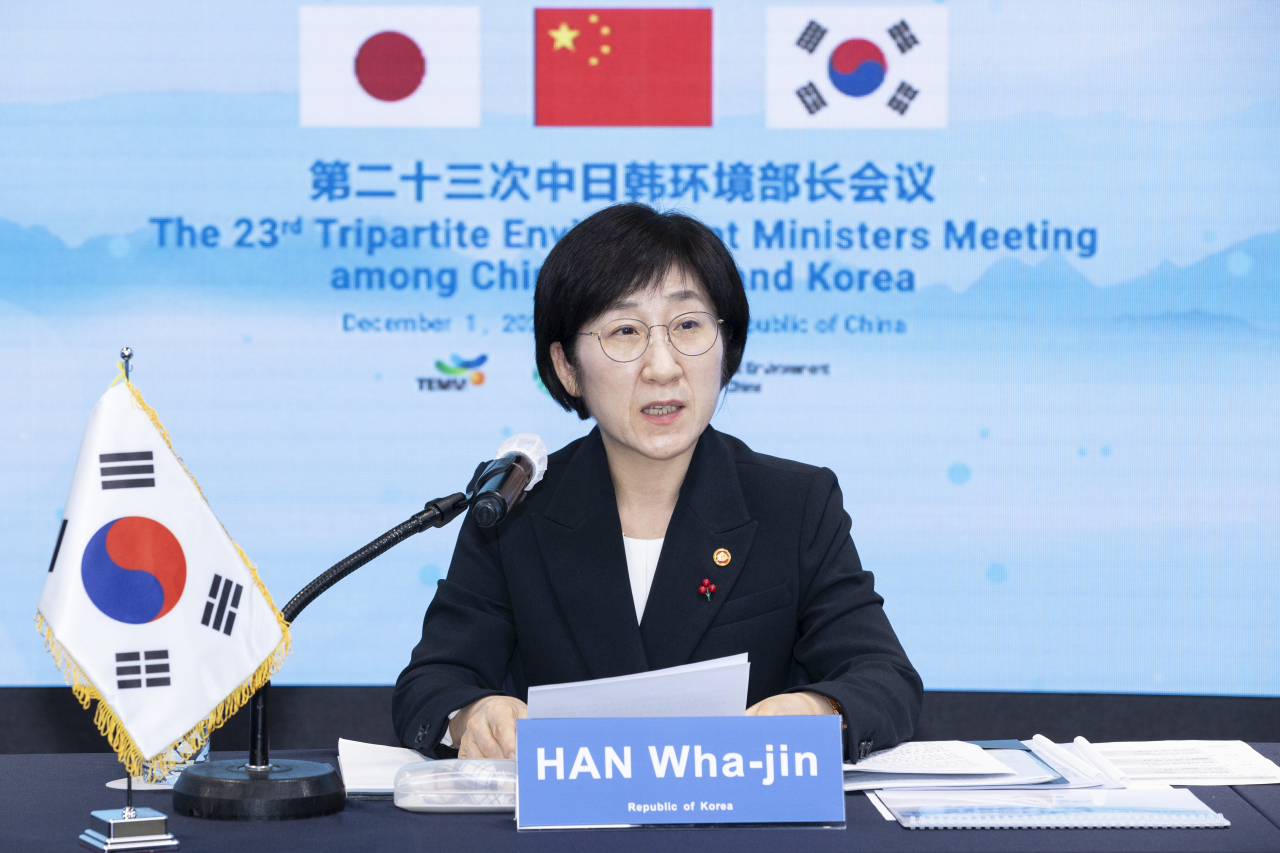 Han asked for Beijing and Tokyo to attend the 2nd U.N. Framework Convention on Climate Change (UNFCCC) Korea Global Adaptation Week slated to take place in Incheon, west of Seoul, in August next year. The gathering is one of the biggest international adaptation events.

The Chinese side requested cooperation in efforts to adopt the Post-2020 global biodiversity framework designed to guide related actions through 2030 when a key U.N. biodiversity conference opens in Canada on Dec. 7. China is the president of the conference, according to the ministry.

At the meeting, the three countries signed a joint agreement highlighting their will for cooperation on environmental issues. (Yonhap)