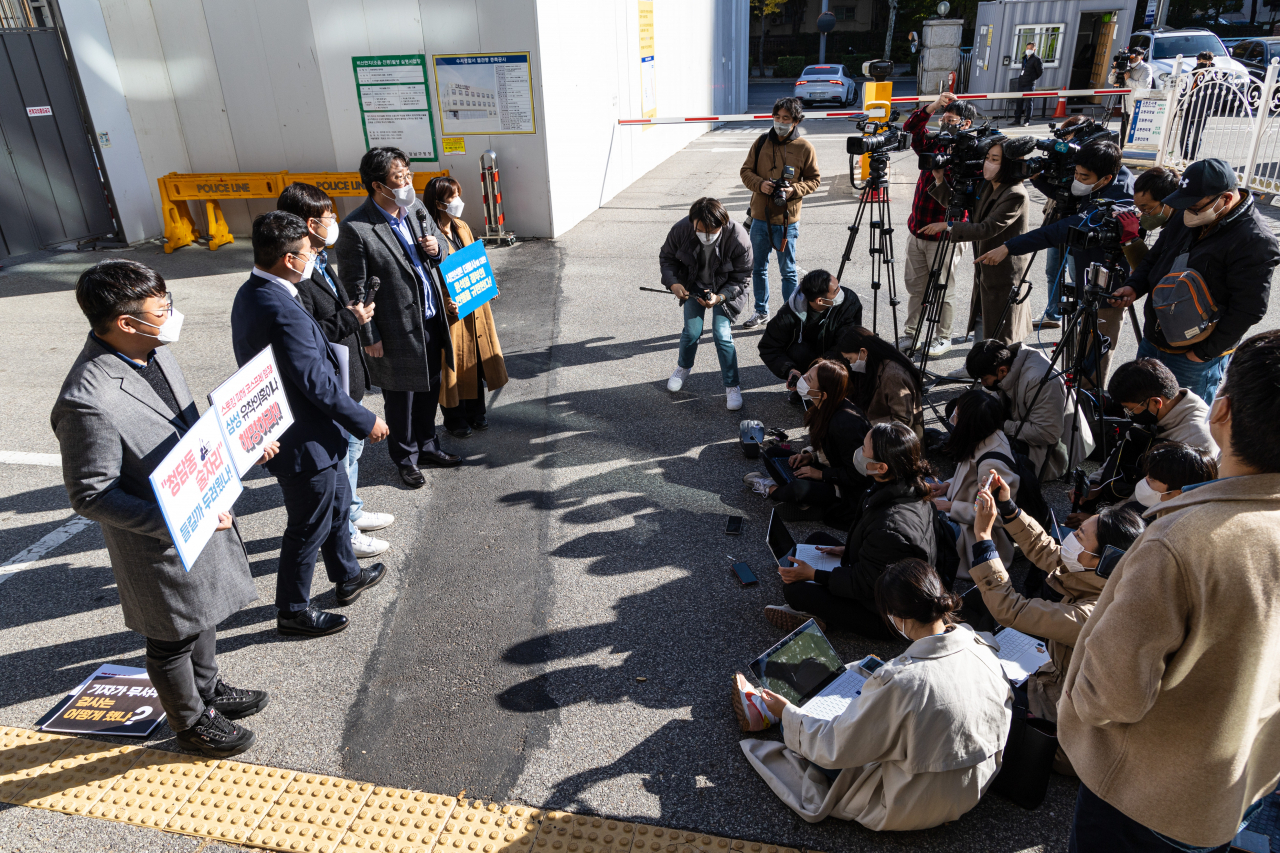 A group of reporters and officials from Citizen Press the Tamsa TV speaks in front of Seoul Suseo Police on Nov. 4. (Yonhap)

With a recent tit-for-tat between Justice Minister Han Dong-hoon and Citizen Press The Tamsa TV inviting a discussion on the status of citizen journalists, local academics on Wednesday described them as a new form of news media but said they did not comply with the rules and ethics of traditional journalism.

“The Tamsa TV could be classified as citizen journalism, as it doesn’t gather news materials by complying with the rules and ethics (of media), so it could also be perceived as media that’s immature,” said Yoo Seung-chul, an associate professor of media convergence at Ewha Womans University.

"The Tamsa TV is a digital-native media that doesn’t take after traditional news outlets," he said.

Known for its left-wing coverage, the citizen journalism outlet was first launched as “Open Mind TV” in 2020 as a “channel made by citizens that can contribute to society," adding that it aimed to “find the truth by being on the citizen’s side,” according to its website.

Controversy over the outlet's news reporting methods flared up after five journalists from the channel on Sunday reportedly entered the justice minister's apartment building.

Han called the police and accused the reporters of housebreaking and retaliation. The Supreme Court has administered a restraining order against one of the outlet's journalists after they were accused of following Han home for a month.

Citizen Press The Tamsa TV is not among the 199 media companies officially registered as members of the Journalists Association of Korea. According to the organization, the YouTube channel does not qualify to go under review as a potential member because the company has fewer than 20 journalists. 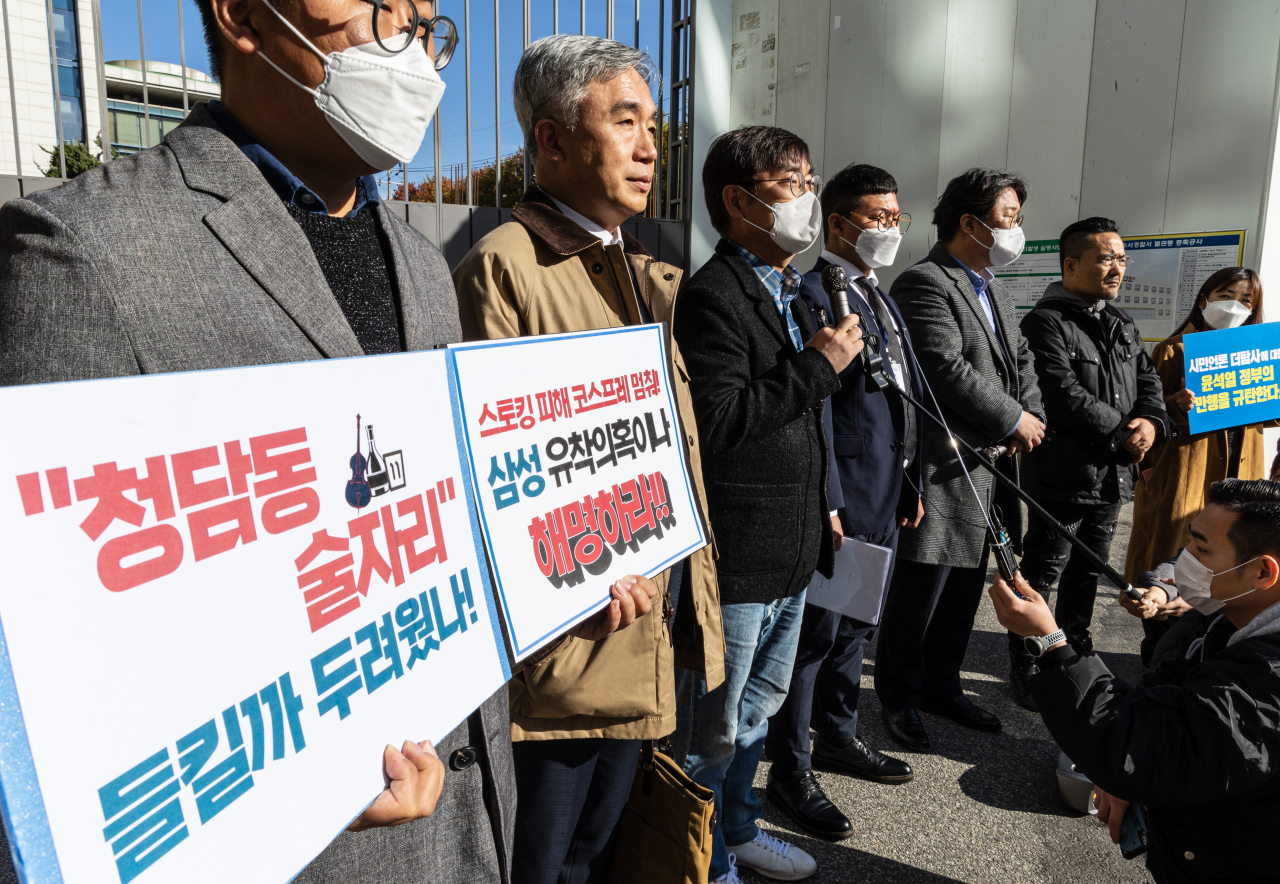 A group of reporters and officials from Citizen Press the Tamsa TV speaks in front of Seoul Suseo Police on Nov. 4. (Yonhap)

“The Tamsa TV can be seen as a new type of news media on YouTube, a video-centered platform. But how they operate their channel and obtain news materials is not how traditional legacy media do it,” Yu Seung-hyun, a professor at the graduate school of journalism and mass communication at Hanyang University, told The Korea Herald.

The Tamsa TV has previously drawn criticism after it reportedly teamed up with Rep. Kim Eui-kyeom of the Democratic Party of Korea and alleged that Han had late-night drinks with President Yoon Suk-yeol and 30 lawyers from Kim & Chang, a prestigious law firm here, at a luxury bar in Cheongdam-dong, southern Seoul, on July 19 and 20. A cellist believed to be the source told police she made up the rumor.

The outlet ran stories based on information from unidentified sources about first lady Kim Keon-hee during this year’s presidential campaign, claiming that Kim was previously a bar hostess named “Julie” and lived with a senior prosecutor before tying the knot with Yoon in 2012.

Han referred to the online channel as “narrow-minded political gangsters.”

“The Tamsa is working with mainstream politicians like Kim Eui-kyum or believing somebody will help them behind the scenes, and have played the role of political gangsters in the past,” the justice minister said on his way to work on Monday.