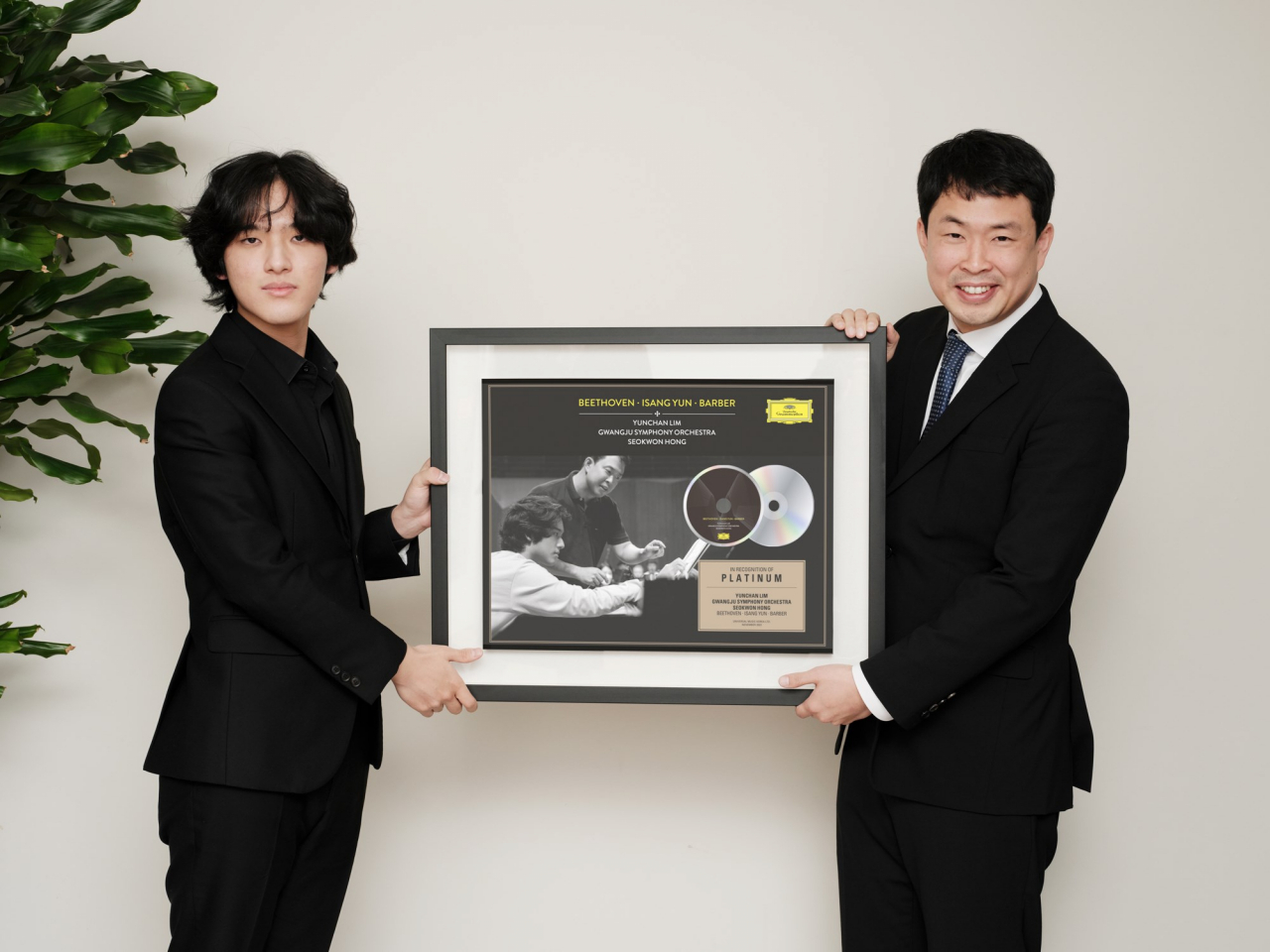 The live recording album of pianist Lim Yun-chan and the Gwangju Symphony Orchestra became a "platinum-selling" album within hours of its release, Universal Music announced Wednesday.

A platinum-seller had been expected as presales of the album had reached nearly 10,000, according to an official at Universal Music on Wednesday. In Korea, domestic operators of major labels like Universal, Sony and Warner Music consider an album platinum when 10,000 copies are sold.

“Beethoven, Isang Yun, Barber” is a live recording from Tongyeong Concert Hall on Oct. 8 and also the first album released by the winner of the 17th Van Cliburn International Piano Competition.

The CD was released Monday in South Korea, and became available worldwide on the same day via iTunes, Spotify, YouTube Music and local streaming service Melon, among others.