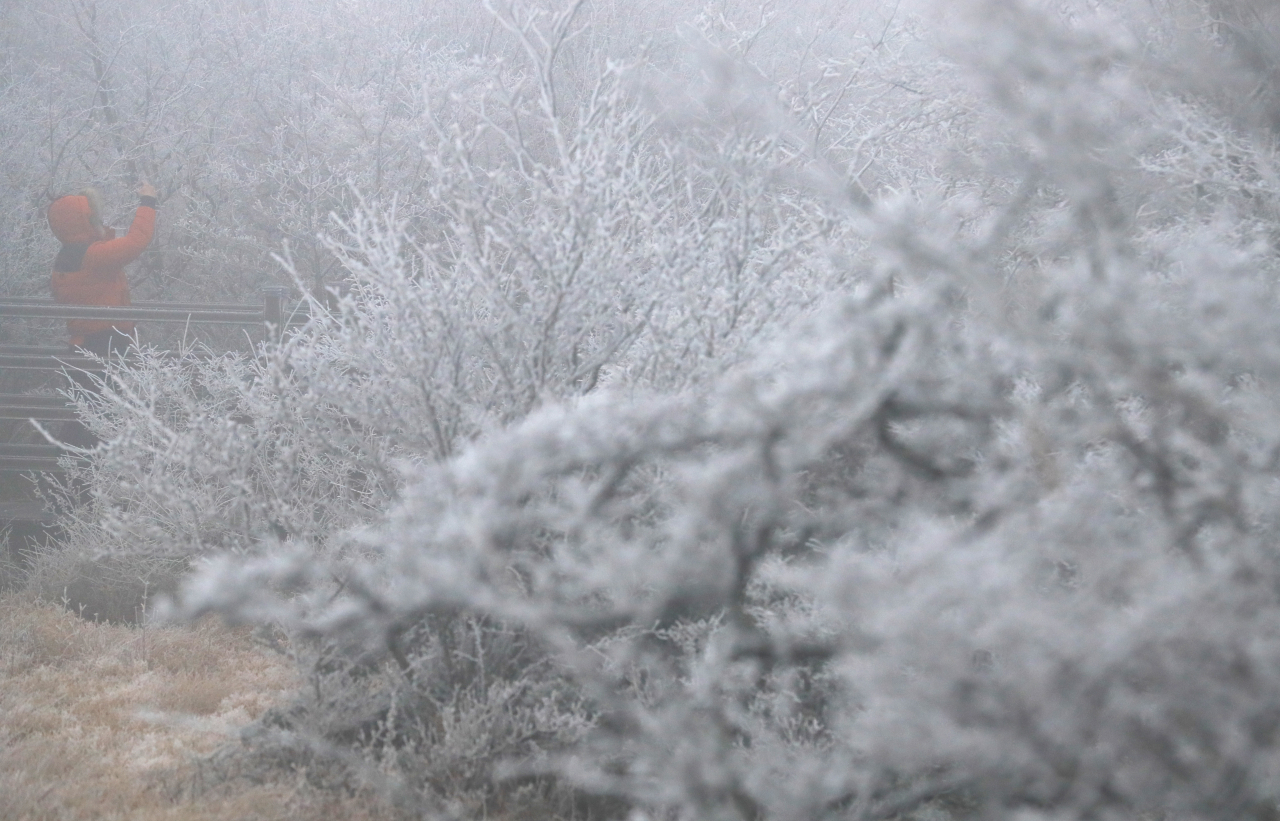 Snowflakes bloom on Hallasan on Wednesday morning after the first snow fell over Jeju Island this winter. (Yonhap)

A nationwide cold wave advisory was issued Wednesday morning, while Seoul and Incheon had their first snow this winter the night before. It is unusual for a cold wave advisory to be issued in November, according to weather officials.

Jeju Island also saw its first snow at 5 a.m. on Wednesday, 22 days later than last year, and is the latest record since 2010.

Although the first snow fell relatively late, plunging temperatures prompted authorities to issue a cold wave advisory across the country. The lowest temperature in Seoul on Wednesday morning fell to minus 7 degrees Celsius. Since 2000, the mercury has fallen below minus 7 C only twice in Seoul in November: minus 7.3 C on Nov. 27, 2015, and minus 7.2 C on Nov. 19, 2008.

Minimum sensory temperature was observed to be around minus 15 C across the country due to strong winds.

The KMA warned that safety accidents may occur in the sudden cold.

"Since it rained the previous day, roads may freeze. Also, roads will be slippery and dangerous due to short visibility and freezing rain or snow until Thursday," the KMA said.

Strong winds and high waves could disrupt aircraft and ships, the agency said, and urged travelers to check travel information in advance.