Despite the eventual loss, Monday’s match against Ghana has produced some bright spots for struggling South Korea in the FIFA World Cup in Qatar. One of them is the rediscovery of Cho Gue-sung.

He scored two goals against the Black Stars during his team’s 2-3 loss, marking the first time a Korean has ever scored more than once in a single World Cup match.

The 24-year-old K-League player’s stellar performance in his first World Cup start appears to be drawing the attention of teams outside South Korea.

Turkish newspaper Takvim reported that Fenerbahce S.K. of the Turkish Super League is in contact with the South Korean striker. Takvim added that the team is in competition with the Stade Rennais FC of the Ligue 1 of France to snag Cho.

But those are not the only teams who have shown interest in Cho. Lee Young-pyo, who formerly played for the national team and Tottenham Hotspur, said on the radio on Tuesday that a technical director of a “very good team in Europe” has contacted him with interest in scouting Cho, after South Korea’s first Group H match against Uruguay. 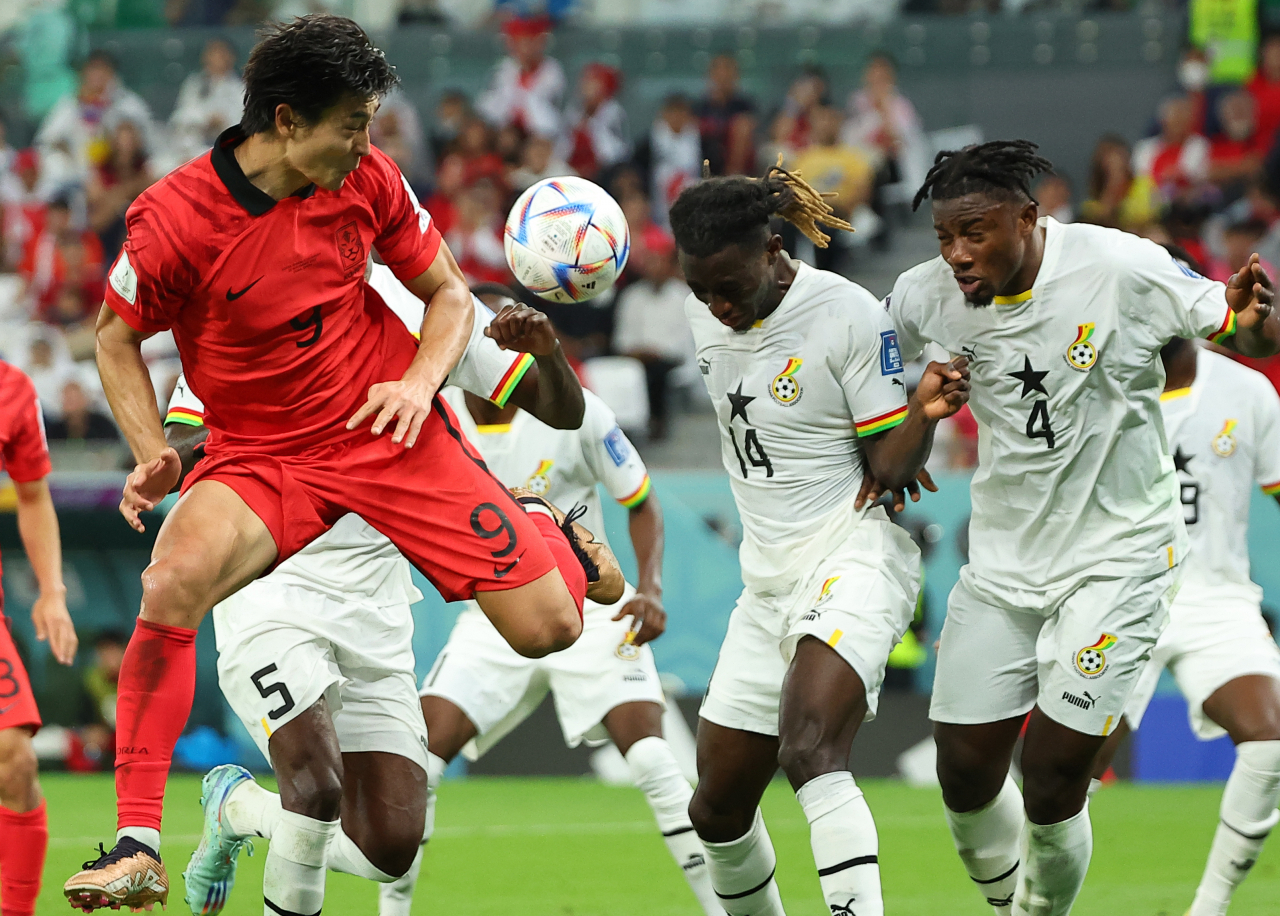 Lee explained that in addition to his skills, Cho’s appeal includes his age and the fact that his mandatory military duty has already been taken care of.

The World Cup is often an opportunity for players playing in relatively less prestigious leagues to showcase their talent to the world. Park Ji-sung, former midfielder of Manchester United and longtime captain of the national team, was picked up by European scouts after his standout performance at the 2002 tournament, when he was just a 21-year-old with no international profile.

Fans of Cho are keen to see if he will be able to do what others before him have done, and ride his newfound fame all the way to the big leagues.

Cho only recently joined Paulo Bento’s squad when he played in the World Cup qualifier against Lebanon in September 2021. Despite having a well-established career in Korea, he was little known outside K-League. On the national team, he was often eclipsed by world-class teammates like Son Heung-min and Kim Min-jae.

But the young striker’s popularity has been rapidly growing since his World Cup debut last Thursday against Uruguay, a brief appearance off the bench. The number of followers on his Instagram page skyrocketed from around 20,000 to over 750,000, a figure which jumped again to over 1.3 million as of Tuesday, the day after the Ghana match.

Prior to Monday, attention given to Cho’s good looks possibly outweighed his considerable skills on the field. When you type in his name in Google, the autocomplete recommends words like “type of woman Cho likes,” “Cho dating,” “Cho marriage” and “Cho Park Seo-joon,” with many fans comparing his looks to the Korean actor Park. 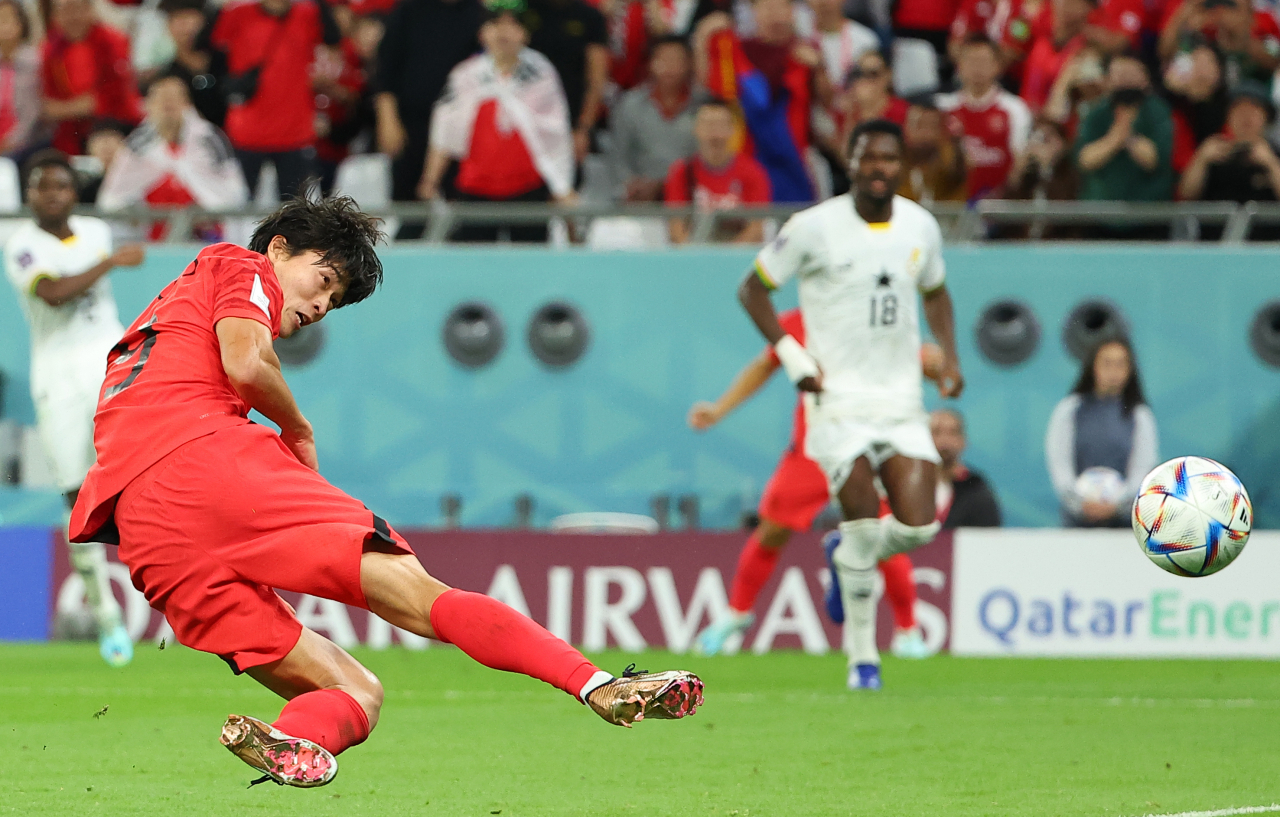 But Cho has proven time and again his presence in the field. He played a crucial role in Jeonbuk Hyundai Motors winning the K League championship and the Korean FA Cup in 2020. In 2022, he was named to the K-League Best XI and was the league’s top scorer.

After Monday’s heroics, he is establishing himself as one of the most prominent young players in South Korea, despite not playing in a high-profile European league.

Another thing that stands out about Cho is his humility. Despite the only Korean to score so far in Qatar, his first words after Monday’s defeat was, “I apologize to the fans who stayed up late (in South Korea) to watch the game.”

“I was just an insignificant player, and I can’t believe I’m playing in the international level,” he added.