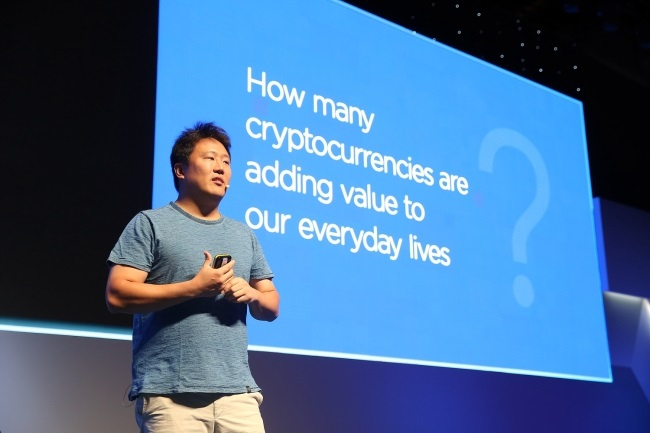 Prosecutors said Wednesday they have sought an arrest warrant for Daniel Shin, co-founder of Terraform Labs, for allegedly gaining illegal profits before the massive collapse of the blockchain firm's cryptocurrencies.

The Seoul Southern District Prosecutors Office said the warrants were also sought for three other Terraform Labs investors and four engineers of the firm's cryptocurrencies -- TerraUSD and Luna.

Terraform Labs has been under investigation for alleged fraud and tax evasion after investors filed complaints against Do Kwon, another co-CEO, in May. An Interpol red notice has been issued for Do, whose whereabouts is still unknown.

Prosecutors suspect 37-year-old Shin stored Luna -- which had been pre-issued without notifying regular investors -- and pocketed illegal profits worth 140 billion won ($105 million) by selling the tokens at a high point.

While there is currently no legal clause on stablecoins and bitcoins under the Capital Markets Act, prosecutors said they view Luna cryptocurrency as a financial investment security.

Charges against Shin also include violating the Electronic Financial Transaction Act, as the customer information and funds of fintech firm Chai Corp. were allegedly used to promote Luna, prosecutors said.

Shin, meanwhile, once again refuted any ties with Terraform Labs following his departure from Do in March 2020, when he moved on to found Chai. Shin stepped down as CEO of Chai earlier this year.

"I left (Terraform Labs) two years before the collapse of Terra and Luna, and have nothing to do with the collapse," Shin said in a written statement, expressing strong regret against the prosecution for seeking a warrant despite his cooperation with the investigation. (Yonhap)