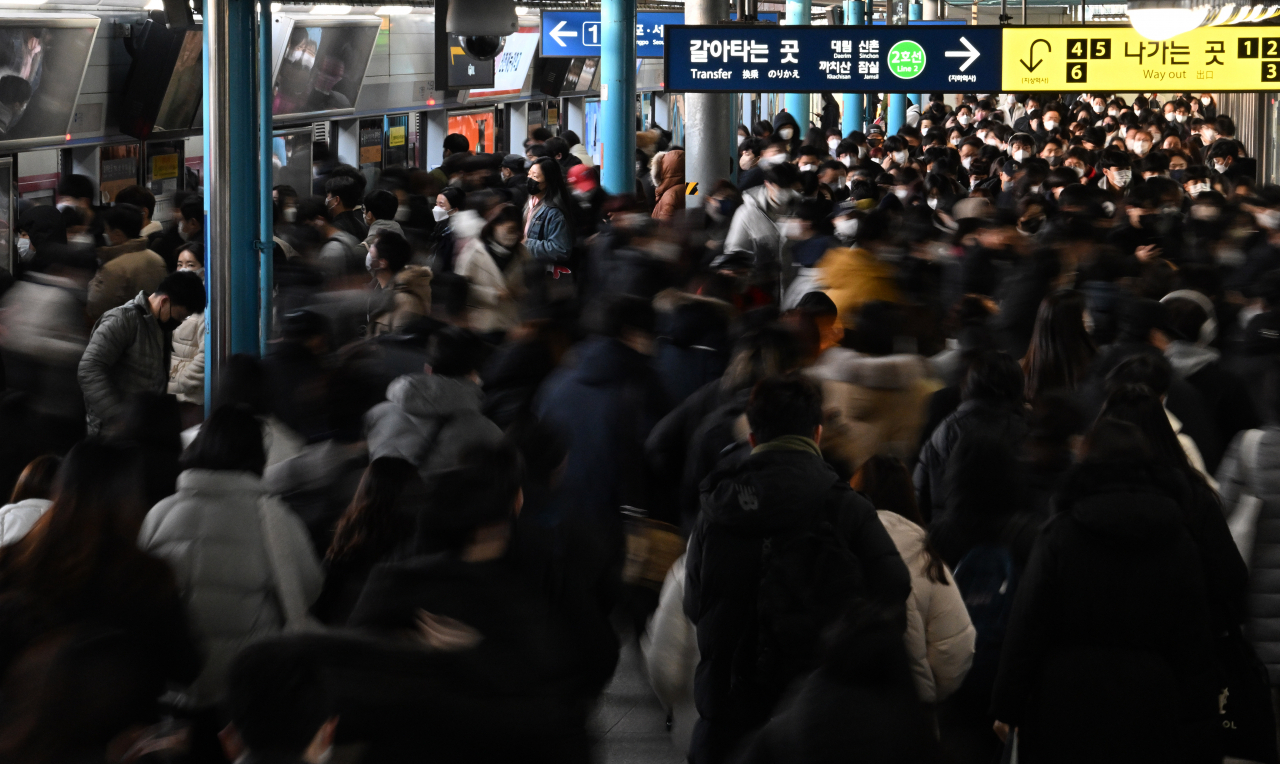 Commuters are seen moving busy at Sindorim Station on Subway Line No. 1 and 2 on Wednesday morning when unionized Seoul Metro workers went on a massive strike for first time in six years in a cold weather that went down as low as minus 6.9 degrees Celsius. (Im Se-jun/The Korea Herald)

The labor union of the state-run Seoul Transportation Corp., the main operator of the Seoul Metro public transit network, began a walkout at 6:30 a.m. Wednesday, as the union refused to accept management's plan to downsize.

On the sidelines of the subway union's industrial action that kicked off for the first time in six years, the union also held a rally near Seoul City Hall at 10:40 a.m., with some 6,000 people taking part.

The strike is to cause the transit network of South Korea's capital to run fewer trains daily, affecting Line Nos. 1 through 8.

Seoul said it has mobilized alternative workers, comprising retired Seoul Metro workers or employees of Seoul Metro's vendors. No major disruptions were reported in the morning.

Combined with those employees who have to stay at work regardless of the strike, the alternative workers will bring staffing to about 80 percent of the usual level, allowing the subway train operator to minimize the impact of the strike during rush hour.

The overall interval between subway trains across affected lines will be longer, going from five to nine minutes to six to 9 1/2 minutes. The start of cold weather coupled with rush hour protests by advocacy group Solidarity Against Disability Discrimination added to the disruption of the public transit network.

Starting late in the morning, intervals extended to 15 minutes at the worst. 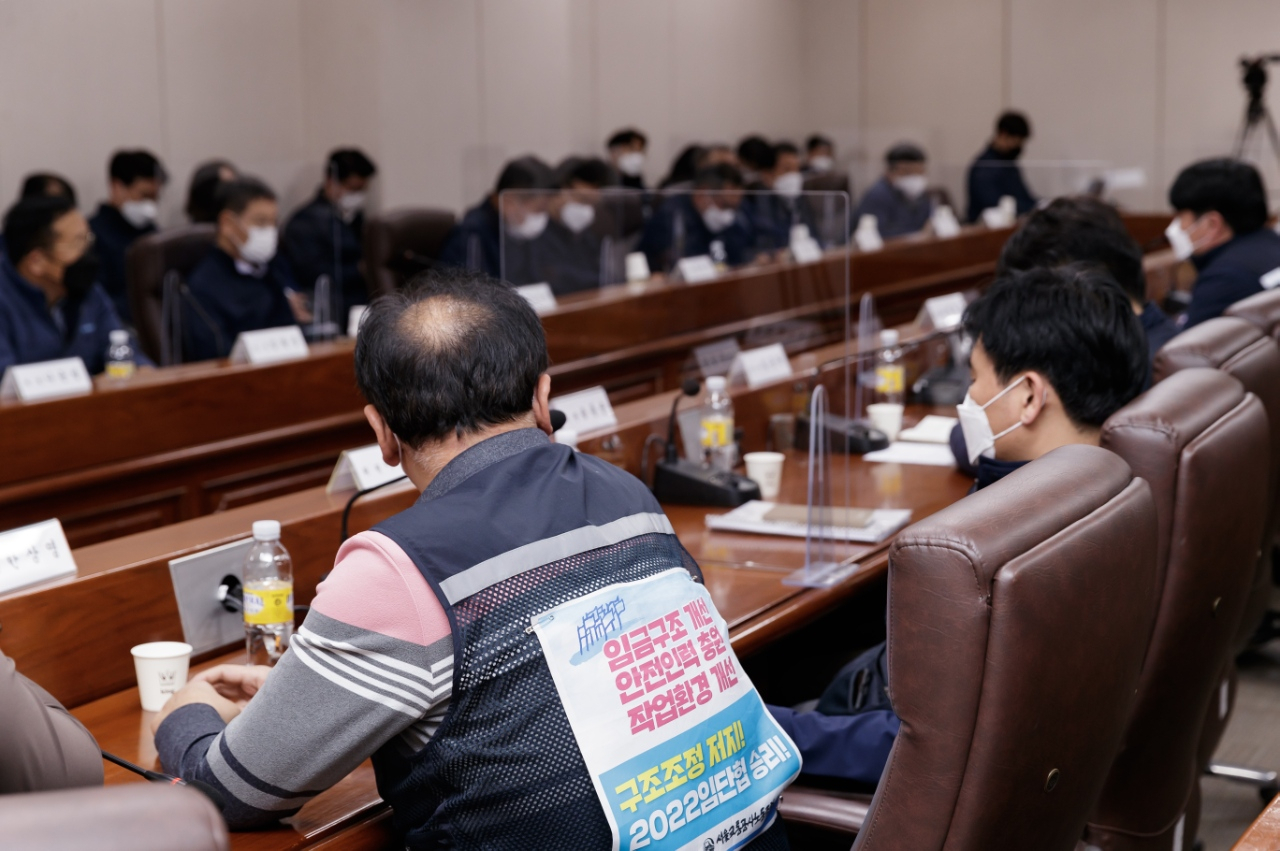 The fifth round of talks between management and workers on Tuesday night failed to make headway. The management hinted at pushing ahead with the restructuring plan in September, which the labor union saw as "a step backward" from the labor-management agreement in 2021 that dictated no downsizing would take place under any circumstances.

In 2021, the management of Seoul Metro suggested cutting about 10 percent of its 16,000 staff over the course of five years to reduce losses. This triggered collective action by the labor union, but it did not lead to a strike.

But the subway operator in September again came up with a downsizing plan that would not involve layoffs, but instead the retirement of senior employees and outsourcing of nonessential operations.

The suggestion led to a collapse of the labor-management talks in October. The Seoul Metro labor union confirmed its plan for the strike on Nov. 4.

Talks resumed last week in a last-ditch effort to avoid the strike, only to soon break down again.

Seoul Mayor Oh Se-hoon vowed to take a hard-line stance on Wednesday in response to the union's industrial action, refusing to appear at a meeting between the union and management, as requested by the union.

"On the surface, the labor union calls for a withdrawal of the restructuring plan, but Seoul sees the strike as being linked with the unraveling truckers' strike," Oh told reporters.

In the meantime, the labor union of Korail, which also runs a segment of Seoul's public subway transit system, is poised to stage a walkout beginning Friday unless progress is made in its own talks with management.

It comes as the latest in a series of industrial actions to take place in Asia's fourth-largest economy. The high-profile cargo truckers' strike invoked the response of an executive order to return to work, following President Yoon Suk-yeol's approval at a Cabinet meeting Tuesday.

"Negotiating with the unionized workers every moment (they protest), instead of resolving the dispute by law and principle, will engender another strike and breach of law," Kim said.

This is in line with Yoon's comment Tuesday that such strikes come "without a reasonable cause" given their above-par wages and working conditions.